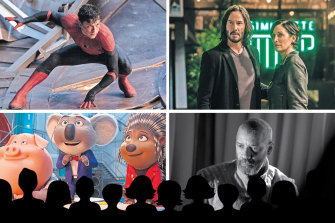 There’s no shortage of good films to watch on Boxing Day.

While cinema executives have spent the year fretting – with pandemic shutdowns and ever-fiercer competition from streaming services – one event last weekend raised spirits through the multiplex roof.

The exceptional opening for Spider-Man: No Way Home showed that audiences will still pack cinemas for the right movies.

Marvel’s latest superhero adventure surprised just about everyone when it took $26.2 million over the weekend – more than double the year’s previous best opening of $11.2 million by No Time To Die. Around the world, young fans who had salivated over trailers and glimpses of the story, drove it to almost $850 million for the weekend.

“Couldn’t be happier for the industry,” the chief executive of the Hoyts chain, Damian Keogh, said. “It’s reason for a bit of optimism going forward.”

Even amid concerns about Omicron, Spider-Man’s success has brightened the outlook for Boxing Day. The line-up for what is traditionally the biggest movie-going day of the year is dominated by Hollywood sequels and Oscar contenders. 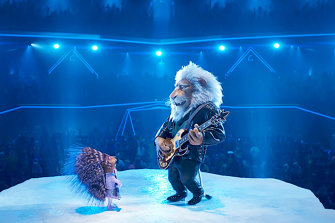 For families with young kids, there is the animated Sing 2, with Matthew McConaughey voicing optimistic koala Buster Moon again. For fantasy and sci-fi fans, The Matrix Resurrections reunites Keanu Reeves and Carrie-Anne Moss and the smaller-scale Swan Song has Mahershala Ali as a dying man facing a choice.

Also opening are two warmly reviewed foreign-language films in Norway’s The Worst Person In The World and France’s Delicious. 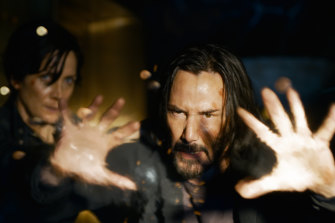 Keanu Reeves and Carrie Moss in The Matrix Resurrections.Credit:Warner Bros

It is a solid line-up that should give viewers reason to leave home despite two big new movies stacked with stars on streaming services – Netflix’s apocalyptic satire Don’t Look Up and Amazon Prime’s Lucille Ball drama Being The Ricardos.

Only missing from cinemas are an upmarket British drama, a broad-appeal comedy – the Jumanji movies have been big on past Boxing Days – and an Australian crowdpleaser.

Mr Keogh said the trend to release major Hollywood movies just before Christmas has taken some of the emphasis off Boxing Day as the year’s busiest day.

“It’s still a big day but it’s spread out more now,” he said. “A lot of people avoid the shopping centres on Boxing Day because they’re so crowded with the sales and the carparks are full …

“But because a lot of movies are released on that day, it tends to be a bellwether for how they’ll perform.”

Mr Keogh expected Spider-Man to reach $50 million over the holidays, which would put it inside the top 15 hits at the Australian box office, and No Time To Die to crack $40 million. But he is unsure about the impact of surging virus numbers. 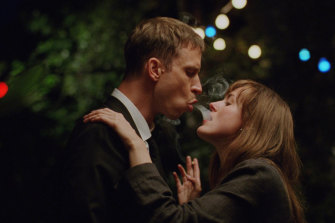 Renate Reinsve and Anders Danielsen Lie in The Worst Person in the World.Credit:Madman

“Hopefully people get their boosters and hospitalisation rates are low but we work very hard to create a safe environment in our cinemas in terms of cleaning and staff being fully vaccinated,” he said. 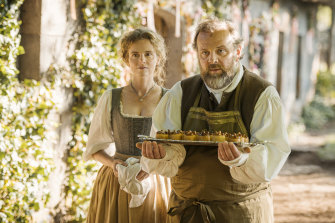 The director of Entertainment for the Event chain, Luke Mackey, thinks there is a strong line-up of movies for adults over the holidays.

“House of Gucci is the one I can’t wait for,” he said. He also expected The Matrix Resurrections to be popular despite the long break since two disappointing sequels.

“I have a significant man crush on Keanu,” Mr Mackey said. “I hope it’s going to be great [but] irrespective of whether it’s good or great, it’s going to do well.

“It’s Boxing Day and people are desperate to get out of the house.”

Benji Tamir, program manager for the family-owned Randwick Ritz in Sydney and Classic, Lido and Cameo cinemas in Melbourne, said optimism over Spider-Man was tempered by COVID-19 concerns, especially for older movie-goers. 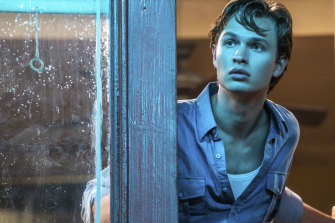 When the Jim Broadbent-Helen Mirren film The Duke was delayed until March, it was a sign the industry recognised this key audience had been slow returning to cinemas.

“The strongest films will be Spider-Man, Matrix and then, on New Year’s Day, House of Gucci,” he said.