Graham Norton accidentally revealed a spoiler for ‘Wonder Woman 1984’ during an interview with Gal Gadot, much to her horror. Watch the shocking moment here — if you dare.

Graham Norton is about to get a phone call from Warner Bros. The talk show host accidentally let a “major, major spoiler” for Wonder Woman 1984 slip while the cast was on his talk show — and he didn’t even know it! The moment happened while cheerily discussing the movie with star Gal Gadot, who visibly freaked out when Graham casually revealed something that will “make Wonder Woman fans rejoice.”

Read on ONLY if you want to know the big reveal for Wonder Woman 1984, which premieres on December 25: At some point in the film, Wonder Woman will take a ride in the comic book character’s famed invisible plane. “We don’t get to see it, obviously, because it’s invisible,” Graham cracked while Gal’s expression changed to sheer horror. “But the invisible plane is in it.” Gal stopped him before he revealed anything else. 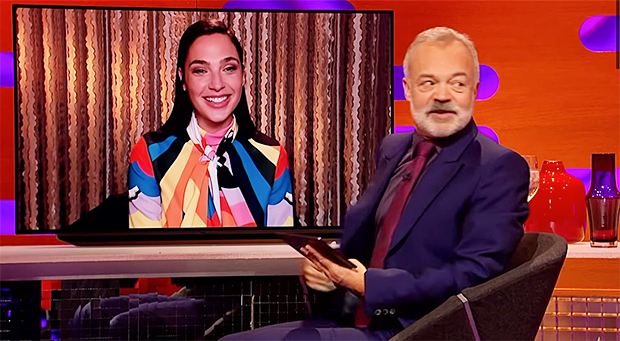 “I don’t think you’re supposed to — I don’t know what you’re talking about, Graham. I think it’s a major spoiler,” she said, nervously giggling. “You just gave away a major, major spoiler. It’s okay, it’s okay. Warner Bros. will sue you, I guess. I didn’t say it!” Rumors that Wonder Woman’s invisible plane would appear in the sequel started after seeing the first trailer for the upcoming film.

Around the 1:35 minute mark in the trailer, the superhero and Steve (Chris Pine) take off in a fighter jet to escape the bad guys. She briefly explains to Steve, who’s fresh out of the year 1918, that radar now exists and it won’t be as easy to evade them. Cue Diana and Steve gazing, in awe, at fireworks through the clear top of their jet. Graham’s slip is the first time, however, that the invisible plane has been confirmed for Wonder Woman 1984. 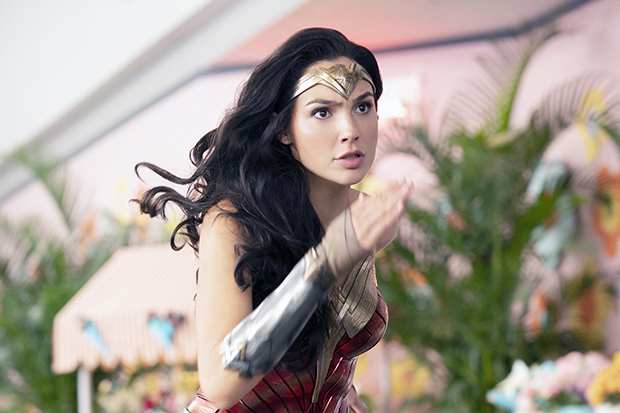 While Gal hasn’t dropped any spoilers about the film, she did hint at a romance between her character and villain Barbara Ann Minerva/Cheetah (Kristen Wiig), in an interview with SFX Magazine. “The sexual tension is always there, I can tell you that!” she told the outlet in May. Wonder Woman 1984 premieres on HBO Max on Christmas Day, December 25.