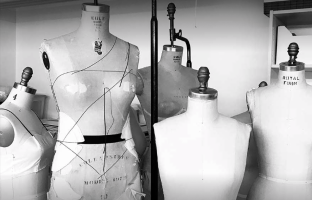 The subway ride worsens it, and Midtown — where In Style USA is located — is no better.

Amid the rise in anti-Asian American and Pacific Islander hate, the business has shortened hours while pairing up employees to ensure they’re walking safely together. While In Style USA is located on the same street as a police precinct, Lock said it is “no safer than any other block in this area.”

The Garment District resides in the Midtown South Precinct, a once tourist-dense destination seeing robbery, assault and burglary on a drastic rise. Garment workers and business owners in Midtown are unnerved by the increased crime generally, and Asian business owners and workers are feeling especially vulnerable given the heightened rise in hate crimes against Asian communities.

From Jan. 1 to May 2, the New York Police Department’s Hate Crime Task Force said the city recorded 180 hate crimes, a 73 percent increase over the same period last year. Asians, followed by Jewish people, were most targeted under these hate crimes. The NYPD believes the number is much higher given that crimes often go unreported.

As for hate crime in the Garment District, “data is not kept to that level of specificity,” according to Sergeant Edward Riley, a spokesperson for the Office of the Deputy Commissioner, Public Information.

But the area is certainly experiencing a rough streak.

From May 10 to 16, a robbery a day was reported in the Midtown South Precinct, compared to just one complaint filed in the same week last year — marking a 600 percent uptick. Meanwhile, the First Precinct — which includes the SoHo fashion neighborhood where retail and designer studios mingle at the cobbled streets — reported no changes in robbery, and in fact, a drop in assault and burglary for this same week.

“One of our customers, one of her production girls — who was not Asian — actually got pushed to the ground and didn’t even know who her assailant was because, by the time she had come to, her assailant had already run off,” said Lock, saying Midtown has completely changed.

A native New Yorker, Lock isn’t easily dismayed and has worked in the apparel business for decades — in the heart of the Garment District. She’s witnessed the city shaped by much broader events — first, rezoning of the historic fashion-making district — then the pandemic that brought unparalleled violence against Asian American and Pacific Islander communities.

Amid all of the compounding trials of the past year, she wonders when she and her peers will finally catch a break after “answering the call,” as she put it, for personal protective equipment for the city and state.

As recently as 2018, rezoning clamped down further on fashion, relaxing a 1987 rule that required landlords to lease building space to fashion-industry tenants. “Change” was already an oft-cited complaint for fashion tenants trying to preserve the integrity of the Garment District as rezoning and offshoring shaped the landscape while pulling garment manufacturing activities overseas.

A member of the Council of Fashion Designers of America since 2013, In Style USA’s clients have included Helmut Lang, Theory, Alice + Olivia, Ralph Lauren, Dion Lee and Marc Jacobs, over the years. At its peak, In Style USA had close to 70 employees and would perform a range of activities in the making of workwear. The business is now trimmed down to 10 employees and has shifted from workwear to sweatpants. 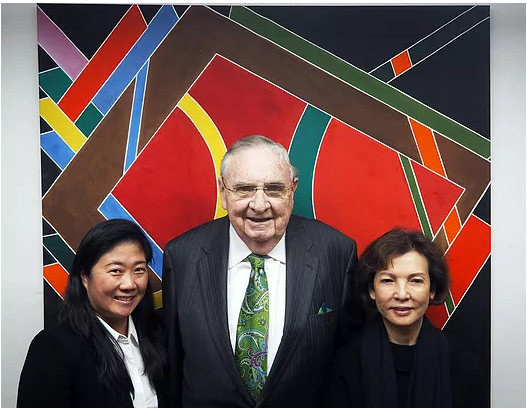 The team behind In Style USA. Courtesy

Another CFDA manufacturing member, Nay Huang, general manager of haute couture house One to 13 Studio in Herald Square, shared “the majority of my employees are Asian. Many, including myself, have become afraid to go out from work, especially in the community surrounding our work location in Manhattan,” said Huang.

One to 13 Studio, she said, adjusted its working hours so employees can go home earlier.

“With regard to personal safety measures, some carry a whistle, and some carry hardware of some sort just in case of an assault. Of course, these measures are not 100 percent protective,” Huang said. “Honestly, I am not so sure how the industry can offer support. Maybe provide a pickup/drop-off service especially for when we must leave late. Or perhaps provide more security or police around the area.”

The fund launched in April 2021, with destinations ranging from Midtown Manhattan to areas in Queens including College Point, Fresh Meadows and Whitestone, as well as neighborhoods in Brooklyn.

Flyers were provided in English, Mandarin Chinese and Korean to maximize potential participation.

In April, 48 safe rides were sponsored through the fund and the hope is for neighboring factory and brand partners to work through fundraising and logistical constraints to iterate on the program in some way, according to Jenny Lee, vice president of marketing at LaPointe.

“Our factory partners and their employees were appreciative of the effort we made to help them feel safer,” Lee said. However, the peak commuting expenses rendered the program unfeasible in the long run, as employee and company-matched funds were exhausted after only a month.

WHAT ABOUT LONG HOURS AT THE ‘HEIGHT OF FASHION WEEK’?

Even with safety as no guarantee, the fashion shows must go on, which means workers continue to be at risk.

“I have reached out to everyone that’s willing to [listen]. Since I have a voice, I am putting it to use,” said Lock, calling her meetings with the city council and reported outreach to organizations like the Council of Fashion Designers of America her “little crusade” that’s served to drum up awareness thus far.

She believes there is ever more work to be done, and looks to the industry for ideas and support.

According to Lock, what is needed right now “is finding funding for how to safeguard the [Asian fashion-employed] community,” to put toward the purchase of personal alarms, hiring additional security or finding more volunteers to walk people which offers the sense of “some kind of safeguard.”

“There are safe walk programs that are in place, but they forget there are also language barriers,” Lock continued. “In Chinatown, they are pretty well set up because most of the community is going to speak the same language but [in Midtown] it is a multicultural environment. I’ve reached out to one of the safe walks up here and their hours are until 7 p.m. — but if you know anything about the height of fashion week — we’re not leaving at 7 p.m.”

Calling for continued support, Lock said: “As an industry, they forget how big [a] part of the industry is made up of Asians.”

Given that In Style USA, LaPointe (under designer Sally LaPointe) and One to 13 Studio are all CFDA members, WWD reached out to the council on Thursday for updated insight and safety resources for Asian manufacturers and factory workers but has yet to hear back.

Elsewhere, Asian-owned fashion, beauty and lifestyle brands are collectively taking action. Led by Revisionary, a platform dedicated to amplifying brands owned by people of color, each participating brand is donating 20 percent of sales this May to fund Asian-led nonprofits like AAPI Women Lead and Project Lotus.