Daini Stephenson freely admits to being spoilt and “soft”.

“I kind of grew up with the idea that I could be anything I wanted, and I think, as millennials, we’ve all been told we’re pretty little butterflies and we basically can do anything,” says the a 26-year-old communications and cultural studies graduate. 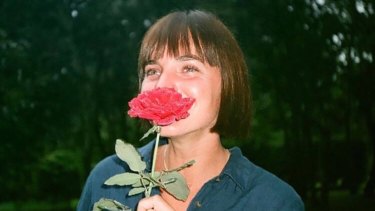 A word of opportunity: Daini Stephenson.

“Our parents have had, maybe two or three jobs in their life. Now, millennials, we’re riddled with anxiety over all the choice. We are soft like that … I feel this sense of responsibility or this guilt for having everything at my fingertips but not having a direction essentially.”

In fact, while Stephenson believes this “millennial softness” has positive attributes, like empathy and a desire to fight for social injustice, she “basically agrees” with claims that it’s all the rage for “Generation Wuss” to present as "fragile".

She recounts stories of fellow university students, full of empathetic angst as they protested homelessness by sleeping out in the cold, all the while having a financial safety net of their parents and a warm bed when to return to when they chose.

“They would be anti-societal and 'not giving in to the system' and using social media to promote their activism but not genuinely being in that position,” she says, “in the back of their mind knowing they’re still going to be safe.”

“There's a power in being fragile now,” psychotherapist Stella O’Malley said last week, while promoting her new book, Fragile: Why We Feel More Anxious, Stressed and Overwhelmed Than Ever, and What We Can Do About It. “You get attention and you get status from it in the way that people once did from their yachts and cars … You see it all the time [on social media]: the person with the sad story gets the most attention and the most traction."

O’Malley, who has also written about “Cotton Wool kids”, blames the millennials’ fragility on a combination of helicopter parenting, a cultural shift away from stoicism as well as the positive psychology message that we can do or be anything we put our minds to.

"Not only are these messages not true but they're pernicious and they're dangerous. In the end, that narrative makes people feel like failures," the 44-year-old mother of two told The Telegraph, London.

Controversial American author, Bret Easton Ellis has also made a career poking “Generation Wuss”, as he dubbed them, for their “over sensitivity” and “passive aggressive positivity”.

Like O’Malley, the 55-year-old blames over-protective parents for “smothering” their children, leaving them ill equipped to deal with life’s hardships and, instead, awash with victimhood and outrage.

“What I’ve noticed is a kind of helplessness in millennials,” he told The Guardian last week while promoting his new book, White. “I didn’t realise this until lately, but I was on my own. My parents were narcissistic baby boomers, more interested in themselves than us [they would later divorce]. Not that they didn’t love us, but they were very wrapped up in their own lives.

“I had to grow up on my own. I had to figure things out for myself. I had some help. I’m not saying that I didn’t. But certainly, there wasn’t the over-protective bubble that so many of my friends raised their children in.”

Clinical psychologist, Dr Simon Kinsella says there is “no doubt” helicopter parenting, lawnmower parenting (“chasing the kids around”) and tiger parenting warp emotional development and expectations about the world.

“If you’re brought up in that kind of environment, you’re not really prepared for the real world,” Kinsella says.

While Kinsella says mollycoddling is more common in certain sections of the community, specifically among more privileged families and parents who have very high expectations about academic achievements, he “wouldn’t say it’s pervasive”. 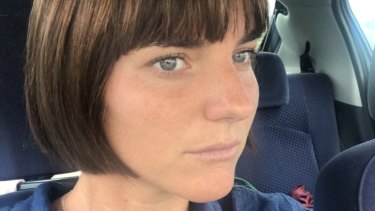 He adds that there's still stoicism and stigma about mental health among millennials. In fact, evidence shows that generational differences are largely exaggerated.

“When we compare [millennials] to how we were at the same age, those stereotypes largely dissolve," says Nick Haslam, a professor of psychology at the University of Melbourne.

“They’re selling books, right?” Kinsella says. “To what extent are they saying it’s fashionable to be open about your emotions and confusing openness about emotions with fragility? “