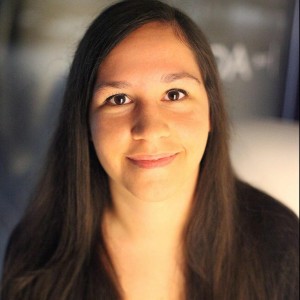 Gina Rodriguez is finally ready to let the world in on her big secret: She’s engaged!

The Jane the Virgin star confirms to PEOPLE that she has been engaged to her boyfriend Joe LoCicero for a month. Rumors of the couple’s engagement began circulating around her 34th birthday last week when she posted several photos of the two cozied up with a huge ring on that special finger.

Rodriguez and LoCicero met in 2016 when he played a stripper on Jane the Virgin, and they started dating soon after. They first revealed their blossoming romance with pictures from their Thailand vacation over Christmas 2016 and have gushed over each other on social media since.

But Rodriguez is still careful not to reveal too much about their relationship and admits to being hesitant to talk about their engagement.

“I don’t even really want to say it’s happening,” she says. “I just want to live! I think there’s a huge blessing in the fact that people care. That’s a beautiful thing, so that feels really good. But another part of me wants to keep a little something that’s just mine, ’cause there’s not too many things I have like that anymore.”

The actress sat down with PEOPLE on Tuesday to talk about her partnership with Always in helping end period poverty across America. The brand will be donating a month’s worth of supplies to school-age girls in need for every pack purchased in stores — all in the hopes that no other girl misses school just because of her period.