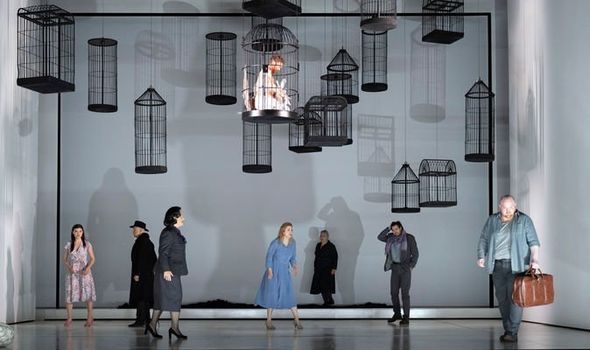 With social distancing regulations having to be applied during rehearsals and the opera house permitted to operate only at half-capacity, they clearly faced problems, both artistic and financial, but to judge from their opening two operas have risen magnificently to the challenge to ive the highly appreciative audience productions fully up to their very high standards.

First, we were treated to Leoš Janáček’s sombre but musically outstanding drama Káťa Kabanová, which is a tale of domestic misery. Káťa is trapped in a dismal marriage, but the real villain in not her husband Tichon but his mother Marfa, an unpleasantly domineering rich widow. Marfa bullies Tichon into imposing humiliating and claustrophobic restrictions on Káťa, but she escapes to have an affair with Boris. Her guilt, however, is too much to bear and leads to a predictably tragic ending.

All four main roles are gloriously sung, especially soprano Kateřina Knĕžíková in the title role, which she performs with a stunning combination of beautiful voice and acting that displays perfect emotional commitment. Swedish mezzosoprano Katarina Dalayman gives a chillingly effective performance as Marfa, while acclaimed British singers David Butt Philip (Roger) and Nicky Spence (Tichon) also have the best brought out of them by Italian director Damiano Michieletto. 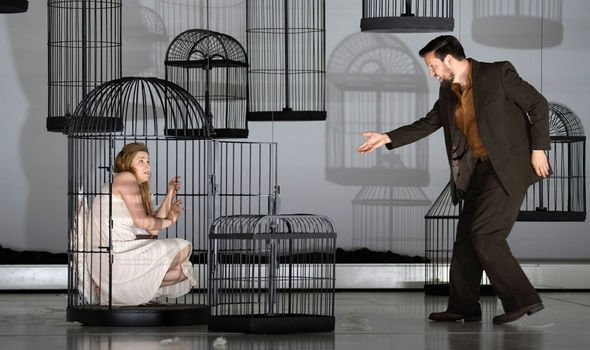 The London Philharmonic Orchestra, somewhat reduced through social distancing restrictions, give a superb performance of Janáček’s powerfully emotional music under conductor Robin Ticciati. Janáček is one of those are composers, like Wagner, who give the audience no opportunity to interrupt the action by applauding the arias, and this gives the conductor and singers to maintain the intensity. Ticciati manages this with impressive authority.

Michieletto’s production makes clever use of suspended cages to symbolise Káťa’s claustrophobic situation. Sometimes, the singers themselves find themselves in these cages, sometimes they contain angelic features from Káťa’s dreams, and one of the cages contains a large rock, which I guessed was symbolic of her worst fears and feelings. The freeing of this rock was perhaps the warning that those feelings could not be held back.

The number of cages multiplies and at the end all come crashing to the stage. This was, of course, dramatically powerful, but I found this all rather too heavy. Even symbols of doom are best kept lurking in the background rather than crashing through. But that is my only reservation about a magnificent performance of a great opera. 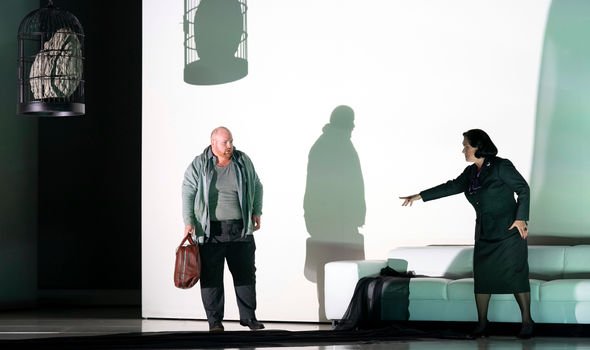 Glyndebourne followed this hugely impressive Káťa Kabanová with something totally different and even more impressive: Rossini’s early comic opera Il Turco in Italia. Comic operas in general are just musical sitcoms, parodying real life. This one, however, adds another level to the comedy by being a parody of itself. Most directors content themselves with trying to make some sort of sense of what is going on, but in the new Glyndebourne production, French director Mariame Clément exploits its lunacy by making even more glorious nonsense out of it. 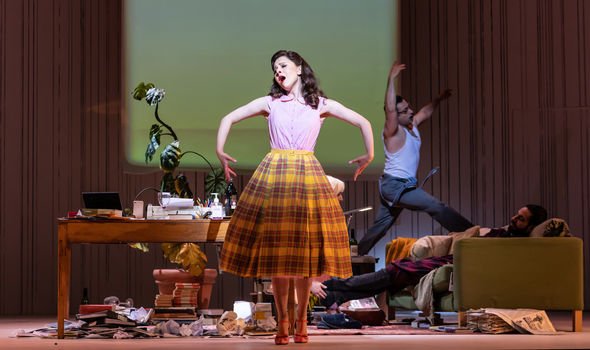 The characters in Prosdocimo’s comedy take form and change as it suits his story, and Clément brilliantly adds to the confusion by showing us his writing as it proceeds. Numerous plot changes, altered motivations and crossings out clearly confuse the singers, and even more confusion and humour are added when the scene inexplicably changes from Prosdocimo’s study to a butcher’s shop. Never have strings of sausages been used in so many different ways, and I have never seen a leg of ham strummed like a guitar before.

Add a chorus wearing face masks and a character with a two-metre stick appearing occasionally to ensure social distancing and we have a topical comic masterpiece. The whole cast sing, act and dance with great skill and hilarity, Italian conductor Sesto Quatrini gets into the spirit of the fun, and it all adds up to exactly what we need at the end to mark the end of Covid. 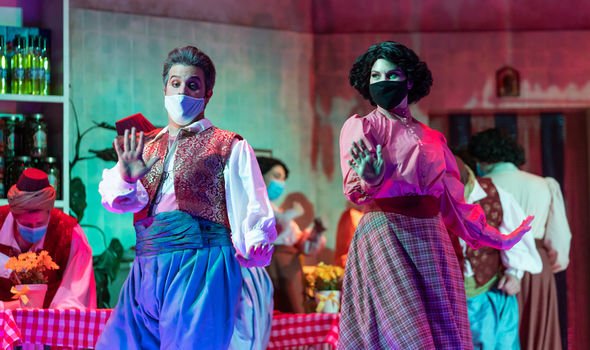 Glyndebourne has put on a totally brilliant show and I loved it.

For full details of these and other productions and bookings, see www.glyndebourne.com