A 69-year-old grandmother who was about to throw a box of old coins in the bin was shocked to discover that one of them is worth £100,000.

The unnamed woman from Hull didn’t realise she was in possession of the Rawlin’s Oxford Crown, an exceptionally rare coin minted in 1644, during the reign of Charles I.

She inherited the piece, which was among a shoebox full of coins, decades earlier from her grandfather and recently rediscovered it while clearing out the attic.

But it was only when she posted it to Leeds-based website Vintage Cash Cow, alongside other items of costume jewellery and a silver plated tea set, that she discovered the true value.

Now experts from the site are organising the auction of the coin, which is expected  to take place in either London, New York or Hong Kong and fetch more than £100,000 thanks to its rarity and exceptionally good condition. 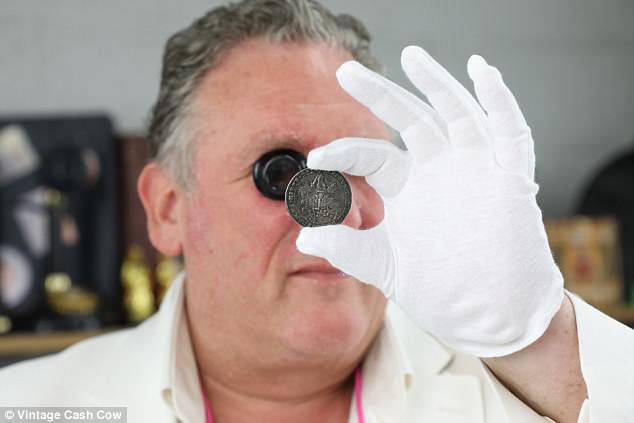 Antony Charman of Leeds-based Vintage Cash Cow with the Rawlin’s Oxford Crown, which has been valued at £100,000 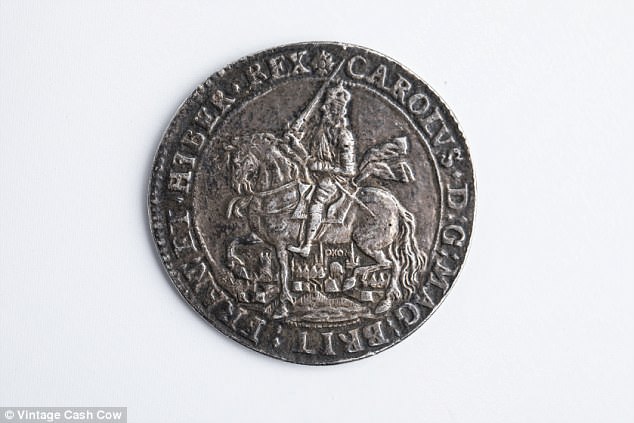 When the owner of the coin came across the box in the attic, she offered it to her children who declined as they thought it was junk.

The woman was going to put it all in the bin, but decided to send it off for a free valuation.

Antony Charman, Head Valuer and Co-founder of Vintage Cash Cow commented; ‘We receive literally tonnes of coins and much of this is only worth its weight in metal.

‘But this distinctive coin immediately stood out. Given its value, we decided to share the good news face to face with the owner and her trusted friend. 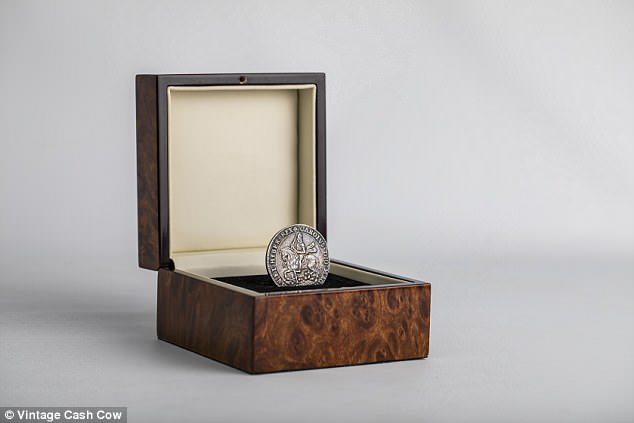 The coin has been valued at £100K because of its exceptional quality and rarity. It’s believed that only 100 were ever made 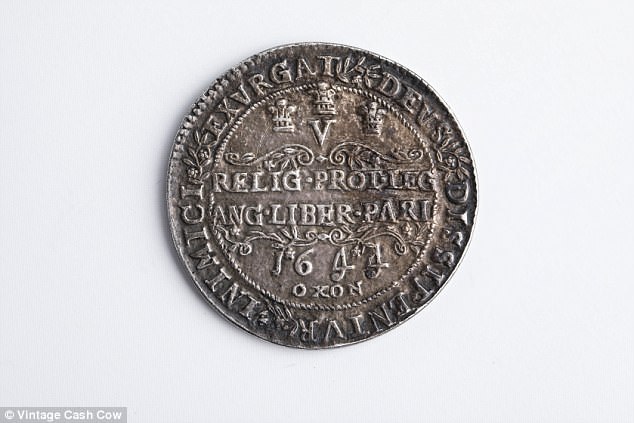 The reverse of side of the coin outlines King Charles I’s aims for the civil war – to uphold the Protestant religion, laws of England and freedom of parliament

‘Her other items were worth £150 and I think she was already delighted with that, but thought a house visit was a little over the top.

‘We then revealed the valuation of the Charles 1st coin and she nearly fell off her chair.’

It’s thought that the coin is one of one of only 100 that were produced.

The owner plans to use the windfall to go on a cruise and help her pregnant granddaughter with a deposit on a house.

‘Our priority now is getting the best deal possible for the owner, which means working with an auction house that will understand the prestige value of selling such a rare coin and keep commission fees sensible,’ Charman added.

What is the Rawlin’s Oxford Crown?

Thomas Rawlins was a medalist and playwright born around 1620, who also worked as a goldsmith and gem engraver.

After the outbreak of the English civil war he was based at the King Charle’s I’s headquarters in Oxford and his signature appears on coins of the Oxford mint from 1644 to 1646.

In 1644 he produced a coin, known as the Oxford crown because of the view of the city behind the King’s figure on horseback.

On the reverse it details his aimed in the war – to uphold the Protestant religion, laws of England and freedom of parliament.