On the heels of announcing their new album, LA rock group Grave Flowers Bong Band go far out and back again – while celebrating one of their heroes – in their new video for ‘Down Man.’

With a dark, distorted sound, Grave Flowers Bongo Band blends the scuzzy psychedelia of the late 60s with the raw power of the scene that birthed the first punks, right before washing it in the sun-kissed leather sheen of modern L.A. With its cosmic neanderthal take on rock and roll, the group has unleashed “Down Man,” its second cut from its upcoming sophomore release, Strength of Spring. With a low-fi production, the “Down Man” video is a trippy affair, but the effects enhance, not detract, from the unadulterated rock going down.

The marriage of acoustic and electric guitars invokes the frizzed-out spectre of Marc Bolan, but the group says they were actually inspired by another rock icon. “We tried to funkadelitize this one,” singer Gabe Flores tells HollywoodLife, referencing the George Clinton-led Funkadelic, the heavier, psychedelic sister group to legendary funk group Parliament. The rock group released a handful of acclaimed albums, and Gabriel  “Channeling Maggot Brain energy to this classic song by Dutch psych-rock royalty Brainbox! Originally released in 1969, we had to pay homage to this acoustic rock banger that was influential to our style.” 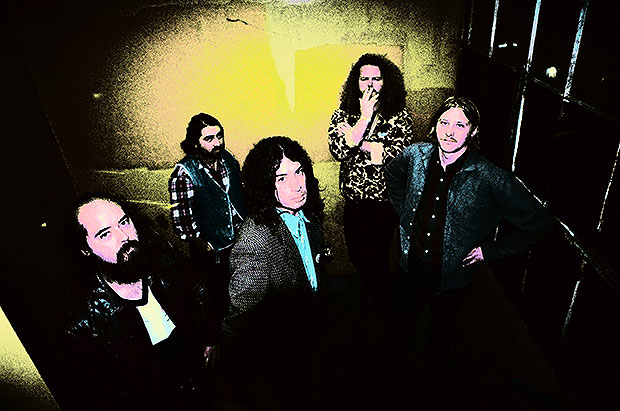 If anything, “Down Man” should be generating your playlist for today, one that adds Funkadelic’s Maggot Brain, Brainbox’s 1969 self-titled debut, T.Rex’s Electric Warrior (or The Slider, whichever you want) before finishing it with Flower Pot, Grave Flowers Bongo Band’s 2018 debut. The last entry is important because fans will want to be caught up.  April 30 will see the band release their follow-up, Strength of Spring. The group shared news of its upcoming release along with the new single, “Smile,” a track boasting Laurel Canyon harmonies against a guitar so fuzzy, it would make Neil Young jealous.

The album will be overseen by none other than the modern psychedelic-punk-noise-garage-rock maestro, Ty Seagall. If having Ty produce the album wasn’t a big enough stamp of approval, it’s coming out on Castle Face Records, the label co-founded by the equally prolific garage rock legend John Dwyer. 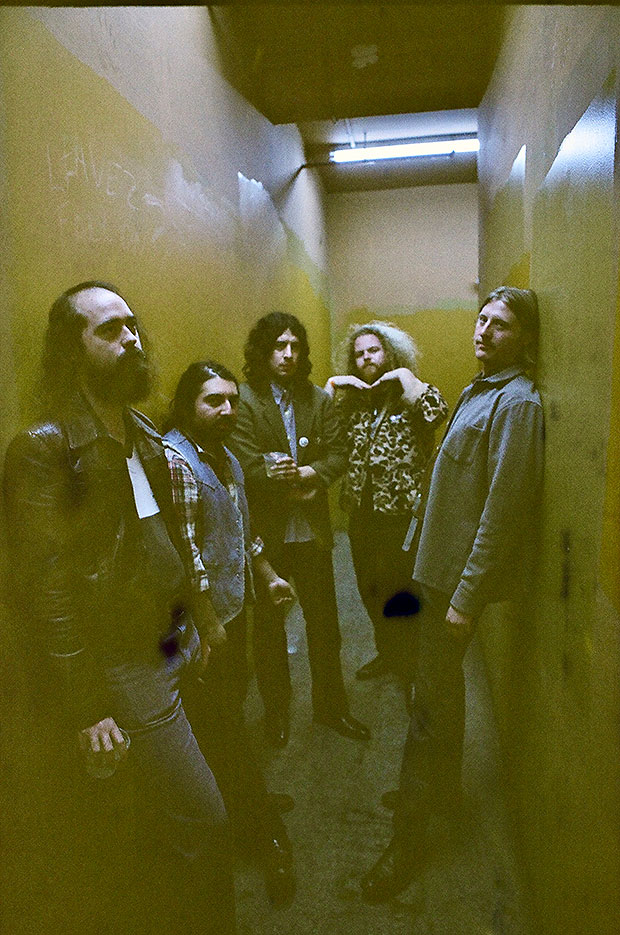 What can fans expect when Strength of Spring arrives? The album promises “generously with sh-t-hot guitar leads… Stoogeseque sax squalls and a gaggle of great eight-armed drum fills…[and] a pied-piper six-string jangling down many lovely rabbit-holes of melody and exploration.” So, don your Boss Dogg hoodie, bust out some vintage Jack Kirby Silver Surfer artwork, and prepare for what will be the funkadelic-est record of 2021 when Strength of Spring drops at the end of April.