Groundhog Day centres around Phil, a rodent who resides in the Pennsylvanian borough of Punxsutawney, at Gobbler’s Knob. Punxsutawney Phil is a weather forecaster, who’s observations on February 2 are fabled to predict the US’ weather for the next six weeks.

Did Punxsutawney Phil see his shadow?

Unlike other weather forecasters, Punxsutawney Phil doesn’t have an array of satellites or even modern technology on hand to predict the weather.

The groundhog relies on his shadow, as if he sees his silhouette on the ground, legend dictates winter lasts for another six weeks.

If he ventures out on an overcast day to no shadow, spring will come early. 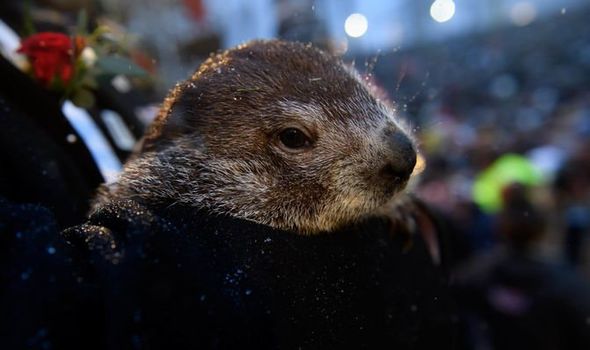 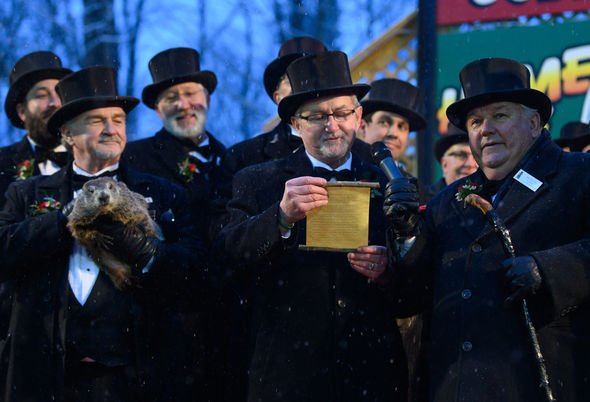 In 2020, Phil failed to notice his shadow, and the Punxsutawney Groundhog Club revealed spring would come early.

He emerged from his burrow at 7.25am ET (12.25am GMT), and the inner circle of the Groundhog Club revealed the prediction.

In their prosaic announcement, they said spring would be early “its a certainty”.

They revealed: “Now my forecast on a day that’s a palindrome will cause some to cheer and some to moan.” 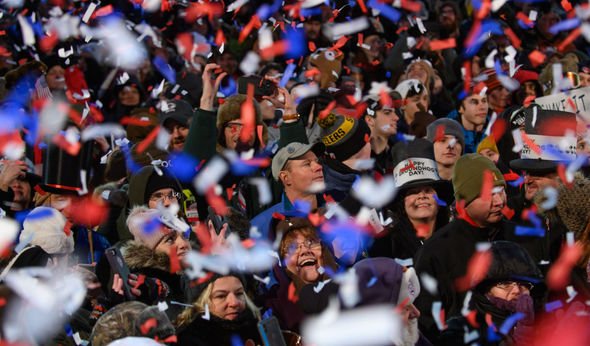 “So do I hope you think it’s neighbourly, for there is no shadow of me, spring it’ll be early, it’s a certainty.”

The seer predicted the same last year, but despite his recent consistency he rarely predicts an early spring.

According to the National Centres for Environmental Information (NCEI), he has forecast spring a total of 20 times, but six more weeks of winter 104.

He is rarely correct, with an overall accuracy rate of 39 percent. 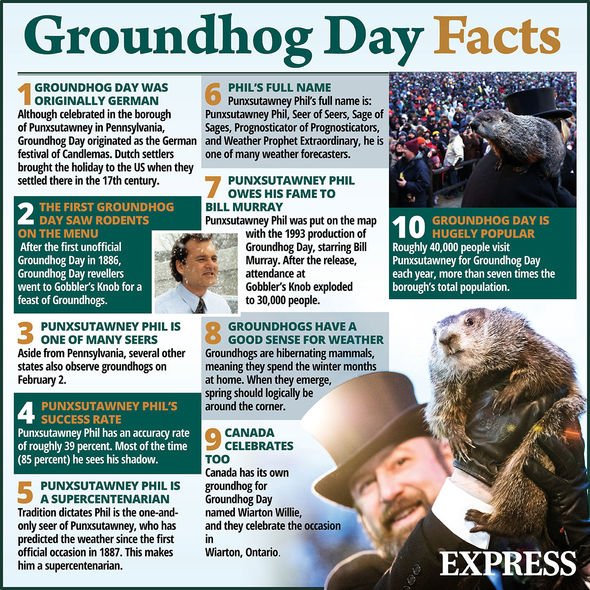 While Punxsutawney Phil’s followers believe spring hinges on the gaze of an oversized rodent, meteorologists have a clear definition for when winter is supposed to end.

The seasons run for three months each in correspondence with the Gregorian calendar.

By the meteorological method, spring will always begin on March 1 and last until May 31.

According to the Met Office, the seasons run as follows:

The astrological seasons, which many people still use to govern the year, run based on the Sun’s position to the Earth.