College living is a whole new world for every student, and that initial culture shock can really throw even the chillest student for a loop. But according to Emily Arlook, who plays Nomi Segal on grown-ish, her character is doing better than most. In an interview with Bustle, Arlook says that Nomi’s entrance into college has been “graceful.” “I think she’s a pretty adaptive person in general, and I think she’s finding her groove,” Arlook says. “She’s definitely enjoying the playing-the-field aspect that usually comes college and parties.” The other thing that makes Nomi’s grown-ish experiences such a pleasure? Her tight group of friends.

Of course, it’s not always sunshine and rainbows in a friend group, and especially this one. This season, Ana, Zoey, and Nomi are all living together, which comes with its own sets of challenges. Arlook, though, sees that as just something that happens when you make the leap from being friends to being roommates. People are way different in their own homes.

“I think just kind of figuring out each other’s boundaries and rhythms and grooves [can be hard], you know,” Arlook says. “Nomi obviously has a lot of hookups that she brings over to the house, so I think learning to navigate and respect the boundaries of Ana and Zoey and realizing that this is someone else’s living space, too, I think that’s a big one.” 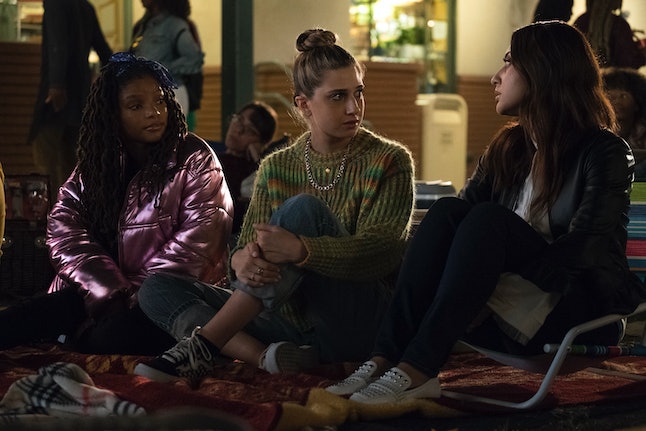 Ana, Zoey, and Nomi are mostly copacetic, but it’s one fight that Zoey has with fellow friend Jazz that divided grown-ish viewers and made Zoey think that she lost all her bosom buddies — Zoey saw Jazz’s boyfriend, Doug, at a party when he wasn’t supposed to be, and she didn’t tell Jazz. She queried all her friends (minus Jazz, of course) as to what to do, and ultimately, decided not to let her girl know. Of course, Jazz found out, and she was not happy.

According to Arlook, Jazz’s frustration with Zoey was justified only because it went deeper than just being angry. It was really about Zoey’s inability to trust in herself to make any decision, let alone one as trivial as that.

Arlook says that it was more about Jazz trying to get Zoey to own her feelings. “Part of it was because Zoey didn’t just tell Jazz — she consulted her friends, saying ‘what should I do,’ and I think that’s what pissed Jazz off, because Zoey should have just gone with her gut.” Zoey looks to other for approval, Arlook says, and after a while, that’s frustrating for friends. “I’ve certainly had that, you know, where you love somebody so much and you’re just like, ‘why don’t you just do this for yourself?’” Arlook says. 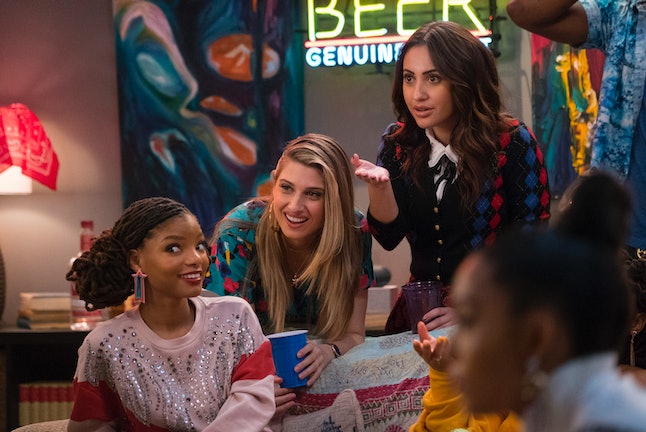 This fight even inspired quite a few Twitter users to say that Zoey’s group of friends don’t support her, which shocks Arlook. “I don’t think that’s true! I think they totally have her back. It’s a deeply supportive group of women. They bicker, because people are people… who doesn’t?” she asks. But, Arlook says, they are a tight group of friends, and most importantly, many of the indiscretions and problems stem simply from the fact that they’re so young. That’s easy to forget while they navigate some of these more "grown up" issues.

“They’re 19. They’re figuring out who they are right now and what they want. It’s a very complicated place to be in, which never ends, by the way,” Arlook says. “To manage your own self and what you want at the same time as managing other people and what they want? It’s a lot. Relationships are hard.”

Nomi, who is openly bisexual to her friends but not yet to her family, will go on a “slow burn” journey on Season 2 of grown-ish of being able to admit her true self to her family. “I think it’s a testament to who she is and her own commitment to growing and evolving and figuring out why she is the way she is,” Arlook says. 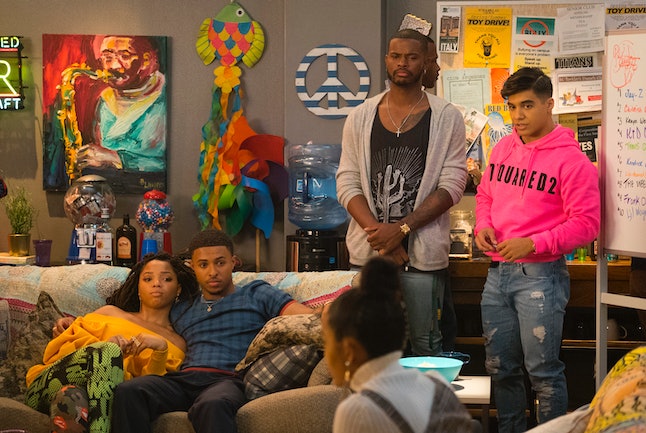 Besides spending time as Nomi, Arlook is looking forward to the release of her new film, Big Time Adolescence, at this month’s Sundance Festival. It’s another coming of age story, Arlook says, but don’t expect Nomi redux. “My character Kate is wildly different from Nomi,” Arlook says. “What they have in common is they’re both at a time in their lives where they’re trying to figure out who they are and what they want for themselves as they enter adulthood.”

It’s at this time, entering adulthood, that a person needs a good group of people around him or her, and at least in the case of Nomi, her grown-ish tribe will see her through anything — no matter what fans say.