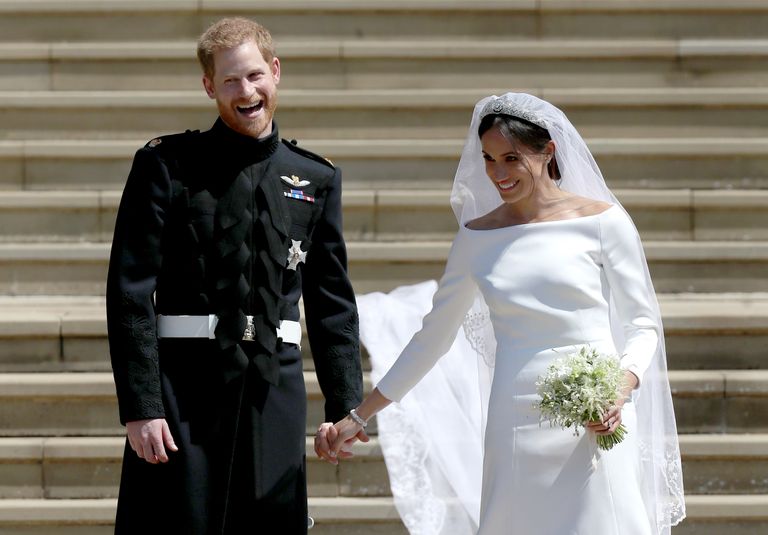 On Saturday, a reportedly slimmed-down Prince Harry married American actress Meghan Markle in the most-watched wedding of the year. Though the ceremony itself was filled with as much pomp and circumstance as you’d expect from the Windsor family, it appears the after-party at Frogmore House was where the royals got turnt.

“James ­Corden did his best to entertain and it went down an absolute treat,” a source told The Sun. “He even compèred a dance-off between Harry, Charles and William. Everyone was laughing because it’s something no one expected. Meghan and her mom also joined in. Then everyone danced, which really kicked off the party.”

After working up quite a thirst on the dance floor, the royals and their friends reportedly paired up to partake in the time-honored American tradition of beer pong. And, lo and behold, guess who was the star of the show.

“Sere­na Williams played beer pong like it was tennis. Everyone had so much fun with it, there were even fireworks,” the source shared.

It appears Meghan’s American influence was everywhere in the reception. According to the source, there were also festival-themed stalls and bars outside, with themed drinks for guests to enjoy along with “burger bar stalls, whiskey bars, candy floss, games to play, acts performing, and a DJ with a dance floor.” (It appears as though Harry deviated big time from his pre-wedding diet to chow down on all this greasy food and booze, but we’ll forgive him, as it was his wedding and all.)

George Clooney reportedly hopped behind the bar and mixed drinks with his Casamigos tequila. There was also a signature drink called the “When Harry Met Meghan” — “a rum-based drink with a hint of ginger ale,” according to The Sun.

Of course, there was still a little royal regal-ness strewn in for good measure. “There was a gin vermouth cocktail created for Charles and Camilla, who are both massive gin fans, apparently,” The Sun‘s source revealed.

Don’t worry, nobody was driving home from Windsor after imbibing in a few too many cocktails — or Bud Heavy, or whatever their beer bong drink of choice may be. Instead, guests were shuttled home in both VIP busses and casual Jaguar Land Rovers. We sincerely hope they tried some of these hangover cures the next day.

Throwing a beer pong tournament of your own? We can’t guarantee you’ll get Serena Williams to play with you, but we can recommend these other essentials.