“Hamilton,” “Wicked” and “The Lion King” will be the first three shows to reopen when Broadway comes back full force on September 14. The shows made the announcement Tuesday on ABC’s “Good Morning America,” just one week after New York Governor Andrew Cuomo said Broadway shows could reopen at full capacity after Labor Day.

Tickets are now on sale for all three shows, with more productions, including “Tina,” “Six,” “Ain’t Too Proud,” “Aladdin,” “Come From Away,” and other shows have said they will reopen later in September or October as production requirements will differ based on the show.

“Hamilton,” “Wicked” and “The Lion King” are all performed in theaters owned by the Nederlander Group, which has updated safety guidelines to keep guests safe, including requiring masks, using all digital tickets and updated air filtration systems.

“Restarting Broadway is a complex endeavor, requiring long lead times for productions the need to reconnect with a sustaining audience from across the country and around the world,” Broadway League President Charlotte St. Martin said in a statement last week. “Broadway is the beating heart of NYC tourism and we can’t wait for the day soon when our hearts will beat before a live joyful audience.” 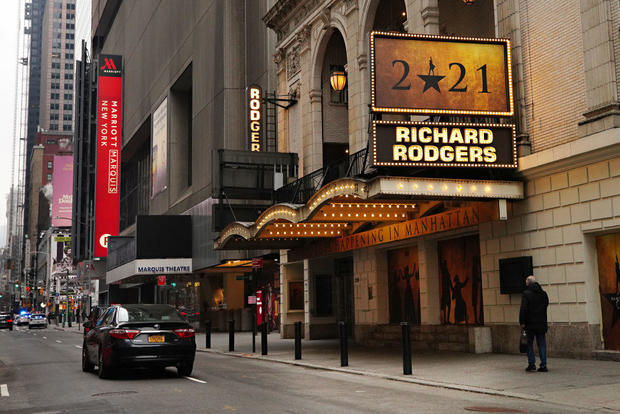 When doors reopen, Broadway will have been dark for 551 days, the longest shutdown in its history. In 2019, The U.S Bureau of Economic Analysis reported that arts and culture accounted for over 4.5% of the country’s economy. Theater alone grossed $1.8 billion in revenue and boosted New York’s tourism. Officials hope the reopened shows will bring back much-needed revenue to New York’s theater district and performers, funds that were sorely missed during the coronavirus pandemic.

“Broadway is at the core of our New York identity, and a big part of our economy which employs countless performers and show creators, and beginning this September, the show will go on,” Cuomo said in a statement last week. “Thankfully, as we continue to monitor the data and reopen our economy, we are now on track to allow full capacity performances on Broadway to resume beginning this September, bringing back this beloved world-famous attraction.”