As flats take over, a defiant HANNAH BETTS says… It will take more than Covid to part me from my heels!

The Covid crisis jeopardised much that is sacred about British life: the workplace, shopping as a sport, the basic human right that is downing a glass of vino with friends. But one unexpected outcome has been the end of the high-heeled shoe.

Over the summer, the hobbling masses have lobbed their heels bin-ward. Working from home has meant women are craving the barefoot feel of flats over the poise of being en pointe.

John Lewis tells me: ‘Our customer is swapping to flats and white trainers, and we have seen a significant rise in Birkenstock-style slider sandals, up 26 per cent.’

Online searches of flip-flops have increased 53 per cent since June, say fashion search business Lyst, while, Selfridges’ 35,000sqft Shoe Galleries, which opened in 2010 as a temple to tottering Sex And The City excess, have seen ‘a real focus on comfort’. 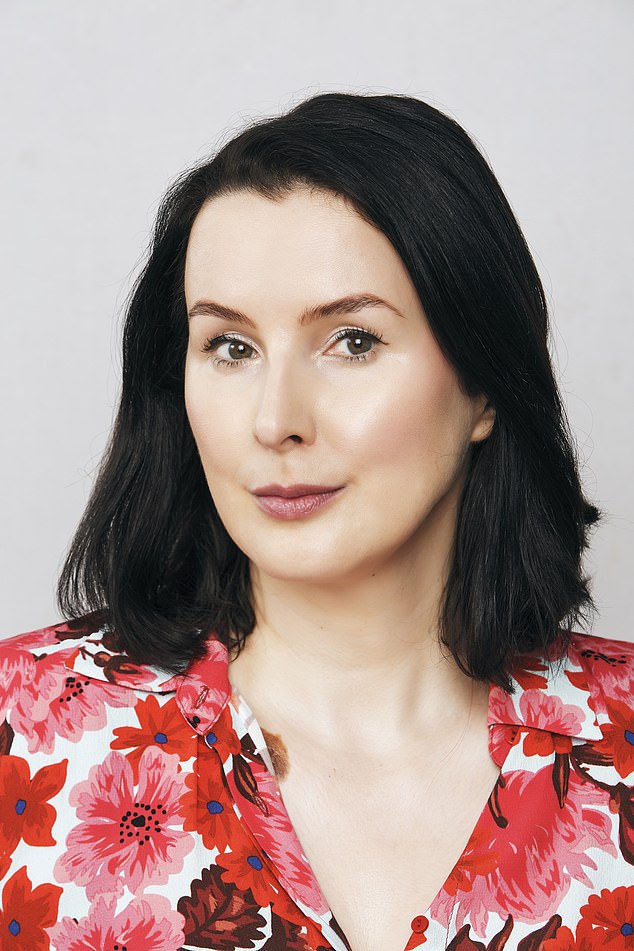 Converse and Birkenstocks are both trading 40 per cent up. Sliders are 235 per cent up on last year, 160 per cent of which is since lockdown.

At High Street favourite Kurt Geiger, trainer sales are up 500 per cent in six years. In 2016, it still boasted a range of heels at almost 5in. Today, none is higher than 3.5in, with the sort of courts traditionally reserved for the office simply not selling. As one chic, flat mule-wearing executive tells me: ‘The concept of “work shoes” no longer works.’

Everywhere one looks, the modish have been grounded. Even in the lofty celebrity world, ‘cab shoes’ — heels so towering you need to be ferried about by taxi — have been usurped by plodding practicality. 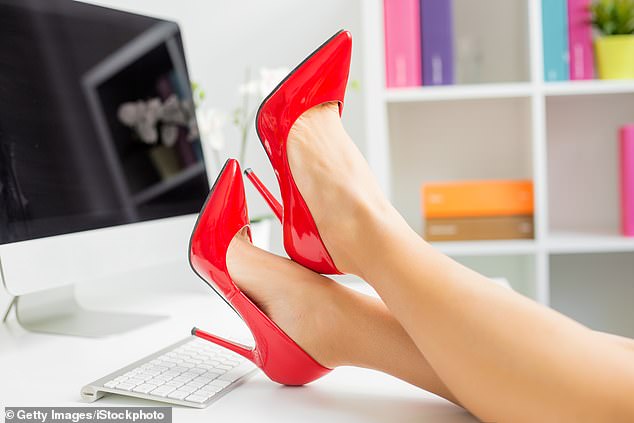 The heel is over. In its place, prosaicness. Summer’s trends include Crocs and jelly shoes. Come autumn, expect combat boots and what Vogue refers to as ‘the chunky welly boot’.

The most monstrous sign that ugly is the new norm is Teva, the hiking sandal, has become an unlikely fashion statement. The Teva Universal sold out on johnlewis.com in 72 hours. Meanwhile, fashion darling Prada has produced an homage; a snip at between £400-£600.

I have to stop regaling you with such lumbering examples, or I will expire from horror. For I am proud to stand up as a lover of high heels; even if this marks me as freakishly unfashionable.

I don heels day and night — yes, even when we were at home in lockdown — content to be an individual whose feet are never entirely on the ground.

I wouldn’t go as far as Dr Miriam Stoppard — who, in her capacity as the ultimate Eighties power woman, once boasted she had taught herself to jog in stilettoes. However, heels have certainly never held me back.

The only time I ever damaged my feet was during my first year as a dog owner, when I took up plimsolls. A few weeks in, I was racked with pain, my high arches unable to take the slap of sole on pavement. Under medical orders, I now hover by at least 3in, even when walking the dog. I’m clearly descended from a long line of showgirls.

A tall child, I grew up believing I would be 6 ft. When this failed to come to pass — I am 5 ft 7.5 in (the half is vital) — I resolved to fake matters with borrowed swagger. I took to heels in my mid-20s, graduating from ‘starter’ blocks to full-on stilts, loving the ballsiness of looking chaps in the eye. Without them, I feel lesser, cut down to size.

I have won tennis matches in heels, clambered over walls in them, even scaled the lower reaches of the Matterhorn. (Not a planned excursion, but my black velvet slingbacks certainly singled me out, while working pretty well as crampons.)

True, I once found myself in the middle of the A1203 — spike trapped in a manhole cover, foot laced into shoe — traffic hurtling homicidally toward me. Still, I lived to tell the tale; elegance, if not dignity, intact.

While so many of my peers are weepy with delight at the prospect of wearing trainers to parties, in flats I find no magic. 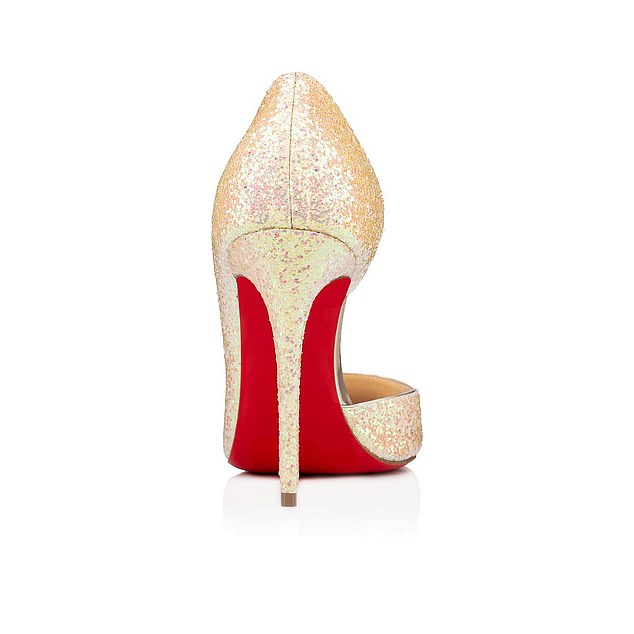 As Manolo Blahnik once remarked: ‘You put high heels on and you change.’ Or as my three-year-old niece expressed it: ‘Hannah wears princess shoes every day.’ I do, sky-scraping confections complete with buckles, jewels and sequins.

Life is long and often joyless. My shoes inject a note of fantasy without which I am left merely trudging. In them I feel soaring, head among the stars. They equip me for action, like some super-heroine costume, the long-legged star of my own show.

People talk a lot of rot about the money one must invest to attain the physics of the perfect heel. My most trusty jet suede numbers — a walkable, danceable, run-after-the-dog-ready style I stockpiled at £20 a pop — came from asos.com.

My 40 or so pairs, I had to stop counting as even I could see things were getting ridiculous, embrace all price brackets.

There are (second-hand) Pradas with stupendous ankle cuffs, glittering Miu Mius and the Flash-Gordon-style Louboutins I strutted my stuff in at my 40th birthday.

LK Bennett is well-represented, be it in dazzling peep toes, jewelled satin, or fabulous geometric stripes. But I also boast a good deal of Topshop, Office and Zara.

I can’t be the only one who feels this way. Take my heels away and you would remove part of me. Style mavens may turn up their noses, but I feel empowered by them.

It’s no coincidence the decades women made real strides into the work place — the Forties and Seventies/Eighties — were those in which they towered.

In the BBC hit Mrs America, feminist icon Gloria Steinem, fresh from a court victory, begs her sisters to slow down to accommodate her heeled boots. If lifts are good enough for Gloria, they’re good enough for me.

Blow the edgier types with their galumphing trainers, off with the models in their brutish Birkenstocks. The campaign to save heels starts here.

After all, with spikes out of style, there’s never been a better time to pick up a bargain pair. Of Net-a-Porter’s 1,973-strong summer shoe sale of unsold stock, 85 per cent are totterers. Long live the heel!