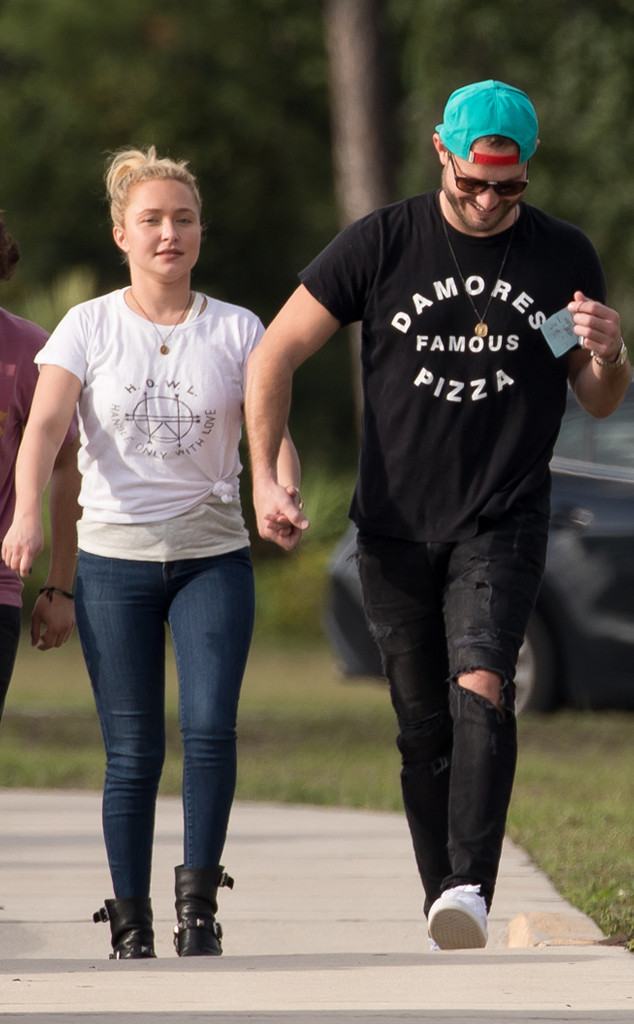 The Nashville star and her new beau Brian Hickerson were seen holding hands in Florida while visiting her family. She and Hickerson have been dating since August, not long after she and Wladimir Klitschko ended their nine-year relationship.

Both Panettiere and Hickerson kept it casual while meandering down the street in the Sunshine State. She wore jeans, black boots and a layered shirt while rocking a bun. He donned ripped black jeans, a black shirt and a backwards baseball cap.

The two of them were first spotted showing some PDA after a dinner date at Hollywood hangout, Craig’s. A source told E! News at the time that Hickerson recently moved to Los Angeles from South Carolina “to do real estate and acting.” According to the source, he’s “trying to break into the industry.” 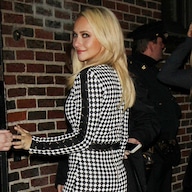 Panettiere and Hickerson met in a way that feels rarer these days: through a mutual friend. The insider added that they “hit it off” very quickly.

A few weeks after they were spotted leaving Craig’s, they arrived together at the Los Angeles premiere of Breaking and Exiting. An eyewitness at the film told E! News that she was “glowing with excitement.” They added, “She definitely was not trying to hide the fact that she has a new boyfriend, and it seemed like everyone in her group of friends got along with him as well.”

In September, Hickerson posted an Instagram video talking about being “not the hero people need, but the one they deserve” after shielding Panettiere and her friend from the sun as they napped on the couch.

“My girlfriend and her best friend from childhood era are taking a nap on the couch, and I have strategically placed pillows so that the sun is not beating on their face. No one likes a terrible tan line,” he explained in the video. “If that’s not dedication, then I don’t know what is.”

Hickerson captioned the video, “No one will have an uncomfortable afternoon nap session on my watch. #hero” Whether or not he did this on purpose, one of his girlfriend’s most famous film credits was her role as Claire Bennet in Heroes.

Panettiere is also mother of 3-year-old Kaya, whom she had when she was with the former professional boxer. Another source revealed to E! News that she and Klitschko are co-parenting their daughter, who is “primarily with her dad and his family in Europe and Florida.”

The insider also told E! News, “Hayden and Wladimir are on great terms and friendly. They are a big part of each other’s lives and will continue to be.”