HEINZ is finally launching its “Mayochup” sauce in the UK months after confirming the news.

But the new condiment, which is a mixture of Heinz Ketchup and Heinz Seriously Good Mayonnaise, has a different name – instead it will be called “Saucy Sauce”. 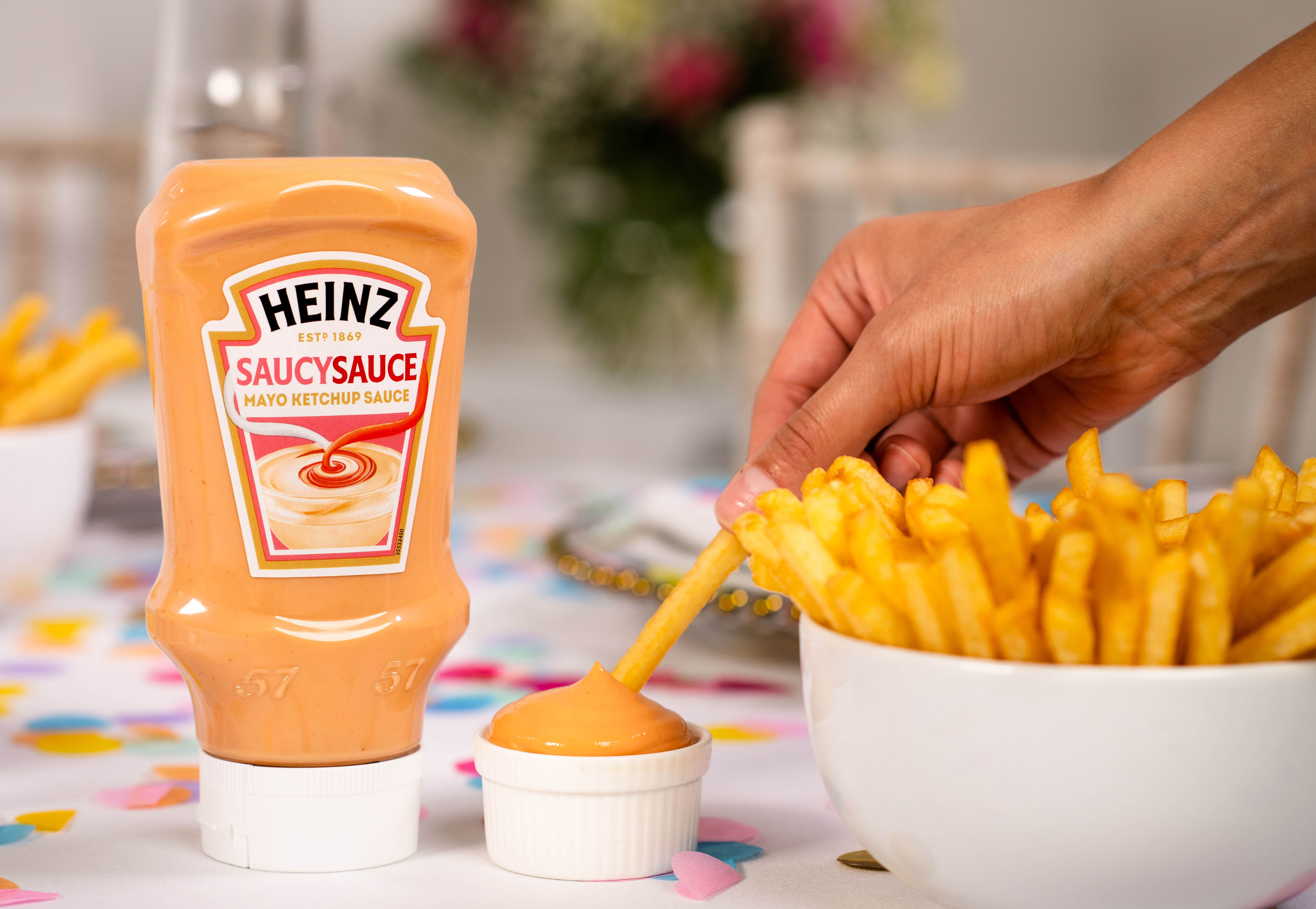 Trademark laws prevented Heinz from using the same name in Europe as another company already owns it.

Heinz confirmed it would be bringing “Mayochup” to British shores back in March after a successful launch in the US last year.

The table sauce was so popular stateside that “Mayomust” – mayonnaise and mustard – and “Mayocue” – you guessed it, mayo and barbecue sauce – soon followed.

Let's not forget when Heinz also brought out a Cadbury Creme Egg-flavoured mayonnaise.

Saucy Sauce will be available exclusively at Tesco from August 23 and will cost £2.69  for a 400ml bottle.

We’ve asked Heinz to confirm how many calories the bottle contains and we will update this article when we know more.

A 220ml bottle of Heinz Ketchup costs £1, while a 220ml squeezy Heinz Seriously Good Mayonnaise costs £1, both from Asda.

Buying these together will set you back £2, so you’ll be paying 69p more for the luxury of not having to mix your own with Saucy Sauce.

The 57 on the glass of a Heinz ketchup bottle is not there just for decoration – this is the reason behind the number.

And here's how many baked beans you get really get for your money, amongst other products.

Or if you're interested, this is how to get the last bit of Heinz ketchup out of the bottle.