The lentil-chewers would have loved it. Had we been down in Brighton as planned, those well-manicured beards would have been twitching, their sandal-clad trotters stomping the conference hall with glee.

A caring, sharing, lip-wobble bid designed to get their milky innards churning. 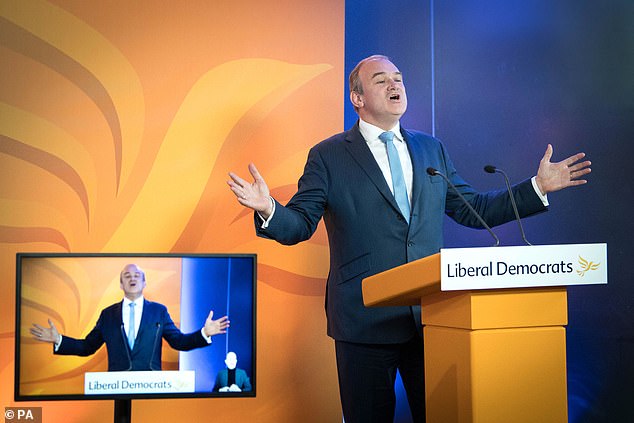 For some time, Sir Ed has been seen as one of Parliament’s plodders. A Norman Nobody who has become party leader almost by default.

Yesterday’s speech aimed to dilute that anodyne image. Or, at least, humanise him a bit.

In terms of content, he succeeded, serving up details about looking after his dying mother and his disabled son. Emotional, touching stuff.

Performance-wise, however, he’s no John Kennedy. The presentation skills need work. At the moment, they’re weaker than a theatre bar gin and tonic.

To me, he looked like a man who had rather over-done the media training.

The arm waves were too extravagant, the pauses too long and that whispery voice he regularly broke into was more Jackanory than serious politico.

Worst of all was the unsettling way he kept staring into the camera, one eye narrowed aggressively.

It was the sort of look a snotty maitre d’ gives you when you arrive without wearing a jacket.

He opened with an attack on the Government’s handling of the Covid crisis. Boris and his Cabinet had ‘not risen to the challenge’.

They had failed us ‘during our darkest hour’.

We heard a treacly story about ‘Anne and Bob’, owners of a chippy in Stockport, who were forced to re-evaluate their business during the crisis.

‘An amazing couple,’ he said, sounding like the voiceover to a building society advert.

Sir Ed had even done a lunchtime shift in the restaurant. Doing what, he didn’t say. Serving up saveloys perhaps.

It was when he turned his attention to healthcare that it all got rather heavy. ‘This is personal for me,’ he said.

He described caring for his dying mother, who spent the last years of her life suffering from bone cancer. 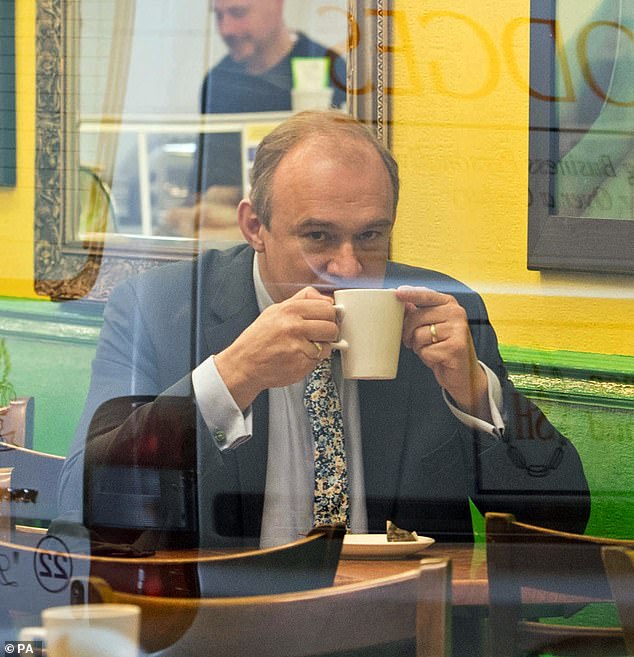 For some time, Sir Ed has been seen as one of Parliament’s plodders. A Norman Nobody who has become party leader almost by default

We heard how he would bring her tumblers of morphine in bed before heading off to school. There was a slight judder in his voice at the recollection.

Even more personal were the details Davey divulged about his son John, who is unable to walk and needs 24-hour care ‘and probably always will’.

He revealed how he had to wait until John was nine to hear him say ‘daddy’.

David Cameron never shied away from talking about his late son Ivan, who suffered from cerebral palsy and Ohtahara syndrome.

But I’m not sure even he got this personal. Davey is less socially at ease than Cameron, and you feel this must have taken a fair amount of grit.

There were tributes to his predecessors, Sir Paddy Ashdown (‘my hero’) and ‘the great Charles Kennedy’. A shout-out, too, to ‘the wonderful Jo Swinson.’

Where is Jo, by the way? Not sure we’ve heard a dicky bird from her since the voters of East Dunbartonshire sent her packing.

It was barely a year ago that Swinson announced at the party conference she intended to stop Brexit.

Or ‘Stoppp. Brexxxit,’ as she kept putting it in that irksome manner. Pointedly, there was no mention of the dreaded ‘B’ word yesterday.

Of COURSE, there was the usual stuff on the environment: Renewable energies, carbon-free flights, etc.

‘We are more than just a think-tank or a pressure group,’ Davey said, as though admitting that’s how most people view them.

Then a great windmill wave of those hands before bellowing: ‘We have to win!’

For a moment I thought we were back in Swinson territory and Davey was going to suggest he could be the next Prime Minister.

Actually, he was referring to the more modest target of picking up council seats in May’s local elections.

I suppose the Lib Dems have got to start somewhere.