What it means to be British! Internet users swap hilarious tales on the quirks of UK culture – from incessant weather watching to the delights of a pickled egg

From a love of pickled eggs to a widespread obsession with the weather, British culture is filled with quirks that leave tourists utterly baffled.

So it is of little wonder a recent Quora post asking for the weirdest British habits quickly attracted comments.

Unsurprisingly, the national love of queuing was mentioned several times, with UK-based posters doing their best to describe the phenomenon to those from the rest of the world.

Also on the list was the flair for sexualising foods – think Spotted Dick – and the expert skills commuters possess in avoiding eye contact on public transport.

Here, FEMAIL shares some of the best examples… 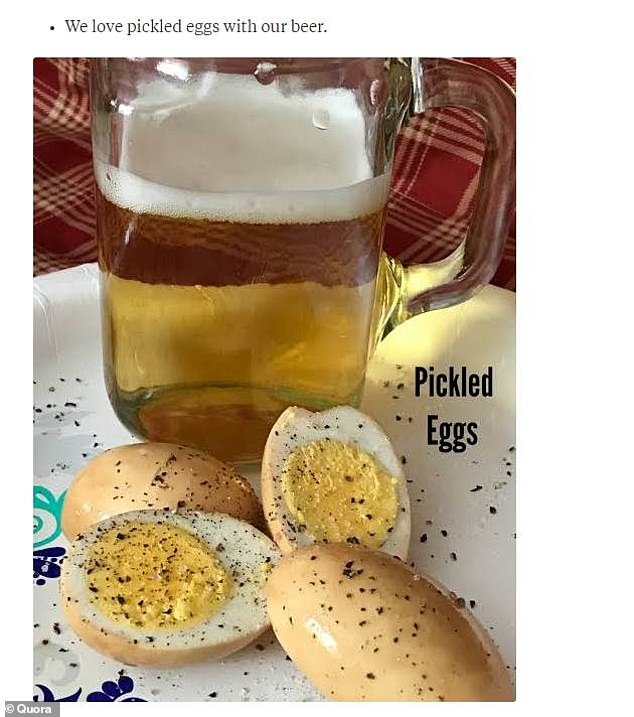 The Great British bar snack: The delights of a pickled egg were pointed out by one Quora user 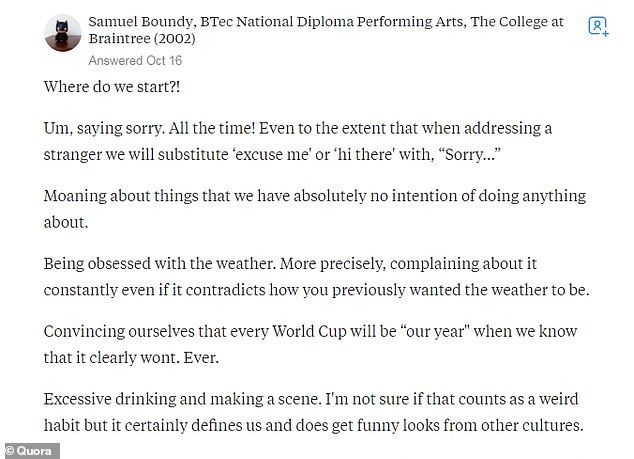 So much for positive thinking! A preoccupation with the weather, the World Cup and apologies defines British culture for many of the respondents 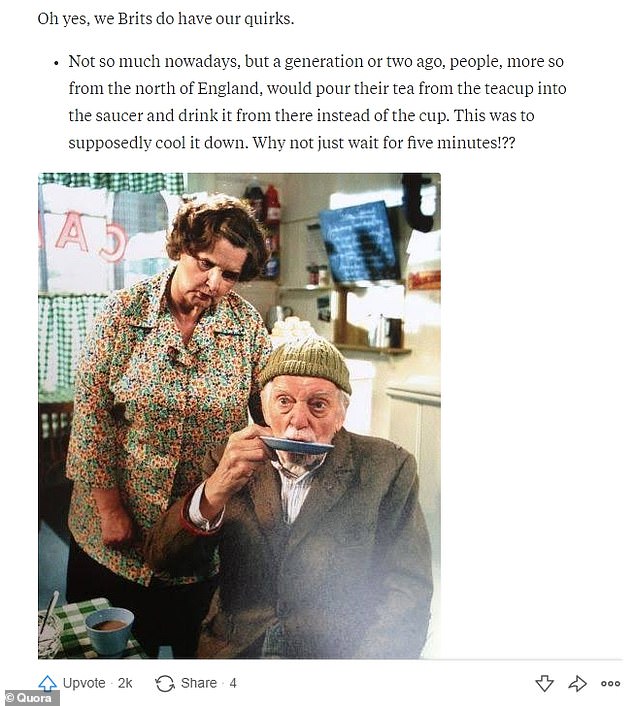 Anyone for a cuppa? One user shared this insight into a once popular way to cool down tea 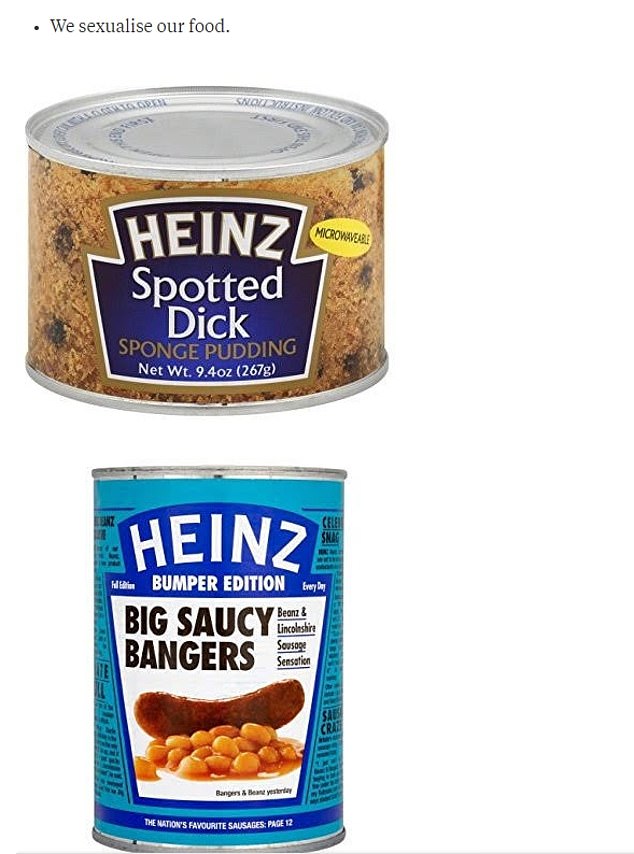 All in a name! Sexualised food names like ‘Big Saucy Bangers’ and ‘Soptted Dick’ were listed 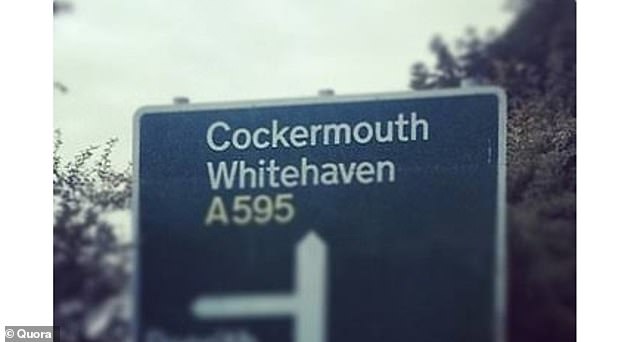 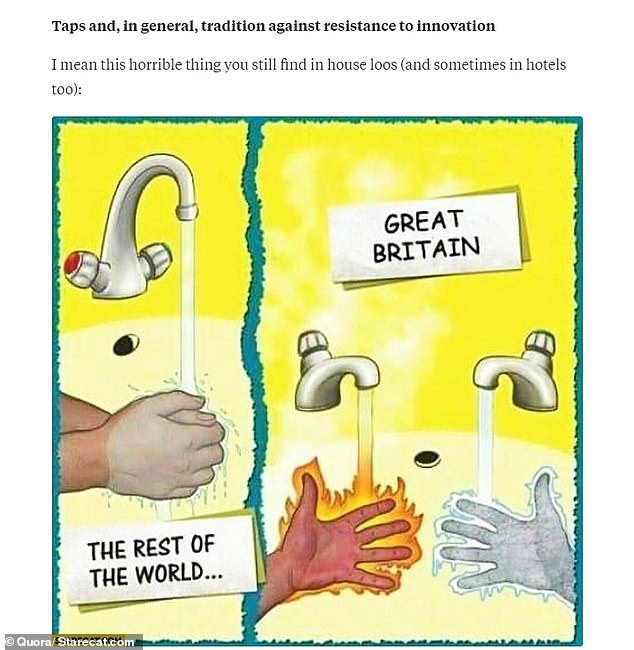 Design quirks: Two tap sinks seem normal to Brits – but they’re not to the rest of the world 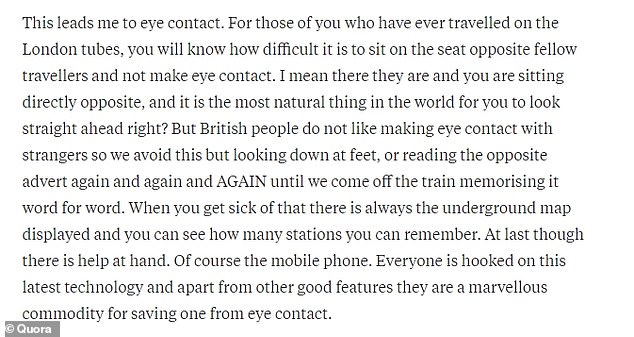 No eye contact allowed: The awkwardness of a morning commute was the focus for one 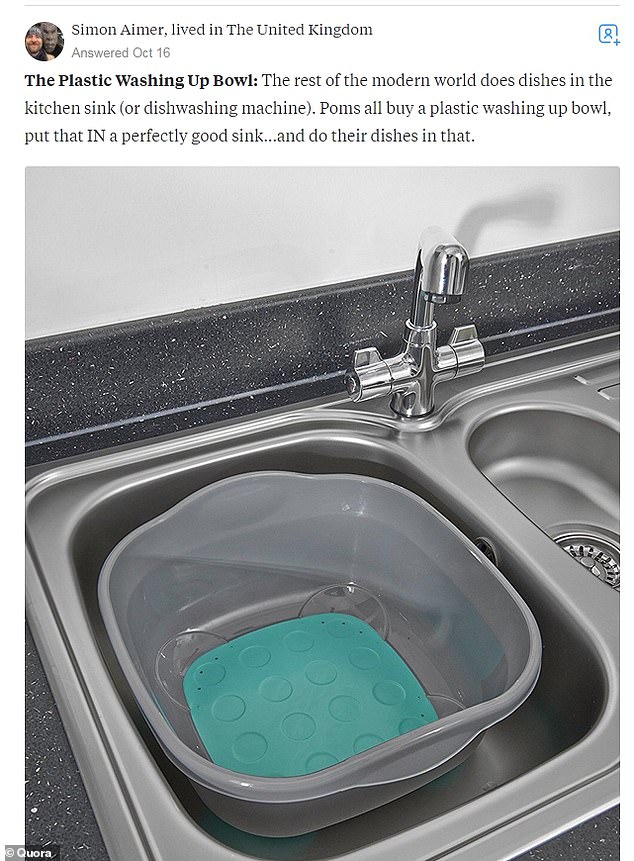 Why make things easy? The plastic washing up bowl is a hallmark of any Great British kitchen 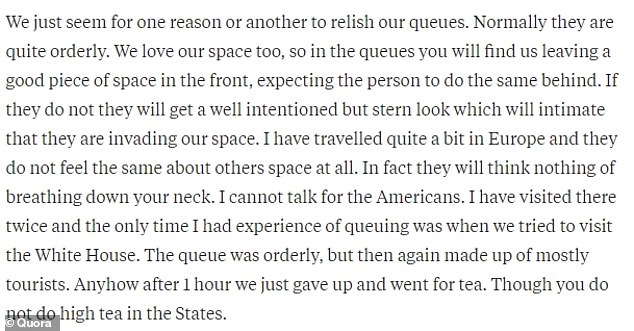 Rules for queuing: The ins-and-outs of queuing etiquette was outlined by one poster 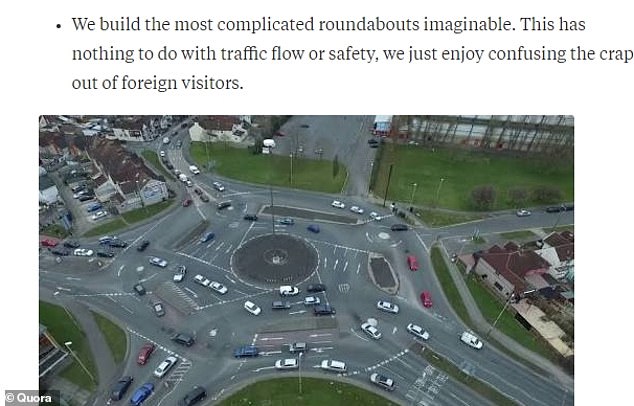 City planning: The simple roundabout is given a new lease of life on British roads 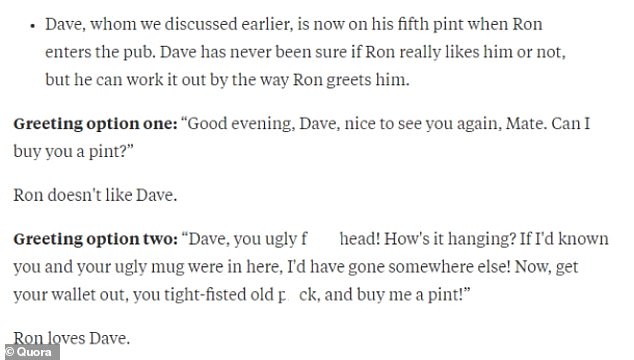 Better have a sense of humour! Greetings are a sure-fire way to tell how someone feels