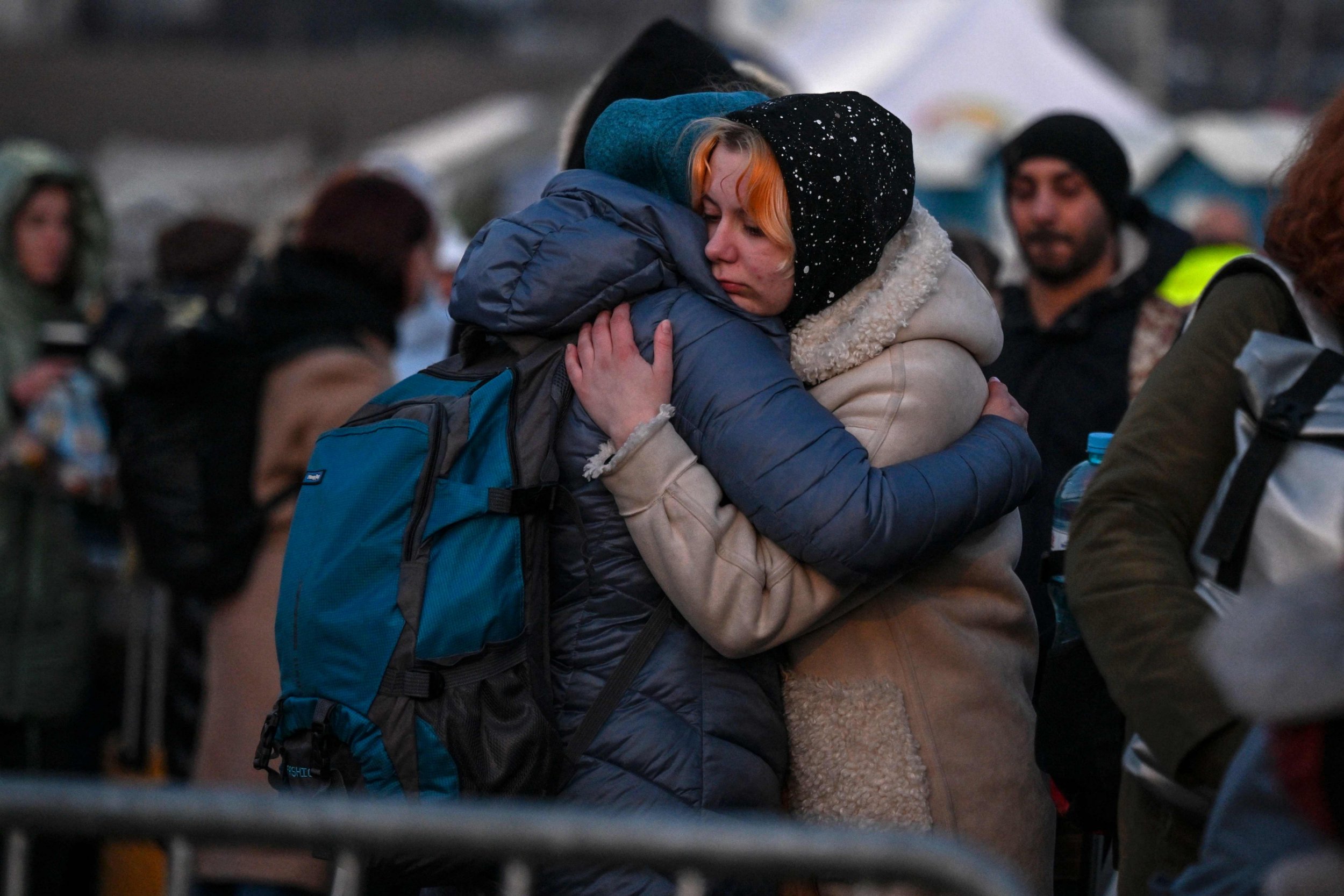 ‘Most people can imagine what the Ukrainian people are feeling right now — utterly devastated, terrified, a sense of surrealness,’ says Audrey Stephenson, a UK-based pyschotherapist who often works with people with complex trauma.

‘Three weeks ago they were going about their lives normally and now there’s been the war and the displacement it’s caused, whether they are in another part of Ukraine or another country. And this is just the tip of the iceberg. There will be a huge amount of deep trauma.’

And, she says, the ripples of that trauma can spread out to touch even those not directly affected by the conflict.

‘The world has been through mass trauma with illness and more than six million deaths during the two-year global pandemic, and it felt like we were just hitting the beginning of the end of it,’ she says.

‘People were starting to metaphorically exhale after Covid for really the first time in a long time and now we’ve been faced with the spectre of World War III. These words are being used in the media and coming out of the mouths of world leaders.

‘The fact that these words are being uttered is truly scary. Depending on your age, a lot of people are revisiting post-Cold War feelings, talking about the 1970s and 1980s. For others, it’s their first time worrying about nuclear war. It’s a traumatising moment.’

Stephenson explains that this trauma comes from fear of the unknown.

‘We all know we are going to die some day but we don’t live with it at the forefront of our thoughts. Usually we tootle along as if it’s not really there. When many of us come face to face with the reality of that, it’s terrifying.’

People tend to go one of two ways, says Stephenson.

‘Either they withdraw, limiting their exposure to the news because they feel unable to deal with it or powerless to help, or the other camp of people watch the news at every chance they get, becoming armchair world affairs experts to help them feel as if they have control over what’s happening.’

How to support refugees

If you’re one of the 100,000-plus people who have signed up to host displaced Ukrainians, Stephenson has some advice on how best to offer emotional support.

‘A few weeks ago, these people were fine, they were living their lives. And now they’re in the UK. That’s really an altered reality for them and I think we can all understand that being displaced would be completely terrifying.

‘What’s important for people hosting to understand is that you can’t get this right, all you can do is be as real as you can.

‘That can start by telling someone they are going to be safe here, you’ll do what you can, but that, other than shelter and food, you feel clueless as to their needs and that while you can’t even imagine what they are going through, your family will do everything they can to help.

‘You don’t have to be a therapist to offer support.

‘Expressing the realness of that is what will allow you to connect with someone else.’