How to make the fluffiest pancakes ever: Baker, 19, reveals his secret recipe using nine ingredients – and they look just as good as they taste

A talented Australian baker has revealed how to make the best buttermilk pancakes for breakfast.

Morgan Hipworth, 19, from Melbourne, shared a short video on TikTok with his 660,000 followers demonstrating exactly how he made the indulgent meal.

To make the pancakes from scratch only nine ingredients are required, and Morgan topped the breakfast dish with his own chocolate sauce, vanilla ice cream and berries. 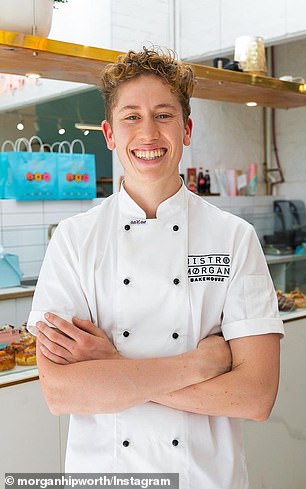 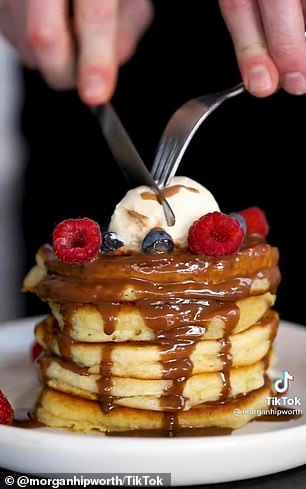 Morgan Hipworth (pictured left) shared a short video on TikTok with his 660,000 followers 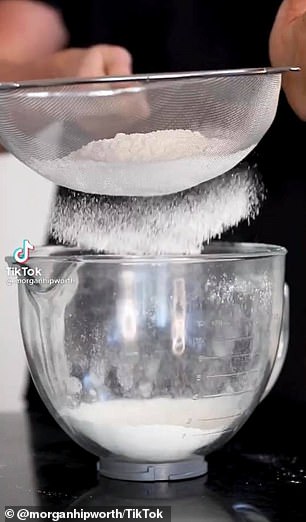 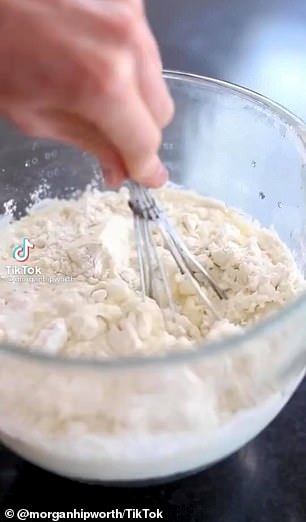 He began by sifting dry ingredients into a bowl then added the milk, buttermilk, eggs and butter.  The mixture was combined well using a handheld egg beater

He began by sifting the dry ingredients into a bowl then added the milk, buttermilk, eggs and butter.

The mixture was combined well using a handheld egg beater then was spooned into a greased pan on the stove top.

The small amount of baking soda and baking powder causes the mixture to rise quickly.

To ensure the pancakes are thick, ensure a small to medium amount of batter is scooped onto the pan.

The pancakes were cooked on a low heat on both sides until golden brown then served.

Morgan also made his own homemade chocolate sauce by melting 100g of good quality chocolate with 100mL of thickened cream, which was drizzled on top.

The pancakes were served with a scoop of vanilla ice cream and a handful of mixed berries. 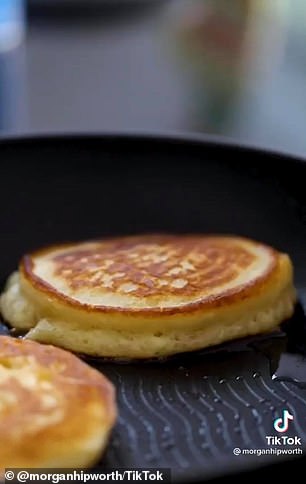 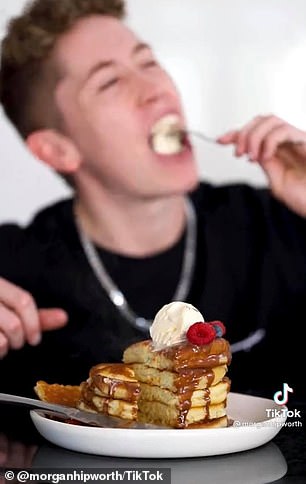 The video has since been viewed more than 161,000 times and many TikTok users tagged their friends in the comments.

‘I need to try this!’ one person wrote, another said: ‘It’s so fluffy.’

‘Yum I’m going to make these,’ a third added.

How to make Morgan’s fluffy pancakes:

For the chocolate sauce:

To make the pancakes, sift the dry ingredients into a bowl then add the milk, buttermilk, eggs and butter

Cook until the pancakes are golden brown then serve

To make the chocolate sauce, he combined thickened cream and good quality chocolate together in a bowl

Serve the pancakes with the chocolate sauce, a scoop of ice cream and a handful of mixed berries on top