How to wish someone a Happy Hanukkah in Hebrew

Hanukkah is an eight-day Jewish holiday, which is celebrated in either November or December every year. Hanukkah is also known as the Festival of Lights, and Jews around the world mark the event by lighting a candle every day for eight days. Hanukkah 2020 will begin in the evening of Thursday, December 10.

What is the story of Hanukkah?

The Festival of Lights tells the story of the victory of the Maccabees, an army of Jewish warriors led by Judas Maccabeus in 166 BCE.

The Maccabees revolted against the Seleucid Greek King Antiochus, who invaded Judea and desecrated the Second Temple in Jerusalem.

After three years of struggle, the Maccabean Revolt concluded and Judas Maccabeus restored the temple. 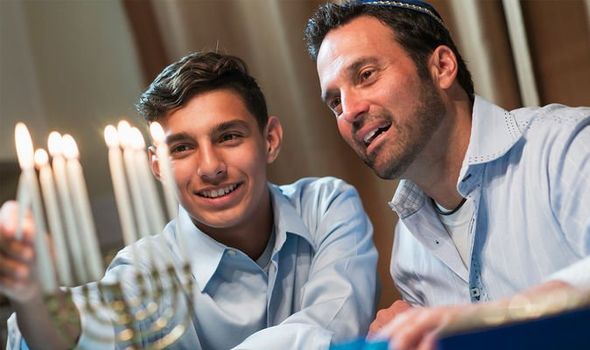 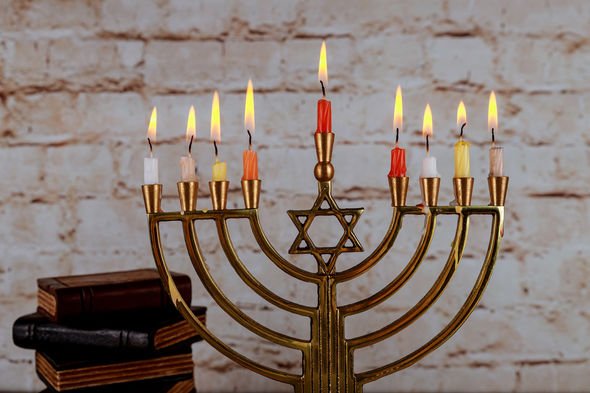 A new altar was installed on Kislev 25, which is the ninth month of the Hebrew calendar.

The Talmud describes how when Judas Maccabeus entered the temple, he found a small jar of oil remaining which had not been defiled by Antiochus.

The oil would usually have been enough to burn for one day, but by miracle, the oil burned for eight days until new consecrated oil could be found.

For this reason, when the Festival of Lights is commemorated by Jews around the world the event lasts for eight days. 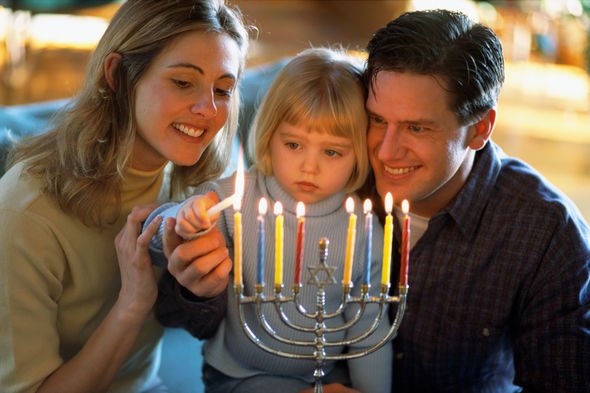 How is Hanukkah celebrated?

The centrepiece of Hanukkah is a nine-branched menorah, known in Hebrew as the hanukiah.

The menorah holds eight candles, and a ninth candle called the shamash is used to light the other eight.

One candle is lit on the first night of Hanukkah, and the number of lit candles increases each night until eventually eight candles burn together.

A blessing is also offered while the candles are lit every night of the festival. 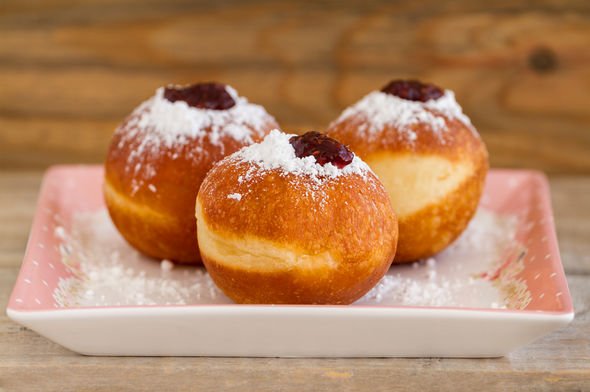 People also mark Hanukkah by sharing gifts and playing games together with friends and family.

Traditional foods are also eaten on Hanukkah, including brisket and latkes, which are also known as potato pancakes.

Many traditional Hanukkah foods are fried in oil, such as sufganiyot, which are jam-filled donuts.

How to wish someone a Happy Hanukkah

To say “Happy Hanukkah” in Hebrew, you can say “Hanukkah Sameach”.

To say “Happy Holidays” in Hebrew, you can say “Chag Sameach”.