It was just another ordinary date… to a naked restaurant.

I’m a long-time sex and relationships journalist, you see, and have pretty much seen it all.

So when the bar industry guy I had met a few times, but wasn’t yet sure about, suggested we nosh in the nude, I was only too happy to oblige.

We met outside its blackened windows for 8pm – in clothes, of course.

It was fully booked for months, but my date had managed to pull some strings with the guy that ran it. Inside, we were led to a changing area where we could shrug on robes and slippers for the open, communal cocktail bar prior to dinner.

So far, so modest – we even turned our backs to one another as we undressed (well, he did, I sneaked a peek at him – important, given we had yet to see one another naked).

After the cocktail, we were led to our table. The restaurant was surprisingly tasteful, lit by flattering candlelight, and with individual booths built round with bamboo, so you could only hear and not see the other diners. 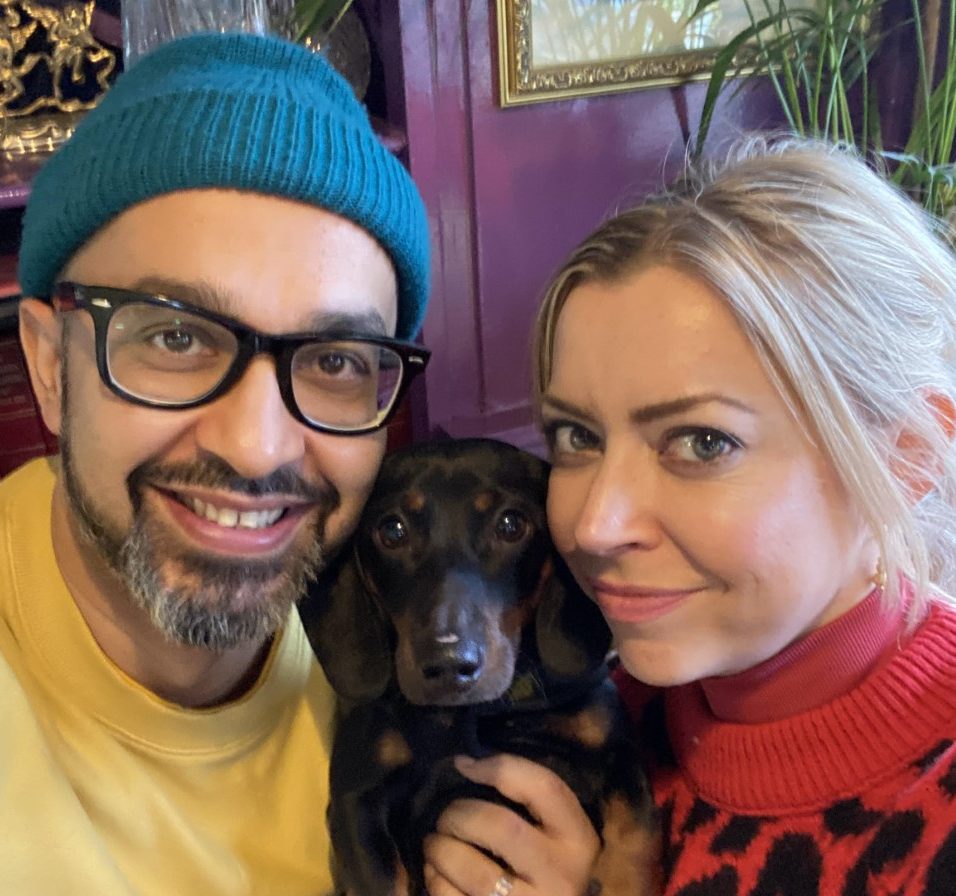 Now was our chance, said our waitress, to disrobe ‘if we wanted to’. Off came the dressing gowns and so began the game of ‘don’t be the first to look down’.

Two courses and several more cocktails in and it was all going so swimmingly.

Dessert arrived. But when the spoon touched my lips I had a terrible realisation. I had forgotten to mention my nut allergy to anyone, and this definitely had nuts in.

Uh oh. I was about to blister, wheeze and possibly throw up.

‘Erm, I hate to tell you this, but I’ve just realised this has nuts in it and I have a severe allergy’, I told my date.

With a calm inquisitiveness, he asked what I needed. I excused myself to the bathroom, and inspected the damage. Swollen eyes, mouth and chest (and not in a good way).

An itchiness that made the inside of my skin feel like sawdust. And stomach cramps.

I went back to the table and explained we probably needed to leave. As he wrangled with how to call for the bill when you’ve got all your bits out, I turned over my shoulder and, very much still naked, vomited three times.

Dressed and back on the street, he ran off to a newsagent to procure me the antihistamines that might just stop this turning into a trip to A&E.

Thankfully, it worked and 10 minutes later we were hugging in the street, jubilant that I had dodged death over dinner.

I looked up at him. Just as I’d realised that he might be rather wonderful and that I would like to carry on seeing him, it hit me that I’d likely blown it.

His happiness at me not being deathly ill gave me hope and 20 minutes later we had taxied to another, even smarter bar, having a nightcap, when he dared to kiss me. (Side note: he’d brought chewing gum with the anti-histamines).

That night, I may have just stayed at his place for the first time. I remember thinking, ‘does he make a habit of this?!’

And six years later? We are happily married, and live in East London with our miniature dachshund, Herbie.

Epilogue. About three months after that disastrous naked restaurant date, we happened to see its proprietor, my now-boyfriend’s friend, in a bar in town.

‘So how did you like the naked restaurant?’ he asked.

‘Oh, we liked it alright,’ I replied, ‘But something happened…’

‘Babe,’ said my boyfriend, ‘save that one for another time, eh?’

It was the best of dates, it was the worst of dates. To this day, his friend still believes we shagged in the bathrooms.

And for all the luck my vomming up in the nude brought us, it couldn’t have gone better if we had.

The Curious History of Dating: From Jane Austen to Tinder by Nichi Hodgson (Robinson), £9.99, is available to order here

Metro.co.uk’s weekly The Truth Is… series seeks to explore anything and everything when it comes to life’s unspoken truths and long-held secrets. Contributors will challenge popular misconceptions on a topic close to their hearts, confess to a deeply personal secret, or reveal their wisdom from experience – good and bad – when it comes to romance or family relationships.

Rush Hour Crush – love (well, lust) is all around us

Tell us about your Rush Hour Crush by submitting them here, and you could see your message published on the site.