Unions are made to promote fairness and equality yet many women don’t know enough about them. Author of Make Bosses Pay, Eve Livingston, is urging us all to join one.

Eve Livingston is a freelance journalist specialising in social affairs, politics and inequalities. She has written for the Guardian, Independent, Stylist and has appeared on the BBC and ITV. She was shortlisted for the 2019 Orwell Prize for Exposing Britain’s Social Evils for her writing on trade unions.

Have you ever been sexually harassed at work? Paid less than a male colleague for doing a similar job? Patronised or talked down to by your boss? Denied a promotion because you’d recently been on maternity leave?

These are commonplace experiences for young women, because work is fundamentally unfair. Most of us need our jobs much more than our bosses need us, so we put up with a lot to protect our pay cheque at the end of each month. We don’t speak up because to do so would be to risk our livelihood. We don’t make a fuss because we have a career ladder to climb.

But the dissatisfaction lots of us feel with our workplaces and our treatment there is clear in the boom of work-related content and products. We listen to podcasts about productivity tips and work-life balance; we click on headlines about how to avoid burnout; we read books by women CEOs about succeeding in business and we sign up to goal-setting courses sold by Instagram influencers. So why do so many of us still feel stressed, dissatisfied and discriminated against?

The answer is that these individual solutions can never solve what is a collective problem. We’re not treated badly because there’s something inherently wrong with us that can be fixed with a personal branding worksheet or a block of career coaching sessions. Rather, we’re overworked and under-appreciated because the whole structure of work is set up to make us feel that way. The solutions our workplaces point us towards – HR or employee voice committees, for example – are also part of that structure and exist on our bosses’ terms. And that’s where unions come in.

Perhaps when you think of a union, you think of a white-haired coal miner or a portly factory worker. And there’s a reason for that, because trade unions were at their strongest in the 1970s and 1980s when those types of jobs, primarily done by men, dominated the economy. But now many of us work in offices, restaurants, care homes and shops, and the average new trade unionist is a professional woman. Despite their enduring image, unions are for us.

In recent years, unions have been at the forefront of winning for women in workplaces across the country. In Glasgow in 2018, female cleaners, cooks and carers went on strike over equal pay and won. This year, unions successfully campaigned alongside women’s organisations for a change to the law which makes employers responsible for preventing sexual harassment at work. And even throughout the pandemic, unions like United Voices of the World and the Independent Workers of Great Britain have been fighting to reach the likes of yoga instructors, foster carers and charity workers.

Not only is your union a place where you can get advice and guidance when something happens at work, it’s also a site of support and care between you and your coworkers. While one of you on your own can easily be ignored, or worse, punished for speaking up, a group of workers talking as one tilts the power balance in a workplace, building a voice too powerful to be dismissed. And while unions win on problems within individual workplaces, they also work on a national and global level to influence and shape the policies that matter to us, from equal pay to shared parental leave. Your union is a force for changing society for the better, something no amount of self-help books or productivity podcasts can achieve. 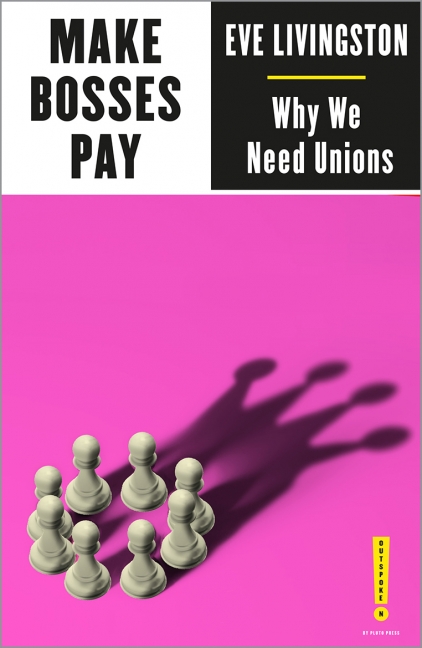 If you’ve never been in a union before, you should start by finding out if your workplace already has a relationship with one. Many workplaces formally recognise a particular union as the voice of their workers, and make an agreement to negotiate with it on that basis, meaning you should join that union for the best protection. If your workplace doesn’t recognise one already, find out whether your colleagues are union members and join the union with the biggest presence. And if all else fails, do some research into which unions represent your sector or line of work (the Trades Union Congress has an online tool for this purpose, but there are other unions out there too), and follow your union’s guidance for spreading the word to colleagues.

The cost of a union membership is roughly the same as a magazine subscription or a couple of takeaway coffees a week. In return, you can rest easy knowing there’s somewhere to go when things get tough, and that you’re part of a bigger movement pushing for equality, fairness and a more just society. We won’t make things better by looking inside ourselves, but we can by joining with others. If you want a future where we’re paid what we deserve, where having children doesn’t affect our career progression, and where we can expect to be respected, listened to and treated fairly, the union movement is for you.

Make Bosses Pay: Why We Need Unions by Eve Livingston is released by Pluto Press on 20 September and available to preorder now.