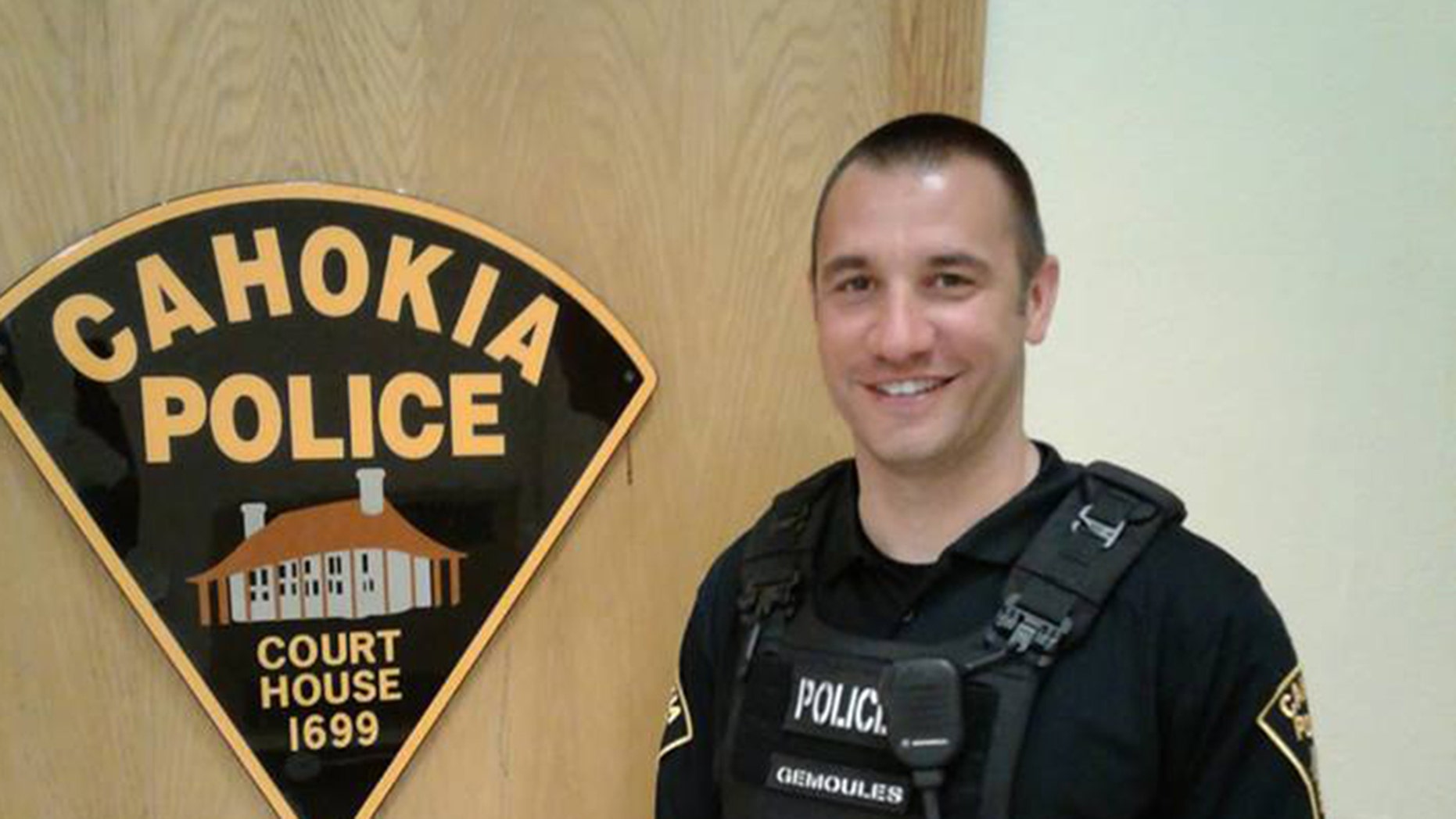 “It meant everything to me. It brought my spirits up; it kind of made me happy,” Ka’Shawn Baldwin said of Officer Roger Gemoules’ (pictured) good deed.
(Francella Jackson/Facebook )

One ordinary traffic stop in Illinois had an extraordinary ending, when a police officer pulled over a car with expired plates, only to learn the driver had an expired license as well. The law enforcement official learned the man was en route to a job interview, and he had no other way of traveling there. Without hesitation, the officer drove the man to the meeting himself – and the man ultimately landed the position.

On April 17, Officer Roger Gemoules of the Cahokia Police Department pulled over Ka'Shawn Baldwin after noticing an issue with his vehicle, Fox 4 KC reports, soon discovering that Baldwin’s license was also no longer valid. The 22-year-old man detailed that he risked the ride because he was on his way to a job interview at FedEx and had no other way to get there, as per KSDK.

Instead of writing Baldwin a ticket, Gemoules elected to drive the man to the interview, ensuring he’d arrive safely and on time.

“It meant everything to me. It brought my spirits up; it kind of made me happy,” Baldwin said of the officer’s generosity, as per Fox Illinois.

“I was shocked that he actually gave me a ride to the interview. Normally, cops are like [asking] where I’m from, they don't really do stuff like that,” he added.

Later on, Baldwin was thrilled to learn he got the job – which will be his second position, in addition to his current role at McDonald’s, according to KDSK. The opportunity means so much to him, as he looks forward to being able to update his license and plates, buy a new car and care for his two-year-old daughter, as per Fox Illinois.

In the days since, the sweet story has since gone viral on Facebook, in a post that has since been liked 35,000 times and shared 10,000 times to date, as shared by Francella Jackson, an assistant to Cahokia Mayor Curtis McCall Jr.

According to Jackson, the heartwarming tale has even has gone global, reaching as far as Europe, Russia and China.

"I am very proud of Officer Gemolus and the excellent decision-making and judgment he displayed in helping this young man,” Mayor McCall told Fox Illinois. “Community Policing' is something we strive for in Cahokia, because it is not always about writing tickets, or sending someone to jail. It is about helping people when we can and building relationships.”

“Job well done, Officer Gemolus and congrats to the young man for getting the job!"