'I'm proud to be part of Generation Sensible'

Nothing beats that feeling when you're on your way back from a night out and know your cosy bed is waiting for you. You ventured out to the pub with some friends, put a couple of hours in being sociable, ducked out at 11pm and are heading home, thinking: "perfect, I'm going to get a really good night's sleep, and I haven't even drunk much, so tomorrow will be fine". If this sounds familiar, chances are you are either an overtired mum-of-four, or – like me – part of Generation Sensible. 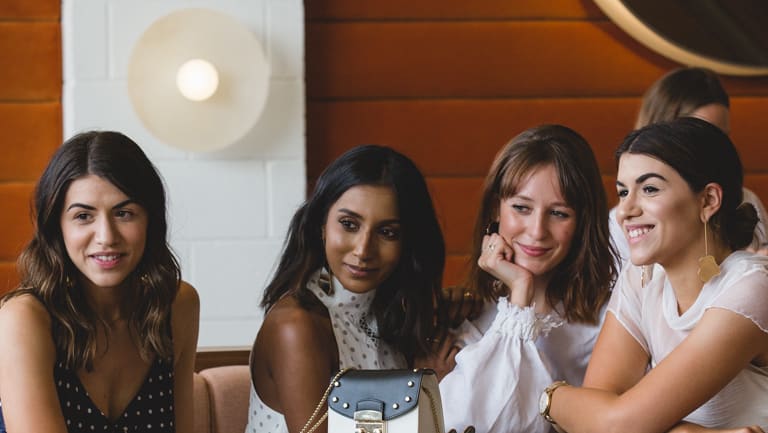 To all the adults who think we’re Generation Boring – isn’t it your fault?

According to a recent survey of 1,000 16- to 18-year-olds by the British Pregnancy Advisory Service, young people like me are far less rebellious than our parents' generation. We're having less sex, we drink less (24 per cent of the teenagers surveyed had never even drunk alcohol) and we much prefer to spend time with our families than go out.

Of course, it wasn't always this way. Most teenagers go through a stage of rebellion, and I certainly remember a few hairy nights, like a house party a couple of years ago, where three out of the five members of my then friendship group were "chundering" by 9pm. I remember the sticky floor and a general feeling that people were out of control. But I had a great time.

I wasn't necessarily the most diligent student at that point. There was an attitude amongst us that "not trying" was cool. But then something changed. The pressure ramped up. People started to drop that default attitude. "Drunk" was once the buzzword, but it was replaced with "stressed"or "tired". People started taking school work more seriously as exams loomed, and going out and having stories to tell afterwards was no longer the priority.

Today, I still don't drink much, I go out even less. I don't like the feeling of waking up after a night out when you've not looked after yourself. I'll happily go to the pub, but rarely go clubbing, and if I do, I don't tend to drink much. I would rather feel healthy than hungover.

And I'm not alone. Most of my peers would say the same – that over the last couple of years, our priorities have shifted as the pressure has piled on. So many of my friends have struggled with anxiety-related problems. Home is a haven during those periods.

I know my relationship with my parents improved hugely when I began to rely on them more, and talk to them about my anxieties. I think that, as a generation, we are closer to our families than older generations have been. Maybe it's because we are under so much more pressure, and need our parents' support.

But I also think home is generally a nicer place to be than it was for generations gone by. I have always watched football with my mum and my dad and I share favourite podcasts and books. He got me into podcasts like This American Life and The New Yorker. And we often read the same book at the same time and compare notes. We have more in common and more to talk about than my parents did with my grandparents.

And in many ways there is simply less to rebel against. I imagine my parents' generation drank far more and took far more drugs than my friends do now.

Home is also a haven in this social media age we live in. Our family relationships are, if nothing else, authentic. In a digital world, which is inauthentic to its very core, perhaps it is a craving for genuine interactions that sees young people seeking comfort in their home life. It's a place where they feel safe and loved, where they can take a break from plugging their own personal brand.

But I'm not convinced by this narrative that young people don't know how to interact in the real world. I certainly start to feel vapid if I spend too much time on Instagram, and I only use apps like Messenger to make plans to meet up, so I think there is perhaps a slight misconception that young people are desperate to avoid IRL interactions.

Our most important relationships are offline not online, they just might be more likely to be with our parents than with a boyfriend. But that's fine by me. I am a lot happier when I do a good day's work and get a good night's sleep. We're not lazy and narcissistic, we're energetic go-getters. Yes, we're deeply anxious and under huge amounts of pressure. But we're also engaged and re-enfranchised.

And to all the adults who think we're Generation Boring – isn't it your fault? Sorry we're so needy, and probably spend a good deal more time at home eating your food than you ever did. But if we were out getting drunk all the time, you'd complain then, too. My idea of a top night? It's still (and possibly always will be) a movie on the sofa with my mum. If that makes me a member of Generation Sensible, I'm happy to be in the club.