Inside Bella Hadid and The Weeknd's ''Flirty'' Relationship

Bella Hadid and The Weeknd are sparking reconciliation rumors at the 2018 Cannes Film Festival.

The supermodel and the “Call Out My Name” singer were spotted kissing at the Magnum x Alexander Wang bash on Promenade de la Croisette Thursday evening. So does this mean that Hadid and The Weeknd (real name Abel Tesfaye) are officially back together after splitting in 2016?

“Abel and Bella never lost touch and always reconnect when they are in the same places,” a source tells E! News. “Bella has always had strong feelings for Abel. He is definitely dating around, but him and Bella are always flirty and spend time together when they see each other. Especially when they are out partying.”

The insider adds that the duo “planned to see each other” at the Magnum event, and decided to go to an after-party together to continue the night. “They knew they would meet up in Cannes,” the source shares with us.

An eyewitness at the Magnum event also tells E! News, “You could feel the energy between them and there was no doubt they were together. They were whispering and holding hands while talking. People were coming over to say hello, but they were focused on each other and never got too far away from one another.” 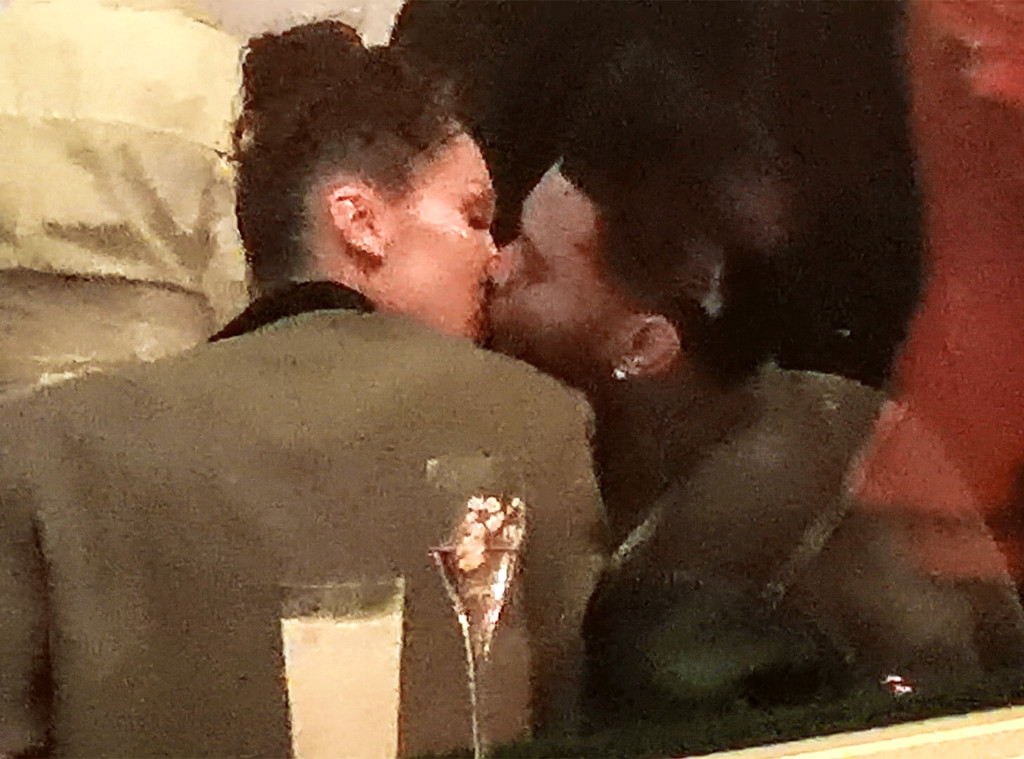 “They had some drinks and were dancing and talking,” the insider continues. “He had his arm around her waist and was pulling her in close. She was touching his face and stroking it. They kissed a few times passionately. They left Magnum Beach together at the end of the night. They didn’t care who was watching. There were cameras all over and they didn’t mind.”

This news comes just weeks after the exes crossed paths at the 2018 Coachella Valley Music and Arts Festival.

“Bella never really lost feeling for Abel and had hope they would eventually get back together,” a source told us at the time. The insider also added at the time that the exes had been “secretly seeing each other recently” but that they “are not official.” A separate source also shared that The Weeknd is enjoying the single life and not serious with anyone.

After splitting with Hadid in Nov. 2016, The Weeknd went on to date Selena Gomez. The duo split in Oct. 2017 after 10 months together.