A perfect family vacation. George Clooney mixed work with play by spending the summer in Europe with his wife, Amal Clooney, and their twins Ella and Alexander.

“Amal and George have had a fabulous summer in Europe, they’re so happy and in a very good place right now,” a source revealed exclusively in the latest issue of Us Weekly. “He timed it around a project that needed to be filmed in the UK, but even during that time he and Amal made the most of their time off and were enjoying date nights and drives in the countryside when he wasn’t working.” 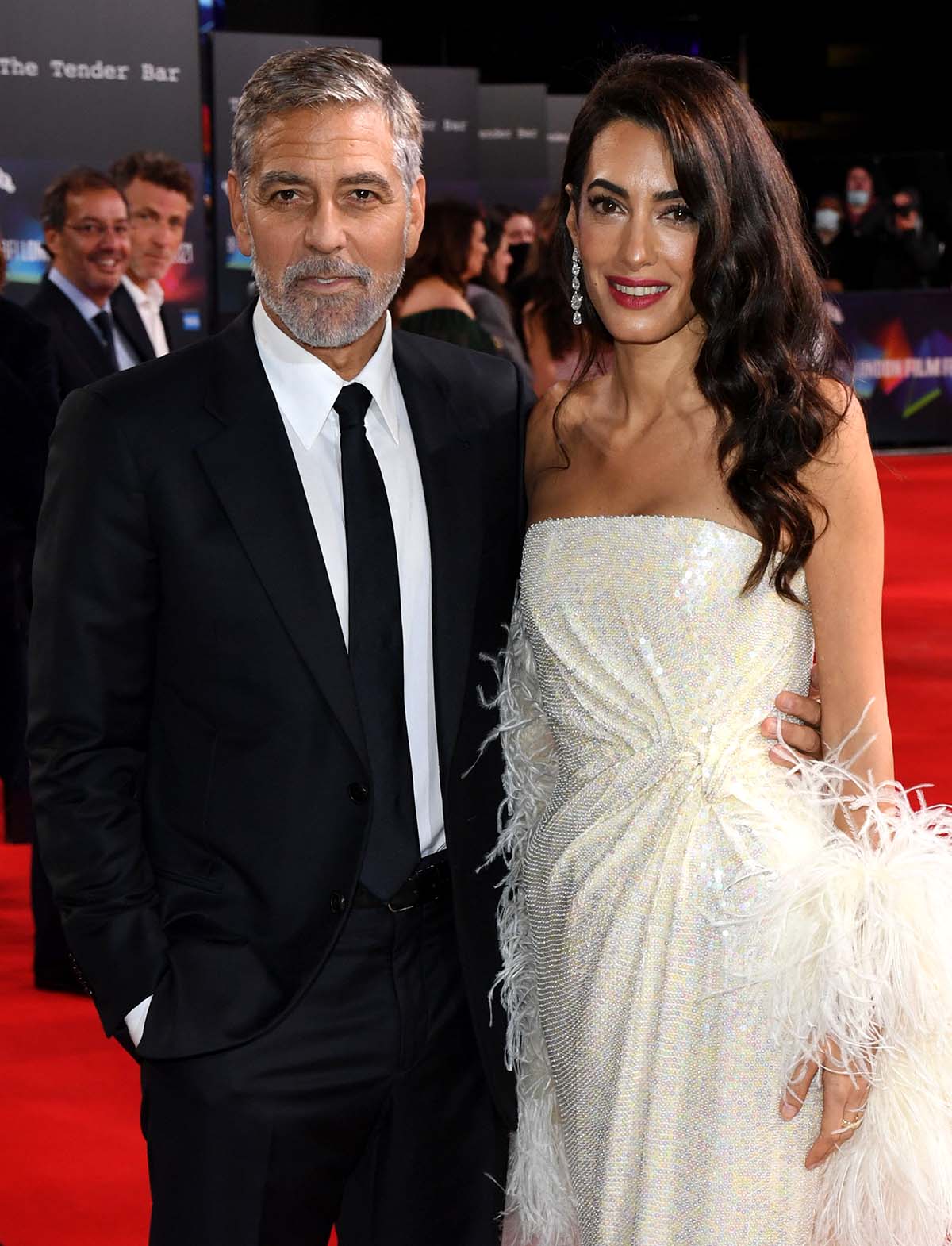 Once filming wrapped, the Oscar winner, 61, and the human rights activist, 44, headed to Italy with their 5-year-old children, where the family has been “catching up with old friends over there, dining out at their favorite restaurants, reading and relaxing and generally chilling,” according to the insider. “The kids are with them of course and they love it there too, it’s been a wonderful family experience. George and Amal have been taking them out on boat rides, teaching them Italian and immersing them into the Italian culture, which they just love and have so much respect for.”

The source continued: “It’s been a wonderful summer filled with fun, love, R&R and a lot of culture.”

George and Amal, who tied the knot in Venice in September 2014, have been open about their desire to share their love of Italy with their little ones. “We did a really dumb thing, which is, they speak fluent Italian,” the Ocean’s Eleven star confessed during a December 2020 appearance on Jimmy Kimmel Live! “I mean fluent Italian at 3. But I don’t speak Italian, my wife doesn’t speak Italian, so we’ve armed them with a language.”

He added that the kids had already begun using their newfound knowledge against him. “I’ll say, “Go back in and clean your room,’ and they’ll be like, ‘Eh, papa stranzo,’” George said with a laugh. “I’m from Kentucky, English is a second language to me.”

The Ticket to Paradise star and the attorney welcomed Ella and Alexander in June 2017, and although he became a father later in life, George told Entertainment Tonight that he does his best to be a hands-on parent. “There are times where [the kids] say, ‘OK, now we are going to hop like a frog all the way to bed,’” he said in December 2020. “And I am like, ‘I will hop a few. I don’t know if I can go all of the way to the bedroom.’”

Everything We Know George and Amal Clooney Have Said About Parenthood

In addition to spending as much time as possible with his children, George also tries to keep the romance alive with Amal through small gestures. “Even in lockdown, I’ll write a letter and slip it on her desk, or she’ll write a letter and leave it under the pillow,” the Monuments Men actor told AARP in January 2021. “I’m a big believer in letters. I have letters from Paul Newman, Walter Cronkite, Gregory Peck. I have them framed. I put them in the house.”

He continued: “If it were a text, it would feel different. Maybe that’s a generational thing, and maybe it won’t be that way 20 years from now, but for me, somebody sat down and wrote it.”

Later that year, a source told Us that George felt “happy and blessed” in his new role as a family man. “He doubted for so long that he’d get to meet that soulmate he always dreamed of … but when Amal came along, everything changed,” the insider said in April 2021. “It’s no exaggeration to say she swept him off his feet.”

Famous Fathers Who Had Kids Late in Life

The insider revealed that the COVID-19 pandemic allowed the pair to make the most of their time at home with Ella and Alexander. “[Being in Los Angeles] gave them the chance to hit the refresh button, spend time together as a family unit and play family without interruption,” the source explained. “George and Amal are very solid right now.”

For more on George and Amal Clooney’s family life, watch the video above and pick up the latest issue of Us Weekly, on newsstands now.