"100 per cent, I know that. Even I loved watching my head get punched in; I can only imagine how much other people liked it," he says. 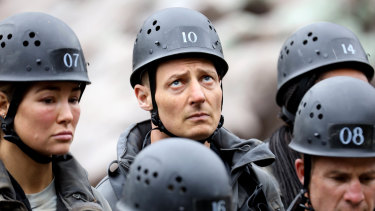 Such schadenfreude is obviously part of the show's initial appeal. The whole point of recruiting an all-celebrity cast is to watch them suffer, to have their class privilege and outsized status chopped down, to see what they're made of when they're not at home sipping $200 bottles of champagne before dinner.

"Of course, there's a bit of that," Watts says. "But it's also not like any other reality show. There's no tricks, there's no producers interfering, there's no manipulation. I was there and it is really that real."

The brutal new reality series has proved an instant hit for Seven, becoming the top-rating non-news program with its first two episodes and generating strong reactions on social media and across headlines. According to a Seven spokesperson, the show – which streams both censored and uncensored versions of each episode online – is also already "on track to be our biggest show ever on 7Plus". 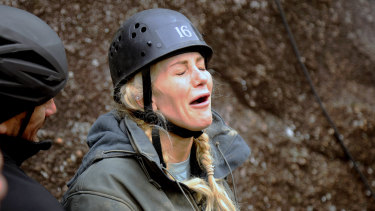 It begs the question: why? Unlike its reality TV progenitor, Network 10's I'm a Celebrity… Get Me Out of Here! – which trades on gimmicky challenges, gross-out humour, and the warm, unexpected interactions between disparate famous folk – SAS takes itself very seriously.

It's based on the Special Air Services' notorious selection program, which sees recruits challenged in physically and mentally exhausting tests. Contestants on the show are routinely yelled at and pilloried by furious Special Forces instructors, with any slight insubordination risking punishment for the entire troop (see: Firass Dirani's endearing anti-authoritarian streak, as if he's doing his best impression of Richard Gere in An Officer and a Gentleman).

The series set its unlikely tone on Monday with a relentless backroom interrogation of star recruit Schapelle Corby. In what could've easily been a segment on a current affairs program like 60 Minutes, Corby tearfully detailed the depths of her mental health problems while in prison, revealing she turned vegetarian after hallucinating that she'd been eating the raw flesh of her late father.

It's not the usual family-friendly antics of a primetime reality show. But the show's success highlights an ongoing shift in reality TV viewing habits, says Dr Benjamin Nickl, lecturer in international and comparative literature at the University of Sydney. 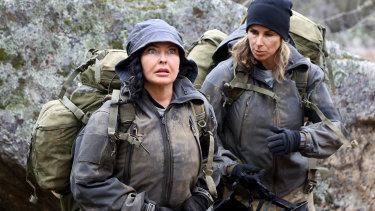 "It's a reaction against 'scripted truth'. If you look at early reality shows like The Real World and The Osbournes, they were called out for redoing takes and staging scenes," says Dr Nickl.

"Philosopher Max Weber talks about the 'disenchantment of the world' – everything becomes so explainable that people want to try and get some magic back. Ironically, now it's the magic of the real they are missing because they've become so disillusioned by this scripted reality of recent years. Really, they want blood. And it can't be fake, it has to be the real thing."

Endurance shows like Survivor, Naked and Afraid and anything hosted by Bear Grylls similarly tap into this move from "hypothetical entertainment to a recreation of extreme human situations," says Dr Nickl. He points, however, to the German TV show Wetten, Dass..? for the genre's grisly potential: the program was axed not long after a contestant suffered life-threatening injuries in 2010, following a stunt gone wrong in front of a live TV audience of millions.

"It seems this is where we're going towards, until one of these competitors might actually die," says Dr Nickl. "I don't know what that says about our entertainment culture that we're becoming so bloodthirsty and really just waiting for that ultimate reality, which is death. It's a bit concerning."

Watts, however, says the show's harsh tone was what appealed to him in the first place.

"That's the reason I wanted to do this and that's the reason I haven't done any reality shows in the past," he says. "This is a proper reality show, in the sense that it's beyond real. It strips you back to your bare survival personality; that's what comes out. From the get-go, it's just hyper real.