Everywhere you turn the world is apparently going to hell in a handbasket, which is all the more reason for getting along to some of the shows in this year’s Sydney Comedy Festival (April 25 to May 22). Right now, we all need a good laugh.

We’ve picked a few of our favourite comics and then asked them who is on their must-see list. 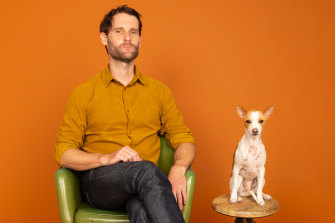 Last year, Heggie claimed the festival’s top gong for his singular, deliciously caustic Lowbreed. He isn’t changing what ain’t broken – Your Stupid will again focus on “idiots”, he says. “It’s just things that have annoyed me the last two years. I’ve written them down, and here they are.”

Having hilariously skewered all manner of “tiprats” on stage, Heggie is also concerned about keeping them out of his audience and has even slapped an “M30+ limit” on his show to discourage youthful malcontents. “If you want to take everything literally, probably don’t come,” he warns. “There’s something for everyone, provided everyone is exactly like me.” 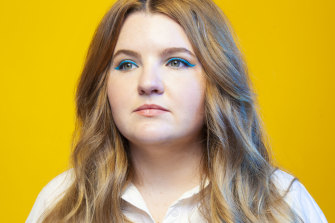 Danielle Walker mines her own family for material.Credit:

Townsville-born, Sydney-based Walker mines laughs from imaginative, often slightly warped Australiana. Her new show is coloured by the melancholy of being separated from family during the lockdowns. “I want to make the audience laugh but also feel the way about their family that I feel about (mine),” she says.

Walker’s storytelling nous and comic chops don’t mean she takes centre stage at family gatherings, however. “I don’t necessarily try and be funny around them,” she explains. “I’m constantly laughing, but I just defer and listen; they’re naturally funny, but they don’t know they’re funny.”

And what do they make of their role as her comedic muses? “My mum doesn’t care whether I’m saying good or bad things about her, as long as I’m talking about her.” 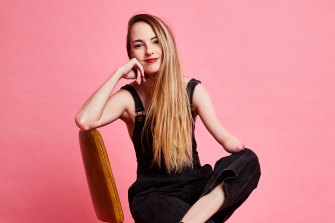 Madeleine Stewart’s deeply personal tale was a long time in the making.

Billed as “your average one-handed girl looking for love in a two-handed world”, Stewart’s deeply personal tale was a long time in the making. “It seemed the perfect time to share this kind of story because it feels like, for the first time in years, disabled people have more of a voice than we’ve ever had,” she says.

A performer who describes comedy as “the love of my life”, the ebullient Stewart’s credits include an explainer on NDIS snafus for Tonightly, which typifies her approach of infusing advocacy with laughs. “You’ll never see me do comedy without trying to highlight injustice or something that’s messed up – and there’s plenty that’s weird about how people interact with disability.” 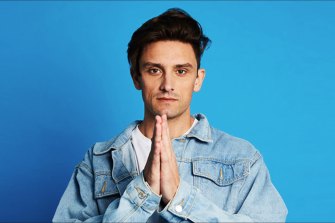 Sam Taunton believes audiences have had enough COVID-19 angst. “I won’t be taking myself too seriously,” he says. “I think this year we all need a fun, silly show … comedy should be a joyous thing.”

Familiar to many from his work on The Project, Taunton’s stand-up has an effortless feel that belies its sterling craftsmanship. His particular niche is for tales casting him as the striving underdog.

“There’s a million different ways to do comedy, but the comedian is in such a dominant position on stage, so there’s humility in sometimes being the victim,” he explains. “I’m constantly losing in my stories – my life is me slipping on a banana peel, then writing it down and doing it as comedy.”