It all became real the summer before my senior year of college. It was 2010, and my home phone still had a cord, which I wrapped around my fingers as I waited not-so-patiently for the apathetic representative on the other end to tell me the bad news about my student loan debt. My father was in front of me, his typically ruddy face redder than usual. “A 9.25 percent interest rate?” he yelled, “How can you put that on a kid?” It was clear he was worried, and he had every right to be — as the cosigner of my loans, my debt would be his responsibility, too.

The loan, ironically called a "Smart Option" loan, has a variable interest rate that fluctuates based on changes in the financial market — which may have been explained to me at the time (I truly don’t remember), but I know I didn’t fully grasp what that meant. Either way, neither of my parents wanted me to take it — I could tell that much. My mother didn’t even have to say it, as she sat wordlessly next to me on the couch. Like most working-class parents, she couldn’t fathom paying more than $30,000 a year for my education (let alone $60,000). My father, an electrician who worked nights driving Amtrak trains to put himself through trade school, only earned his associate’s degree in his mid-30s. My mother held a few random part-time jobs over the years while she devoted herself to raising my brother and me, but she never graduated from high school. The concept of attending a private college, let alone paying for it, was completely foreign to them. They wanted me to chase something bigger than they ever had access to. They just didn’t want “bigger” to mean drowning for the next 20 years in an all-consuming pile of debt.

At this point in my education, after two years of private college (and one in a public university), I had already taken out eight substantial loans totaling over $67,000, whose repayment I hadn’t even begun to contemplate. Knowing how much debt I had already amassed, my father tried to impress upon me the difference between this new loan and all of the others I had already taken out — whose average interest rate meted out to a little under 6 percent — and why this loan would be harder to pay in a sea of already-hard-to-pay debt. I knew racking up one more loan and another $24,000 wasn’t ideal, but what was the alternative? Dropping out? Transferring to a new school and hoping my credits would translate? Leaving all the relationships I had cultivated with students and professors alike behind? So I chose to take the loan. In my final year of college, with my back against the wall, Sallie Mae made me an offer I did not know how to refuse. 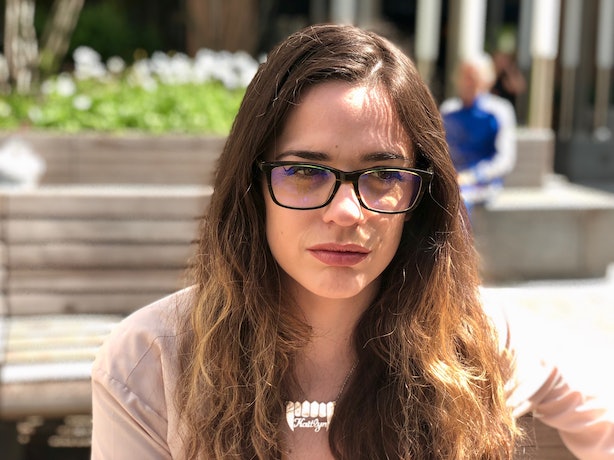 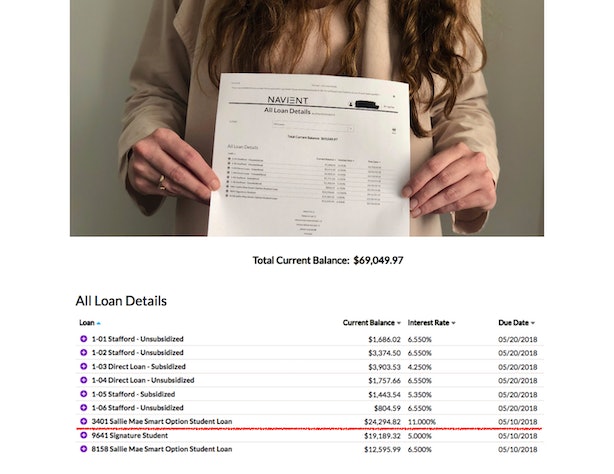 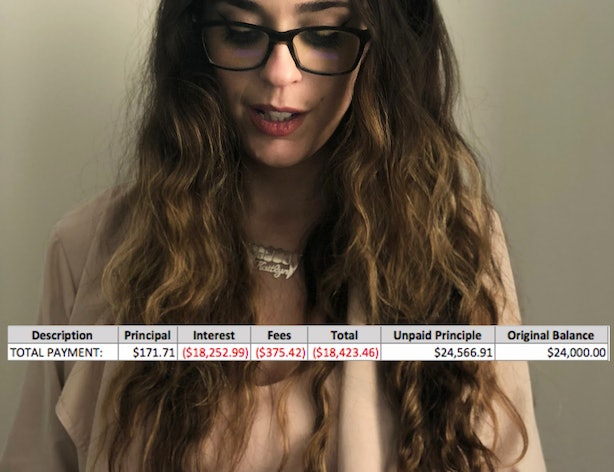 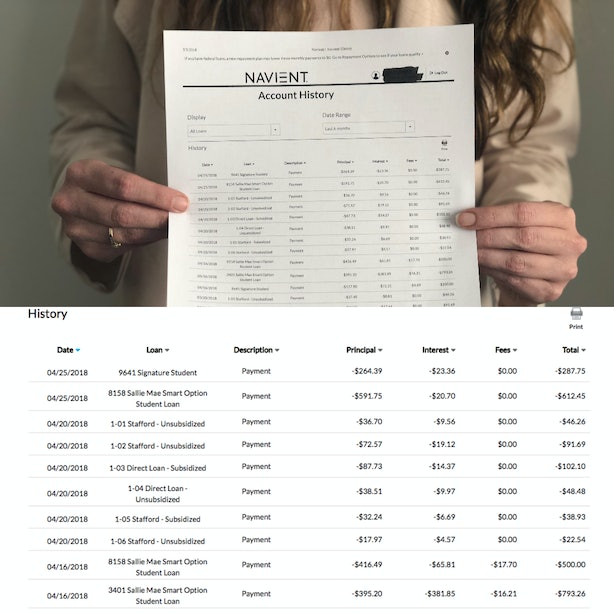 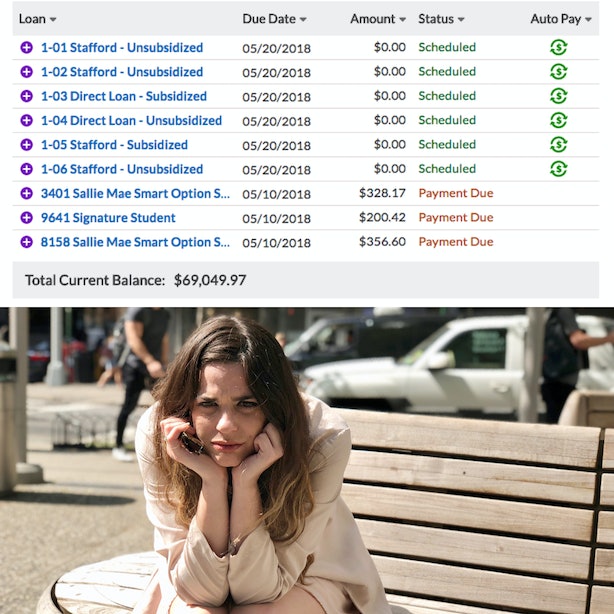 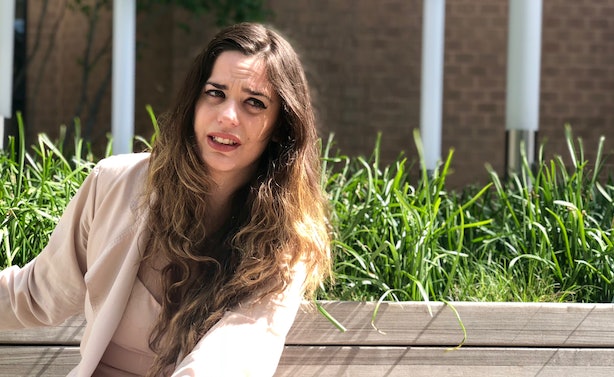 The fact is, a choice I made when I agreed to my first loan at 18 (to better myself, I thought at the time) will sit on top of my finances almost until I’m middle-aged. If I can appreciate anything about this struggle, it’s that it was ultimately in the pursuit of something bigger than I would have achieved if I had taken a job just out of high school in the Bronx. I just wonder if that opportunity should cost so much.

Our current mode of paying for higher education doesn’t benefit anyone in the long term except student loan providers and for-profit universities. Is this really what we want for future generations? Do we want people seeking an education to be punished by their own ambitions? Do we want to saddle young Americans with debt so astoundingly debilitating that they’re forced to accept the jobs and paychecks and limited opportunities that they went to school to avoid in the first place? Do we believe that only certain people — essentially, people with rich parents — should be allowed to access the jobs and resources and networks to which college is still the best gateway? We don’t want to look at higher education as a class issue, but anyone struggling to pay off their loans, or contemplating whether to take them on in the first place, understands that it is.

I can recall my father’s red face that afternoon so clearly now: the pained, pleading look in his eyes. All he and my mother wanted was for me to have a better life, one unencumbered by the difficulties they had always associated with money. All they wanted was to for me to have more — and now I’ll have almost $200,000 less. It’s not fair to them, to me, or to anyone else with student loans.

Sometimes, I struggle to imagine a future in which life doesn’t swing from one paycheck to the next, like a crushing pendulum of debt, but I know it exists. The year 2030, with its flying cars, hoverboards that don’t explode, and a long-awaited cure for brain freeze, is good for me financially. I’ll have finally paid off my student loans — and now I can finally consider having a big wedding, becoming a mother, or buying a house. It might seem a little late in life to you, but I know many of my peers, so long in debt and ignored, will be in exactly the same place. Forty will actually be the new 20. What a comforting and not at all terrifying thought.