After months of wondering how Pearson family patriarch died on This Is Us, the NBC drama gave fans a heartbreaking answer. Jack suffered cardiac arrest after facing smoke inhalation from the house fire. But what if the fire wasn’t because of a Crock-Pot after all? Milo Ventimiglia, who plays Jack on the series, recently revealed that Jack’s death almost didn’t include a Crock-Pot, which will make fans question everything about the series of events that led to his tragic demise.

During an interview with Entertainment Weekly‘s Chasing Emmy podcast, Ventimiglia explained that a different appliance was almost responsible for the This Is Us fire. He told EW,

It’s not clear whether or not Ventimiglia meant that the other appliance had known issues for the Pearson family, or if he means a different appliance that was known to be faulty during the late ’80s/early ’90s. He also didn’t specify which appliance might have caused the fire instead. Still, the news will come as a shock to fans who’ve sworn off slow cookers since the Super Bowl episode aired in February. 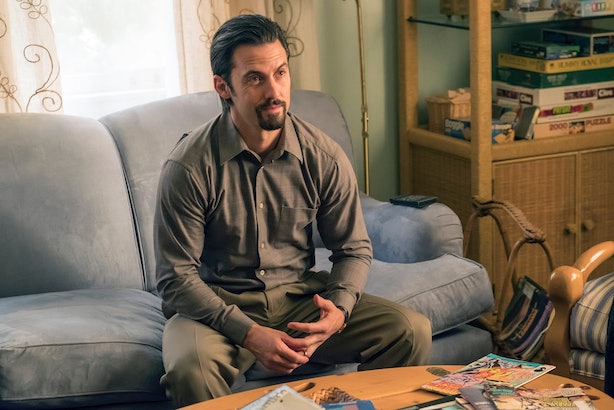 For as much as the slow cooker seemed to be an instrumental part of the heartbreaking episode, it now seems like the appliance itself was an afterthought to the overarching storyline. In fact, Ventimiglia shared with EW that the reason for the change was because slow cookers are often used to make Super Bowl foods.

Crock-Pot itself might not be too thrilled to hear that its products could’ve been let off the hook. While the show is, of course, fictional, plenty of fans tweeted their dismay with Jack’s death, with some people saying (whether joking or not) that they’d throw away their slow cookers. Crock-Pot responded to concerned fans on Facebook, noting that its products are subject to rigorous "safety standards" and that the slow cookers have been "generationally tested" without issue. And Ventimiglia even appeared in a Super Bowl ad that proclaimed "Crock-Pot is Innocent" after the big reveal.

Eventually, though, things got serious enough that Crock-Pot had to issue a statement explaining that the fictional storyline couldn’t actually have happened. The brand explained that its slow cookers function at "low current, low wattage" levels, so it wouldn’t have been enough to start a fire. According to EW, the brand also clarified,

It sounds like the This Is Us episode created a major headache for the brand — in some ways, it’s almost funnier to know that the slow cooker almost wasn’t involved. Months after the show’s big reveal, fans are still tweeting about getting rid of or turning off their Crock-Pots. It looks like the brand’s statement, and the "Crock-Pot is Innocent" video, weren’t enough to convince everyone.

So if the appliance in question hadn’t been a Crock-Pot, what other faulty kitchen item could have caused the fire? Fans might remember that Jack forgot to turn on the oven when Kevin wanted to cook his parents an anniversary dinner, so that could be one appliance that the family doesn’t always remember fondly. If the fire had been started by, say, a faulty oven, that would have been a lot different than the Crock-Pot fiasco. (And fans probably wouldn’t vow never to use their ovens again.)

But leaving an oven on all night isn’t as believable of a storyline. So even if Crock-Pot is innocent, it makes sense why the show went in that direction after all.