I think most of us can agree that Hollywood has left us with very few real celebrity #RelationshipGoals to aspire to. One of the few relationships that has actually managed to stand the test of time has been that of Will Smith and Jada Pinkett Smith. The lovebirds have been together for over two decades and it really does look like they have a true fairytale romance. But, according to a recent interview, their start wasn’t quite as dreamy as their happy ending. In fact, it turns out Will Smith was married when he started dating Jada Pinkett Smith.

You see, before Will married Jada, he was married to a woman by the name of Sheree Zampino with whom he shares his son, Trey Smith. And, apparently, when he met Jada on set of The Fresh Prince of Bel Air in 1994 and started dating her in 1995 his marriage wasn’t exactly over.

Finally, in a recent interview with Access, Jada and her mom Adrienne Jones opened up about the scandalous love triangle. Now, if you’re a fan of the couple’s don’t worry too much. While he technically was still legally married, Jada makes it clear that the marriage was already pretty much over when she started seeing him.

That being said, her mom still wasn’t a fan of her daughter’s new beau. “I think initially when Will first called you, I think he was still married or he was just separated, or something, and I said, ‘he’s not available to you,’” she admitted during the interview. 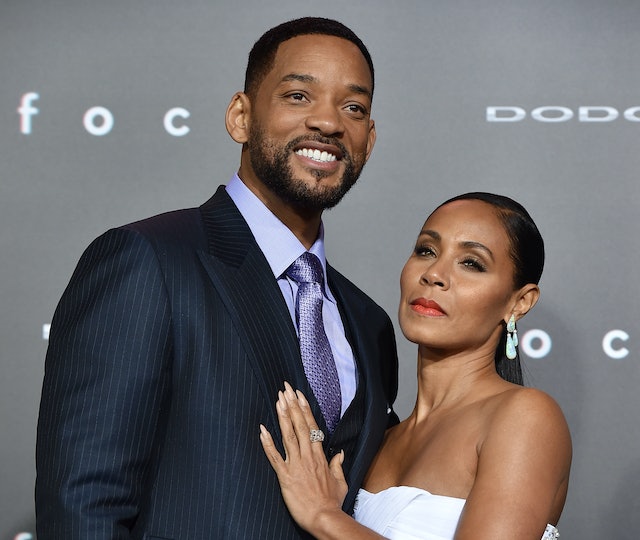 Despite the rocky start, Jada and Sheree have actually managed to become friends. Such good friends that Jada is even having Sheree as the first guest on her new Facebook Watch talk show Red Table Talk.

The episode Sheree will be featured on is the Mother’s Day episode and Jada explains in the introduction that co-mothering Trey with Sheree was her "entry point to motherhood." She told Access, "At that particular time, before [having a blended family] was popular, before it was even an idea, we were trying to create something that we had never experienced.”

In a preview for the episode, the two reminisce on their not-so-smooth start.

"I call back and I happen to say, quote, ‘B*tch, you livin’ in a house I picked out," Sheree recalls. "You said, ‘it’s my house now.’" OOH, BURN. When the two managed got themselves together after sharing a few LOLs over the ridiculous memory, Jada notes, "I want you to know Will Smith let me have it." So it looks like, despite the failed marriage, Will still did have his ex’s back.

Despite that tumultuous start, it’s obvious that the two have managed to get past their differences and actually create a healthy friendship. Maybe that ability is one of the keys to Will and Jada’s successful marriage. Or maybe it’s the fact that their marriage isn’t bogged down by traditional rules and norms.

In an interview with Howard Stern back in 2015, Jada addressed the rumors that her marriage is open:

Kudos to Jada Pinkett Smith for keeping it so real and refusing to ever allow society’s norms hold her back.