He’s currently leading a campaign to stop children from being bombarded with junk food adverts on TV.

But some children’s meals at one of Jamie Oliver’s restaurant chains can contain more calories, fat and sugar than similar dishes at some of the biggest fast food giants, FEMAIL can reveal.

A children’s burger served with sweet potato fries and salad at branches of Jamie’s Italian contains up to 452 calories, 18g of fat and 18g of sugar.

A Burger King Kids Hamburger on the other hand – which can come with apple slice ‘fries’ in the Kids Meal – contains 250 calories, 6g of sugar and 9g of fat. 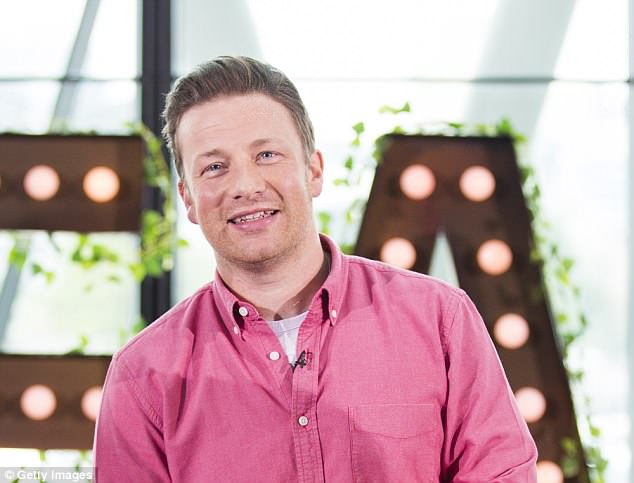 Jamie Oliver has created a campaign called #AdEnough, which calls on the government to ban fast food adverts before the watershed 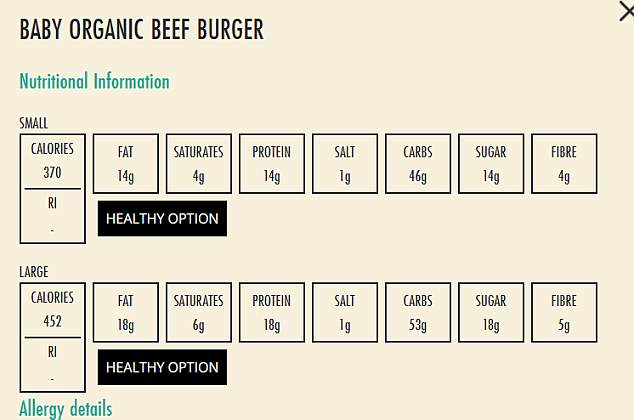 With his viral #AdEnough campaign, Jamie has been calling for the government to introduce a 9pm watershed for fast food advertising on TV, as well as urging fast food chains to stop promoting before these times too.

But some dishes at his Jamie’s Italian chain can be more calorific and fattening than similar meals at the giants he has been targeting with his crusade, it was highlighted on Twitter before FEMAIL conducted its own research.

A children’s Margherita pizza at Jamie’s Italian contains 374 calories, and 11g of fat.

Meanwhile, a Little Heroes Thin Pizza Margherita at Pizza Hut contains 327 calories, and 10.3g of fat, with a Pan and Gluten Free containing about 100 more.

Jamie’s Italian’s children’s burgers also come in a large and small size. The large contains 452 calories – 200 more than Burger King’s kids burger – and the small contains 370. Both are served with sweet potato fries and salad.

Burger King’s values are for its burger alone, but a meal with apple fries, which contain 30 calories and 0g of fat, still comes to less than a burger meal at Jamie’s.

Youngsters can choose from a range of options for their Little Heroes kids meal, and one of the pizzas – the Thin Pizza Margherita – contains fewer calories than Jamie’s Italian’s Margherita

However with a small portion of fries, a Burger King Kids Burger meal would come to 470 calories and 19g of fat, making it unhealthier than a burger meal at Jamie’s Italian.

It comes after Jamie Oliver called on both Burger King and Pizza Hut to move their adverts to after the watershed in tweets last week.

To Burger King, he wrote: ‘Burger King! I’ve #AdEnough of our kids being hit with ads for high salt, fat & sugar foods and I’m on a mission to sort it. Will you guys support me? I think there’d be a lot of love out there for burger giant on the right side of this fight.’

He also made the same request of Pizza Hut, and wrote: ‘I wonder how many retweets it’d take for to move their ads to after the watershed?’

A spokesman for Jamie Oliver said that the restaurant’s children’s menu has won a Soil Association award for the healthiest on the high street for the last six years.

On its website, Jamie’s Italian states that at least ’30 per cent’ of its menu is made up of ‘fantastic healthy options’. 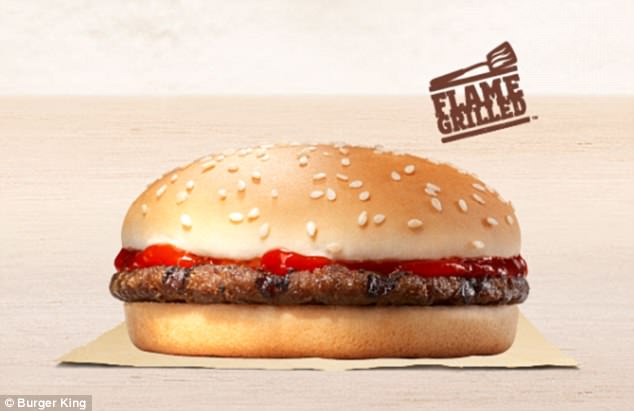 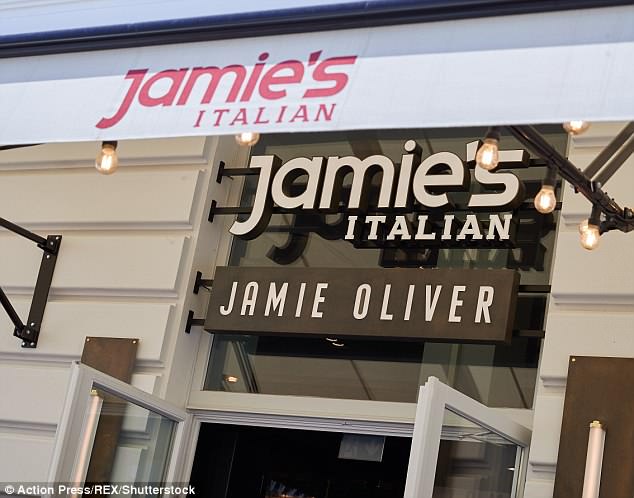 About its kids meals, it adds: ‘Every meal is completely balanced, containing all the food groups that growing children need. All meals meet our healthy eating targets for children and contain at least two portions of a child’s recommended five portions of fruit and veg a day.’

Children are given a side of apple fries – apple slices shaped like fries – in their Kids Meal at Burger King, and at Pizza Hut, a Little Heroes meal includes salad.

The celebrities – who also include Fearne Cotton, Paloma Faith and the cast of Cold Feet – argue the only ad-blocker that children currently have is covering their eyes.

Explaining his campaign on his blog, Jamie said: ‘Kids are bombarded, day-in, day-out, with adverts for food and drink products that are high in unhealthy fats, sugar and salt.

‘They’re online, on TV, on the streets and all over public transport.’

He continued: ‘It’s time we put child health first. I’m calling for the government to introduce a 9pm watershed on junk food advertising on TV, and for proper controls on what ads kids see online, in the street and on public transport.’

Representatives of Jamie Oliver have been contacted for comment.