Years of listening to friends complain about their husbands left a smug JANE GORDON convinced she was right to stay single – But as those same couples rediscover love while isolating together, she admits: I really DO need a man at 64

It was a phone call, a few days ago, from one of my long-married friends that prompted me to question my attitude to love in later life. Back in pre-Corona days, my conversations with this friend (let’s call her Caroline) usually followed the same pattern.

They almost always contained a litany of complaints aimed at her husband of more than 30 years who had been, she often concluded, ‘such a disappointment’. And inevitably, at some point during our heart-to-heart chats, she would express a certain degree of envy for my single life.

‘You are so free,’ she would say in wistful tones. ‘You can do what you want, when you want and go where you want with whomever you want.’

I would end those calls feeling that, yes, life as a single woman of a certain age was infinitely preferable to being trapped in a relationship with a man for whom you had no respect and no physical connection. 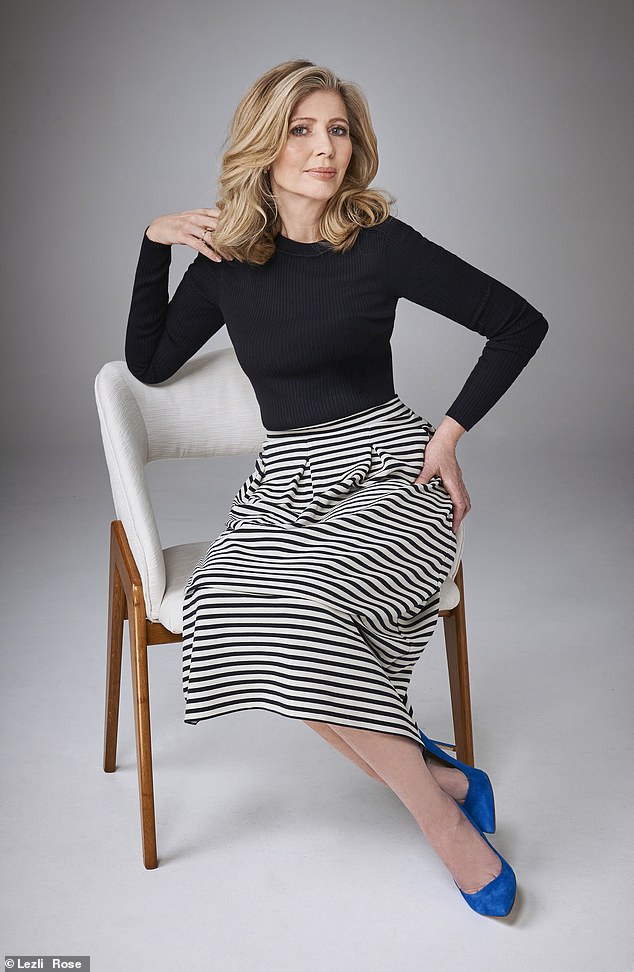 Jane Gordon, 64, (pictured) revealed how a phone call from a friend made her reconsider her attitude towards being single

Because it wasn’t just Caroline who complained about the stagnant state of her marriage. Hardly any of my married friends, who range in age from their late 50s to early 70s, talked about their husbands in anything other than disparaging terms.

Their partners were domestically useless, irritable old men with whom they had little in common (apart, in a few cases, from adored grandchildren).

Indeed, from the outside looking in, most of my friends had unions that seemed to me anything but united.

One or two seemed to have retained a spark, but in the main the passing of time seemed to have eroded and dulled their ability to physically or emotionally relate to one another.

Often, usually during alcohol fuelled women-only nights out, one or other of these women would reveal that they had stopped counting the number of years (yes, years) since they had ceased having sex.

As for any romance in their marriages, the mere mention of the word would produce a loud guffaw or a dismissive statement about how they couldn’t remember when their husbands had last paid them a compliment.

It’s possible, of course, that in front of me they exaggerated their disenchantment out of the kind of ingrained pity that society has for the single, older woman; but even so, it was clear that very few of them were living ‘happily ever after’.

It was this general dissatisfaction that I observed among my married friends that made me conclude (pre-Corona) that, as regrettable as my own divorce had been some 17 years ago, I was now, aged 64, in a good place.

My three children were all flourishing in good relationships and fulfilling careers, my ex-husband and I were on reasonable terms and I had an active social life in the country town I had settled in five years previously when my second long-term relationship broke down. 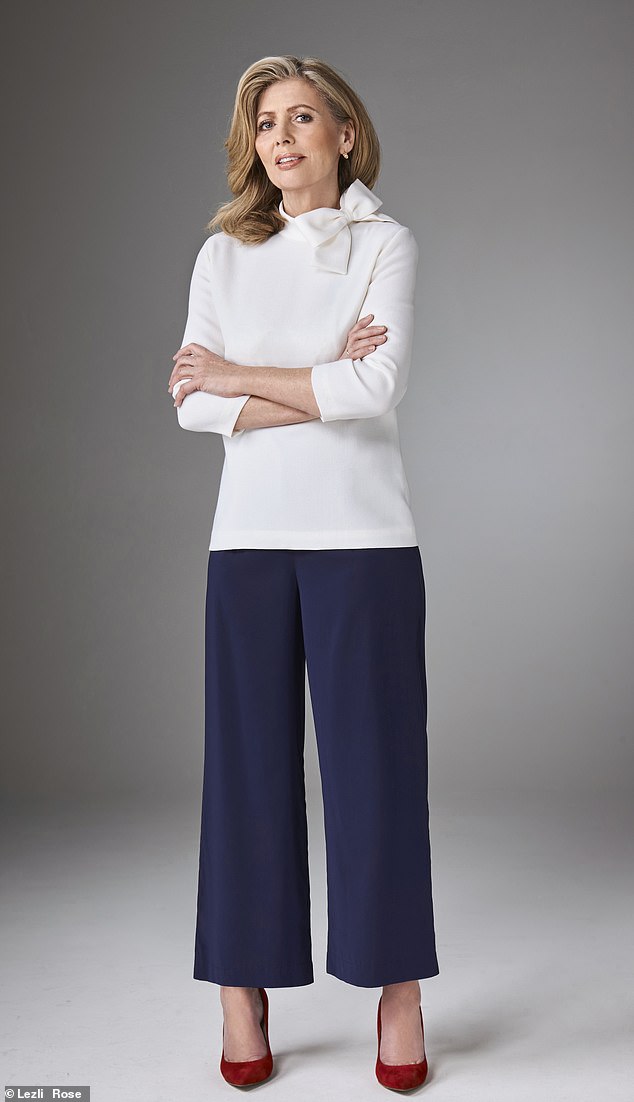 Jane (pictured) said she decided that she was better off on her own, after a few dinner party invitations where a ‘spare man’ was produced and after having tried a dating site

I was content with my lot, and while I did sometimes harbour ‘one day my prince will come’ fantasies, I had accepted that a single attractive man of a certain age was as difficult to find as a unicorn or a four-leafed clover.

There had been a few dinner party invitations when a ‘spare man’ had been produced for me, but nothing had come of them. I had, too, cautiously ventured onto a ‘mature’ dating site, but the only men that had ‘liked’ my profile had been either desperately dull, suspiciously young (looking for a ‘sugar mummy’?) or had reached that stage of life where they needed a carer rather than a romantic partner.

1 Sometimes — particularly during the Government’s daily briefings — the need for a reassuring hug is overwhelming, and a FaceTime call with your grown-up children, lovely though that is, isn’t the same as being comforted by a pair of strong, sympathetic arms.

2 Those scary middle-of-the-night moments when you think you have caught the virus (even though you’ve not left the house) must be so much easier if you are sharing your bed with a husband, rather than just a dog and a cat.

3 The box sets that are helping to get us through the long, lighter evenings are so much more enjoyable when they are shared curled up together on a sofa.

4 Walking through bluebell woods on your own during daily exercise doesn’t compare to walking hand-in-hand with a soulmate.

5 Without anyone to check your daily alcohol intake, a glass of red can easily turn into four or five. And anyway, drinking alone is tragic, isn’t it?

6 Likewise, without anyone to see you in the flesh (rather than on Houseparty or Zoom), it’s easy to neglect essential personal grooming. I may emerge from lockdown having gone grey, grown a beard and put two stone back on.

7 With no visitors to impress, the incentive to get out the vacuum cleaner, scrub floors or iron has gone and my cottage is a disgraceful mess.

8 Eating a Tesco Finest Meal for One is no match for a candlelit dinner for two.

9 With no one to have long, meaningful conversations with, I have begun talking to myself (and my dog and cat).

10 With no one to stop me, I I have already developed a brain-rotting addiction to trashy reality TV shows and a somewhat worrying obsession with a game on my mobile called Two Dots. I have just reached level 1,100 (there are 2,600 levels).

I had decided I was better off on my own and that I neither needed nor really wanted a ‘significant other’.

In fact, I had entered lockdown feeling rather smug about my life. I was happily single, used to living alone and felt certain I would come through this strange and scary time relatively unscathed.

I was, I decided, in a far better place than my married friends — quite a few of whom, I predicted, might find being isolated with their ‘disappointing’ husbands untenable.

How many of their marriages, I idly wondered, would break down in lockdown?

Which brings me back to that call I had with my friend Caroline a few days ago. I had answered the phone absolutely convinced she was calling to tell me how appalling life in isolation with her hateful husband Tom (not his real name) was.

But just the tone of her voice — coy and girly — immediately alerted me to the fact that something had dramatically changed. ‘How are you and Tom doing?’ I asked. ‘Really well!’ Caroline replied jauntily, before telling me, in glowing terms, how the national state of emergency had transformed Tom’s behaviour.

‘Do you know what?’ she said. ‘Just yesterday, on our daily exercise together, we walked down to the bluebell woods and he held my hand, Jane! It was so lovely.’

Since Caroline had previously confided in me that Tom hadn’t touched her in ‘at least ten years’, this news astounded me, as did her revelation that each evening in lockdown they would sit down for a candlelit dinner.

It wasn’t until I had put down the phone that I realised it wasn’t just her marriage that had been turned round by the pandemic: it had also totally reversed my feelings about being single. Where once Caroline had expressed a degree of envy for the freedom that living alone afforded me, I was now looking rather longingly at the new togetherness that her marriage was giving her.

And it wasn’t just Caroline and Tom I was beginning to envy — it was all my long-married friends, who now seemed to be enjoying rejuvenated relationships.

Their previously hopeless, undomesticated husbands all appeared to have undergone similar transformations and were being helpful, attentive and even, er, romantic. 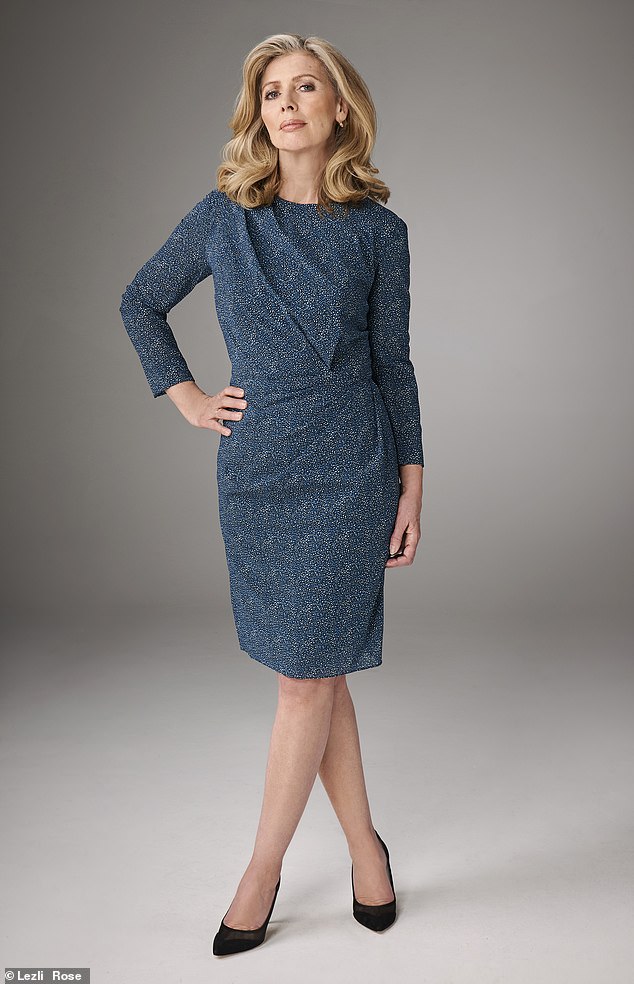 I have been trying to work out why, exactly, the lockdown has had such a positive effect on my friends’ marriages.

I think maybe it has something to do with the way in which marriages that last 30 years or more inevitably involve couples taking each other for granted — perhaps not ‘seeing’ each other clearly anymore — and perhaps falling into the trap of leading increasingly separate lives.

Being suddenly forced to ‘stay at home’ has given them, albeit not of their own choosing, a chance to see each other again — and, in the process, to rediscover exactly what it was that attracted them to each other in the first place.

And, my goodness, don’t I now envy them!

As the weeks go on and there are rumours of isolation for some oldies stretching on until Christmas and beyond, I am totally rethinking what is important in life.

Last week saw the publication of my book, How Not To Get Old, which has preoccupied me for the past 18 months. In it, I take on a series of challenges designed to boost my cognitive skills and my physical strength as I grow older.

In a bid to remain healthy and independent for as long as possible, I learnt how to box, ballroom dance, speak French and meditate.

I embarked on an advanced driving course to help me keep the keys to my car on into my 70s (and maybe even my 80s). 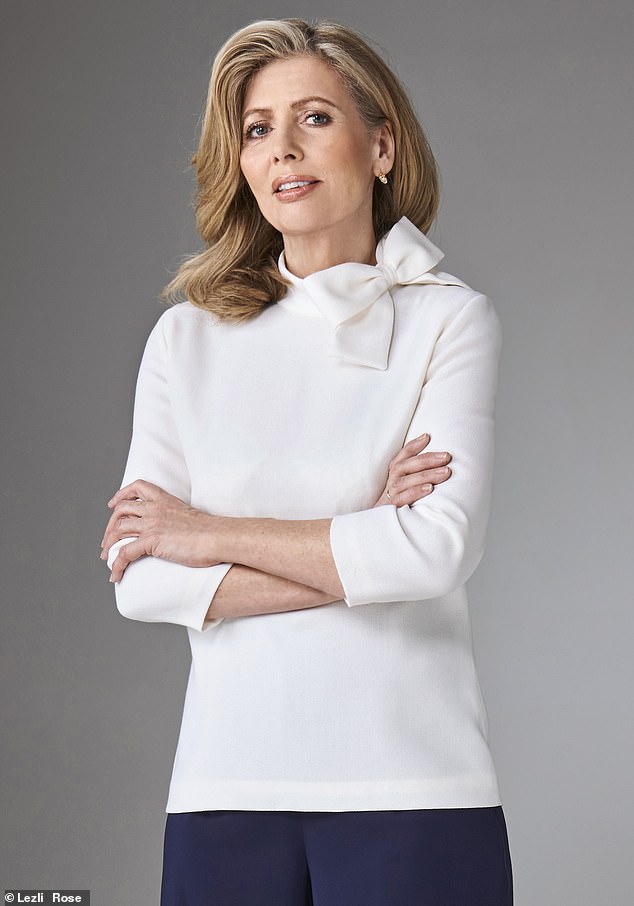 I took up life drawing and learned how to play Ode To Joy on a recorder.

As rewarding as these tasks have been (I have lost 12kg, gained a perfect BMI and a working memory of 96 per cent), I realise that there is one challenge I now need to concentrate on as I prepare myself for growing old in some form of grace: the challenge of finding someone to grow old gracefully with.

My experience of being single in isolation has convinced me that a life led as two is infinitely preferable to a life led alone.

With the encouragement and help of my female friends — whose new marital contentment has reinforced their desire to find me a man — I have decided that I will do all I can to find love and companionship in later life.

I have already signed up to a new mature dating site and I have made tentative contact with one of Caroline’s husband’s single male friends. And actually, he seems really nice…

How Not To Get Old: One Woman’s Quest To Take Control Of The Ageing Process, by Jane Gordon (£16.99, published by Trapeze), is out now.