We’ve always known Jazmine Sullivan was that girl but Super Bowl LV just informed those who were still out of the loop.

The Heaux Tales singer performed a duet of the national anthem at the opening ceremony of this year’s National Football League championship with Grammy-nominated country singer Eric Church.

In the tradition of Beyoncé, Alicia Keys, and Whitney Houston, Sullivan put her own spin on her portion of the “Star Spangled Banner.” She masterfully extended the word “brave” as fighter jets and fireworks darted through the sky above the Raymond James Stadium in Tampa, Florida. Her incredible voice rang out from underneath her jeweled headpiece inspiring the crowd and the announcers who remarked on the show’s quality.

Black Twitter was here for Sullivan’s performance! They showed up to give her flowers before the wings were even out of the air fryer. See what they had to say about the daughter of Philly’s pipes and the singer she was paired up with below. 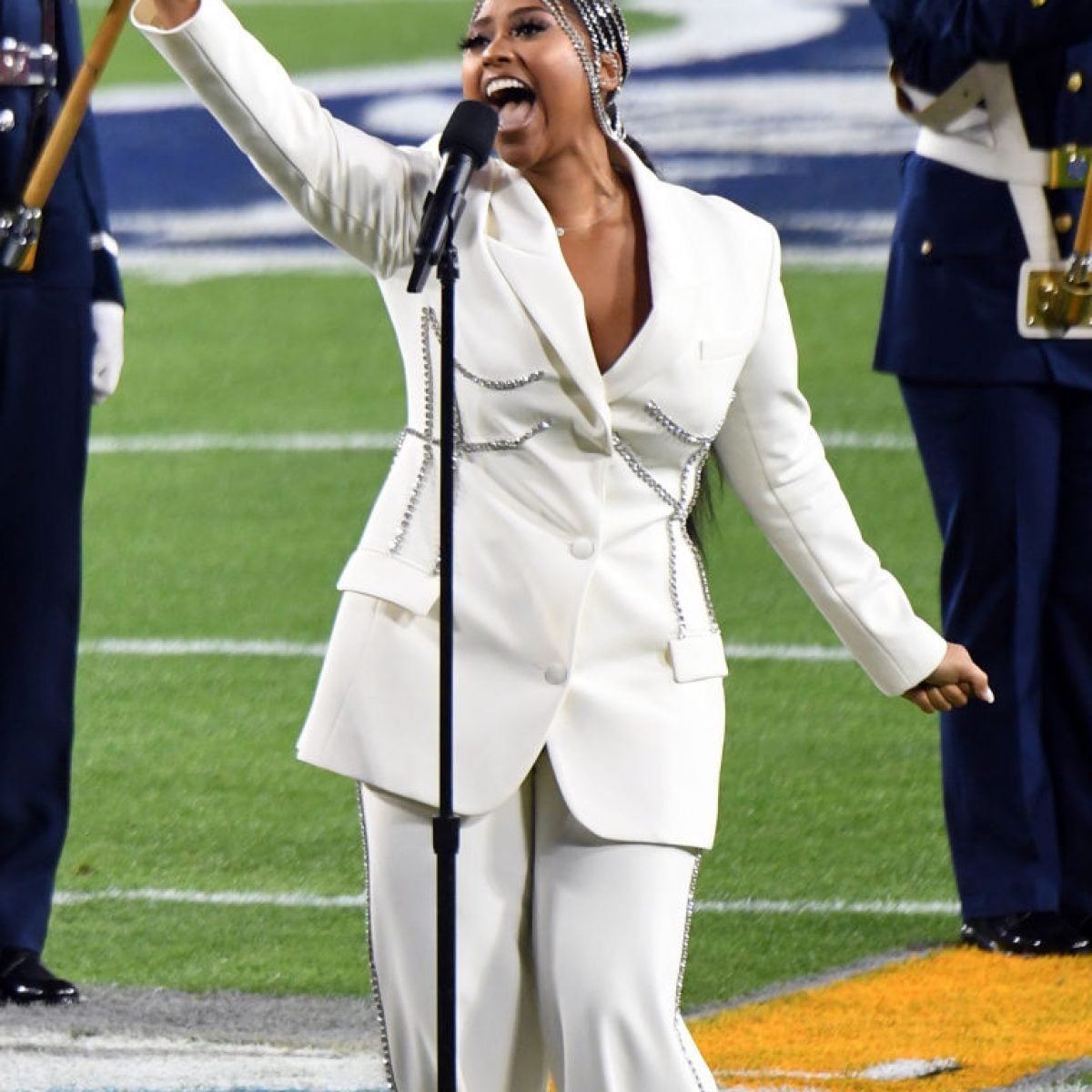 Even Jazmine’s fellow peers saluted her musical prowess on the field.

Check out the performance below.