From Gaga to Cardi: Designer Christian Cowan on his greatest celebrity hits

Jennifer Lopez sang the Neil Diamond classic “Sweet Caroline” as a tribute to her mom at Global Citizen’s “Vax Live: The Concert to Reunite the World” on Sunday night.

But sources in the crowd couldn’t help notice that the song is also a Red Sox anthem — and that Lopez’s ex, Boston native Ben Affleck, appeared at the concert in a segment immediately following her performance.

The tune has been played at every Fenway Park home game for nearly 20 years.

Affleck, 38, was a presenter at the show with comic Jimmy Kimmel, who poked fun at Affleck’s role as Batman — as well as the star’s predilection for Dunkin Donuts.

Page Six previously reported that Lopez — who just split from former Yankees slugger Alex Rodriguez — and Affleck have spent time together since she returned to Los Angeles from the set of her latest film to start rehearsals for Saturday night’s concert.

Affleck has allegedly visited Lopez’s Bel Air mansion multiple times during the day, but the exes are strictly friends — and always have been — sources say. They were both previously scheduled to appear at the star-studded “Vax Live” concert. 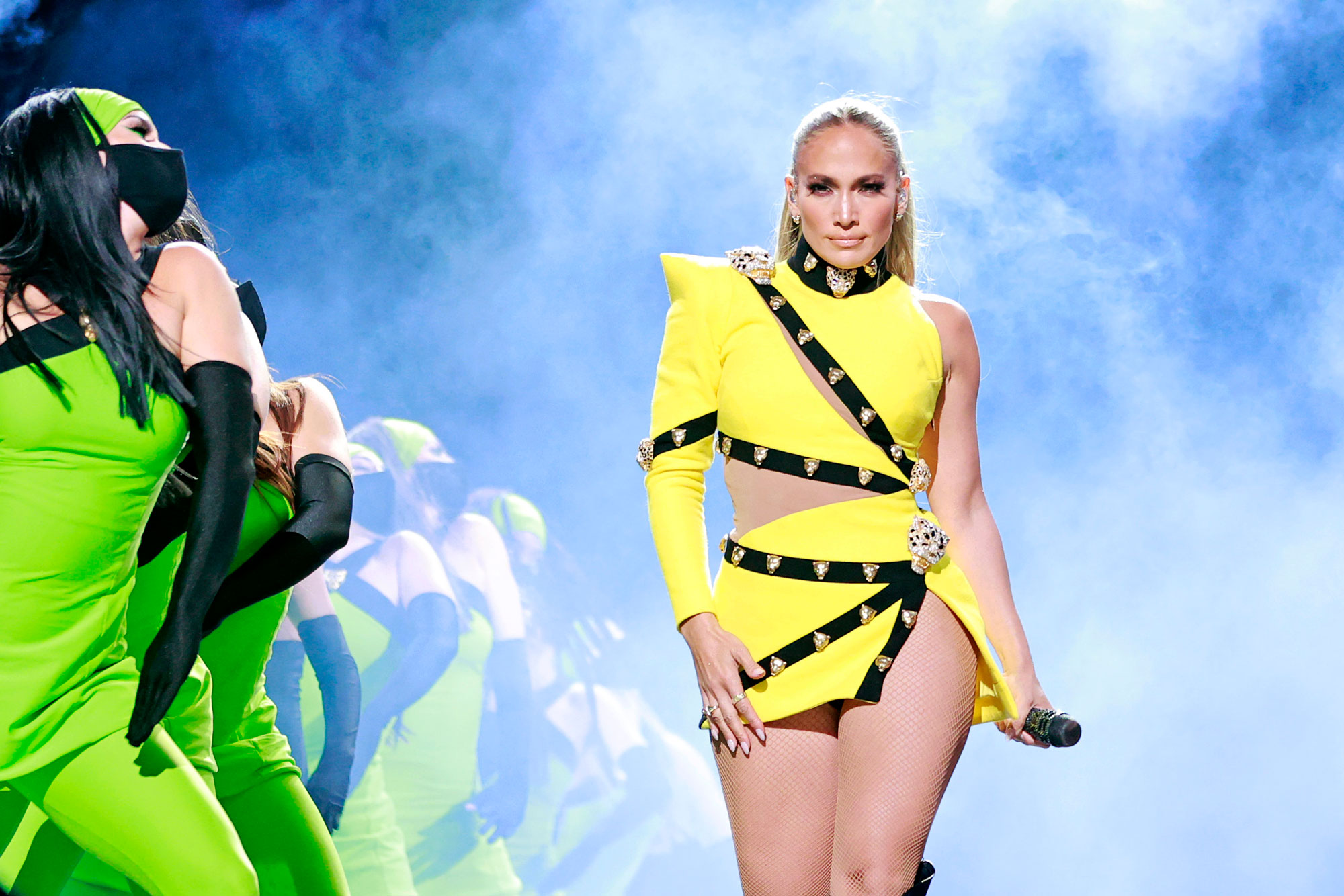 At the show, Lopez, 51, sang “Sweet Caroline” with her mom, Guadalupe, joining her onstage. The pop star told the crowd of the song choice: “When I was thinking about what song to sing tonight, I remembered the song [her mother] used to always sing to me when I was a baby … if you would indulge me, I’d love to sing that one tonight.”

But some fans in the crowd at SoFi Stadium couldn’t help but raise their eyebrows. “That is 100 percent a Boston song,” noted one insider during the set. 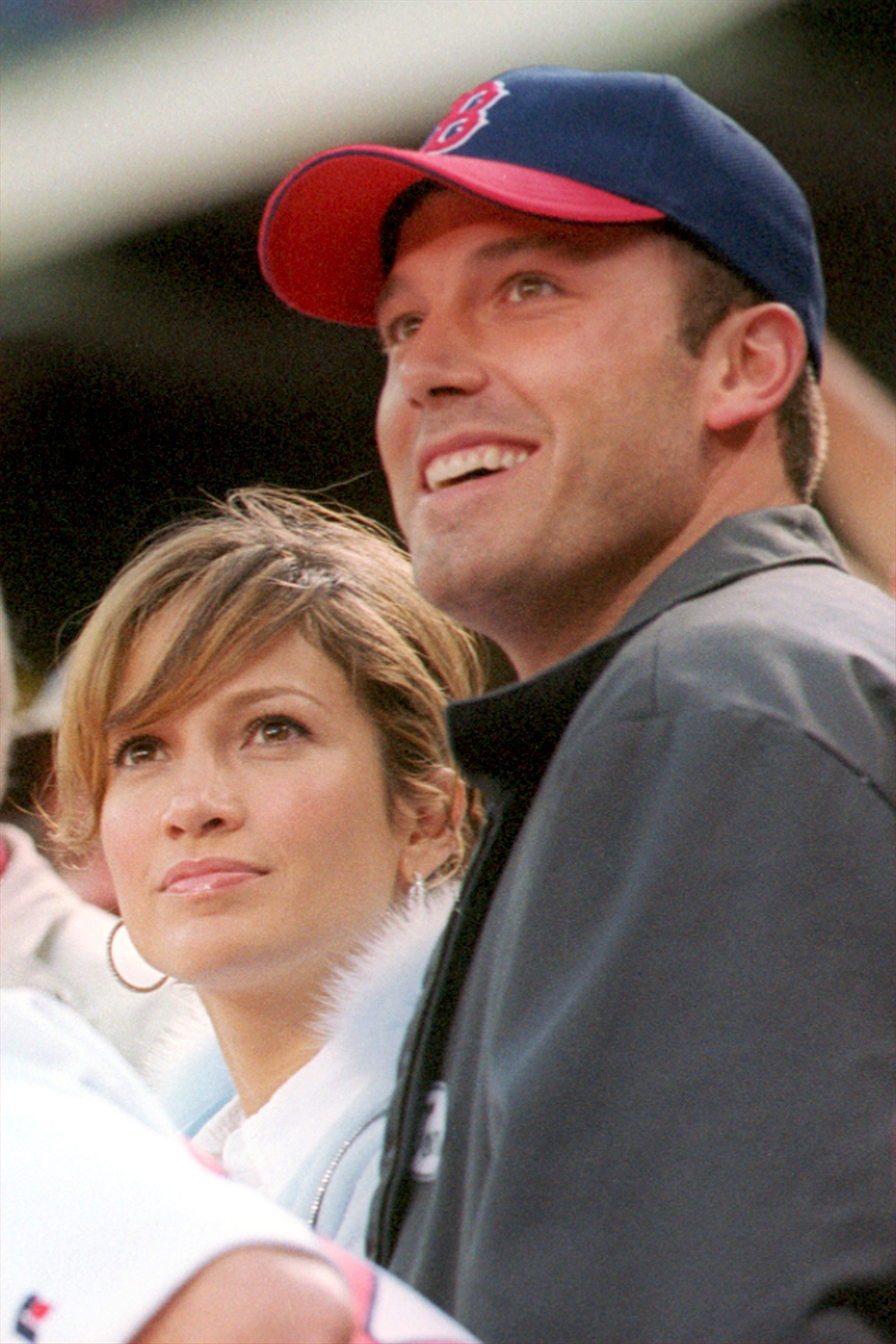 Indeed, “Sweet Caroline” is played at Fenway Park during the eighth inning of every Boston home game. The tradition formally began in 2002 when an exec for the team noticed the crowd’s connection to the song whenever it was played since the late ’90s.

Sources also said that Lopez’s set included the feminist pop anthem “Ain’t Your Mama,” which includes the lyrics, “We used to be crazy in love / Can we go back to how it was / When did you get too comfortable / ‘Cause I’m too good for that/I’m too good for that.”

A source at the show joked, “This is just a revenge set.”

Immediately after Lopez performed, Affleck was introduced to the stage with Kimmel. Affleck wore a sharp black suit and white shirt, while Kimmel was comically dressed as Batman sidekick Robin. 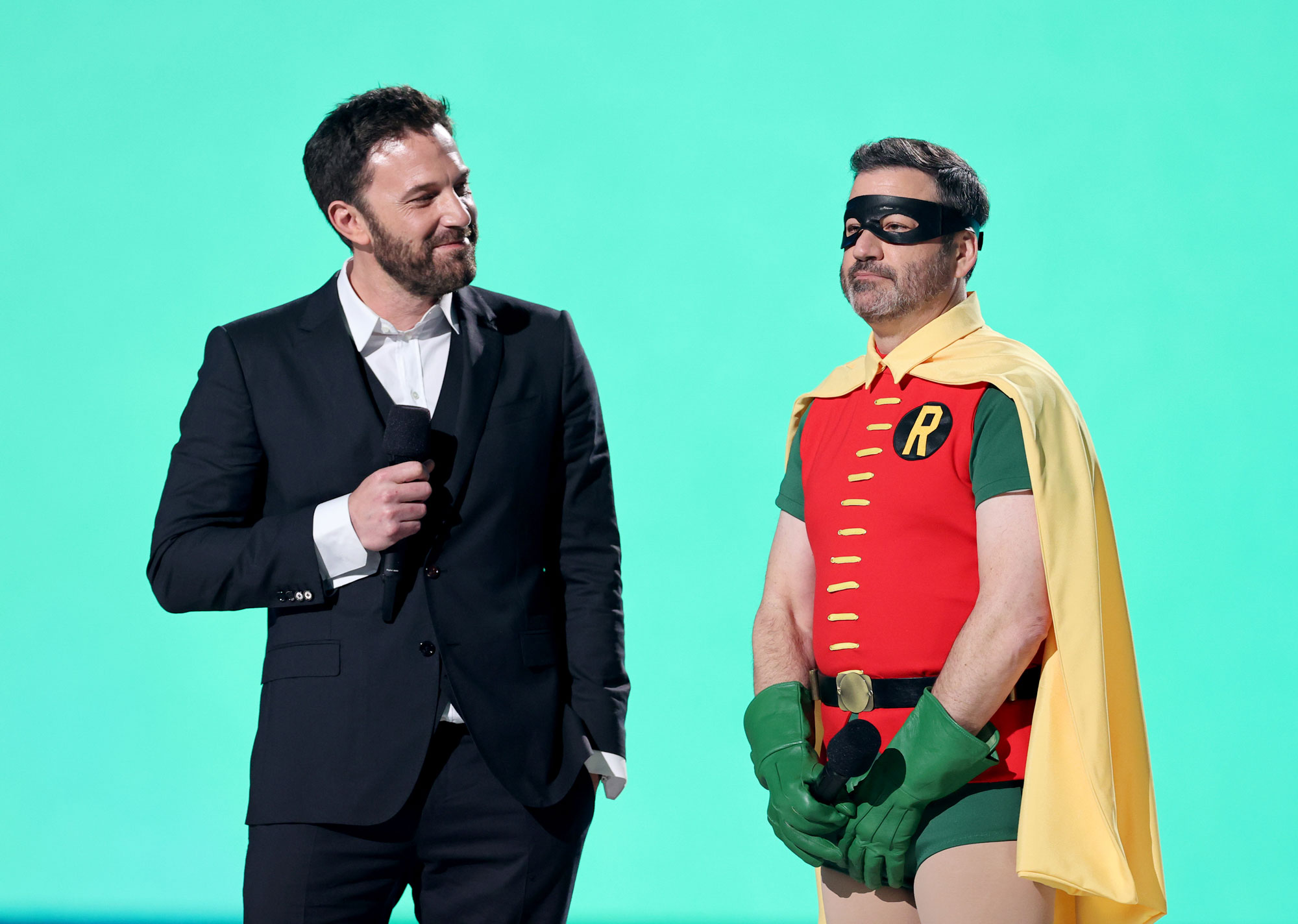 Kimmel asked Affleck why he didn’t wear his Batman costume, and they comedically chalked it up to a misunderstanding because Affleck had told him to “wear a suit.”

Sources told us that Kimmel told Affleck: “You told me we were dressing up … I am wearing my suit and you’re not wearing your suit!” He added, “You’re Batman, duh!”

Page Six exclusively reported in March that J.Lo and A-Rod, 45, were breaking up — though they then said they were “working through some things” before eventually calling it quits. They’d been engaged since 2019.

Affleck and Lopez were engaged in 2002, and famously dubbed “Bennifer” by fans and the media. They postponed their wedding in 2003, and split months later in early 2004.

The “Good Will Hunting” star also recently praised Lopez in an InStyle magazine profile, saying of the pop icon, “Where are you keeping the fountain of youth? Why do you look the same as you did in 2003 and it kind of looks like I’m in my 40s … at best?”

Before the show, Affleck was seen over the weekend on Saturday with his ex-wife Jennifer Garner at one of their three children’s swimming lessons.

Lopez has also seen Rodriguez for dinner while in LA since they split, as well as her close friend Leah Remini.