Saying goodbye to one of the longest-running talk shows on television. After 27 seasons, The Jerry Springer Show is coming to an end, multiple sources tell Us Weekly.

A second source told Us that the show had its series wrap party on June 8, which included cocktails, drag queens and more. There was also a video monitor that read, “I survived The Jerry Springer Show.” The current production crew has been laid off.

Host Jerry Springer first began the show in September 1991 and has since taped nearly 4,000 episodes. The show is a tabloid talk show that is most-known for bringing on families and couples disagreeing; this disagreements often end in violent fights. 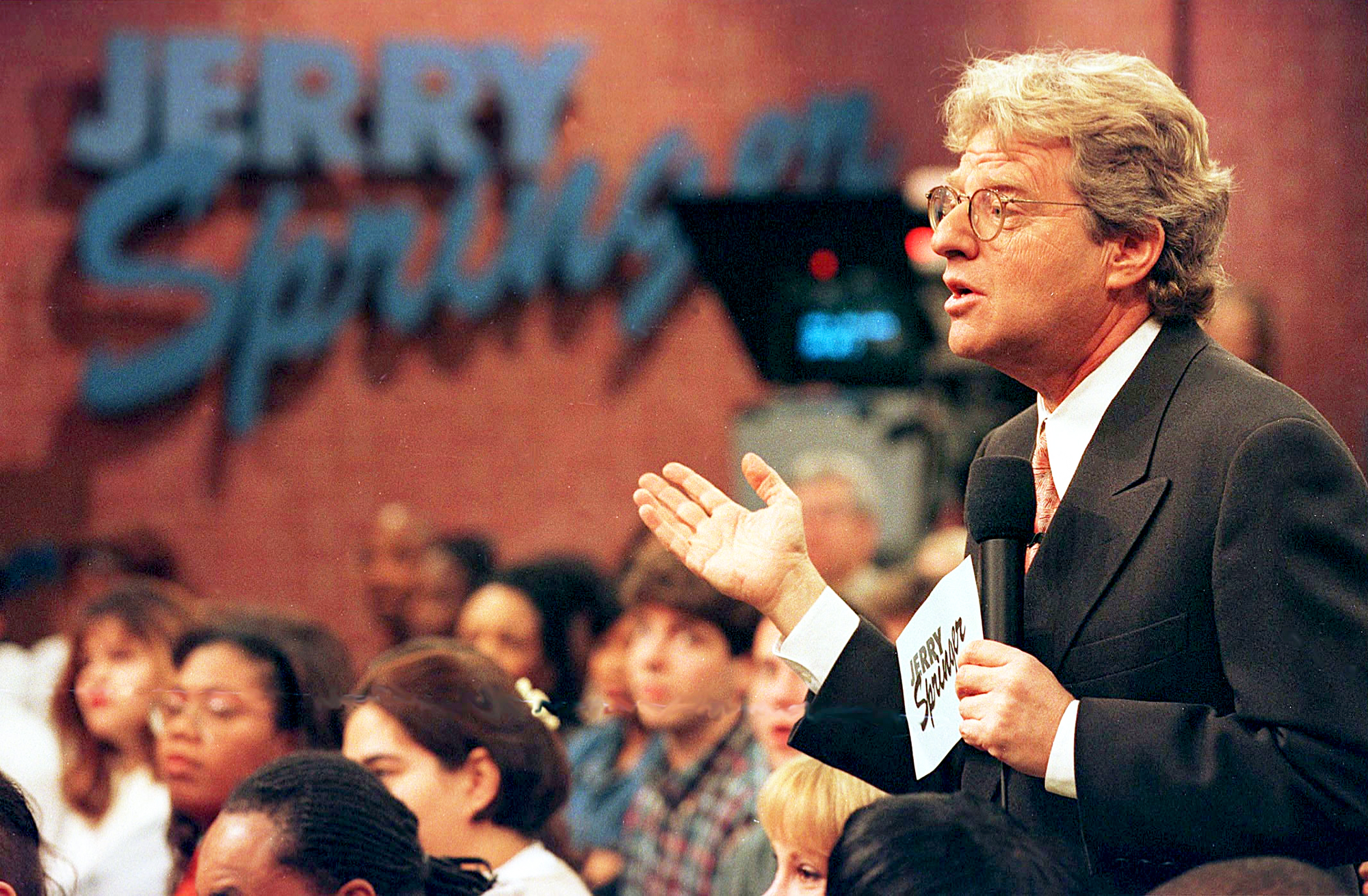 In 2007, the show got a spinoff led by Springer’s director of security, Steve Wilkos.

Springer, 74, addressed the idea of retiring soon in February. “When you reach this age, it’s almost on a year-to-year basis. Take a look at the schedule I have: five shows a week, the podcast, the America’s Got Talent national tour, political speeches and fundraising,” he told The Daily Beast. “And then to be with my wife and grandson … he’s 9 going on 20. It’s the God’s truth best thing in the world. I just want to be around him. He’s my buddy.”

The host has been married to Micki Velton since 1973 and they have one daughter together, 42-year-old Katie.

He also admitted that he agrees with many of the critics who call the show “stupid.”

“To suggest that bad behavior came about because of television is drugstore psychology, and hard to take that seriously. Look, the show’s stupid. Don’t watch it. That’s why God gave us remote controls,” he said. “The show is a one-hour escape. It’s not great literature. If I were in college, would I watch it? Hell, yeah. I wouldn’t watch it now, but I’m a 74-year-old man. It’s not aimed at me. It’s aimed at college kids. That’s basically our audience.”

He continued: “It has no particular purpose other than one hour of escapism. I guess if I really wanted to put together a term paper, I could come up with something and say these are little morality plays. The good guys get cheered. The bad guys get booed, and they lose the girlfriend. On our show, bad guys lose, good guys win, and that is the depth of the show. There is nothing deeper than that. I don’t see anything more in the show than entertainment.”