I haven’t had a holiday for 22 years because I can’t bear leaving my beloved greyhound, reveals Jilly Cooper

Anyone who dedicates their CBE to their dog is obviously barking about their pet.

But Jilly Cooper is so reluctant to be parted from hers she hasn’t taken a holiday abroad in more than 20 years.

The author says she cannot bear to leave behind her rescue greyhound, Bluebell.

The 81-year-old has had the dog since 2010 and has described her as her ‘dearest companion’ since the death of her husband from Parkinson’s disease five years ago.

She told Woman & Home magazine: ‘I haven’t been on holiday for about 22 years – it’s ridiculous but I can’t bear to leave Bluebell.

‘But Gloucestershire is so beautiful in the summer, I don’t want to go away’. 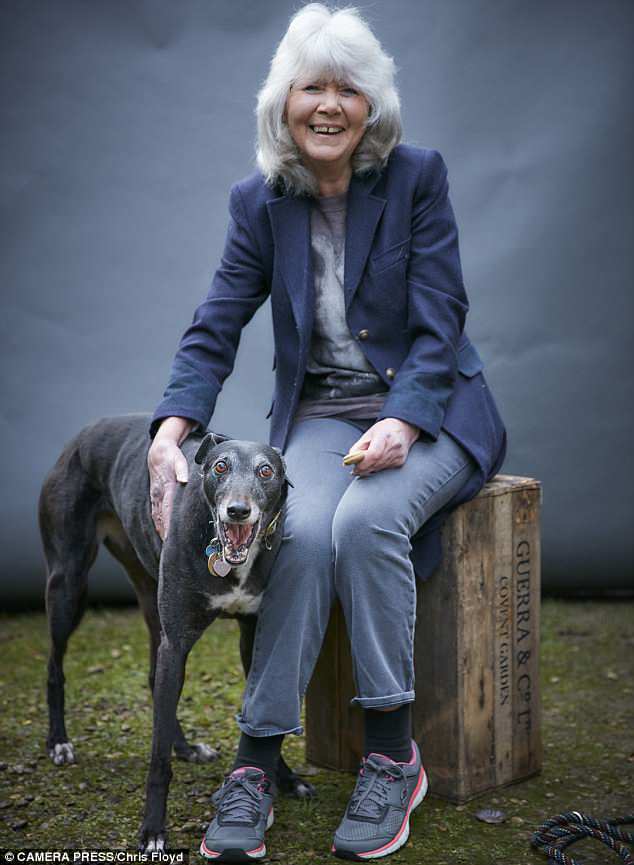 The best-selling author, who has used storylines to highlight the issue of animal abuse, was awarded a CBE last year for her services to literature and animal welfare.

After receiving the gong she decided to dedicate it to her beloved greyhound, saying the honour made her a ‘Commander of Bluebell’s Empire’.

Miss Cooper has spoken frequently of her close relationship with Bluebell. She once said having a dog stops her ‘reaching for the gin’.

She added: ‘Bluebell adores sharing my bed. I’m sure my housekeeper thinks I have a secret lover, because her legs are so long she takes up three quarters of the bed.’

The dog also ‘sulked’ after the author returned from hospital after a hip operation. ‘I was only in for five days and, when I came back, she welcomed me warmly — but then went off into a corner and wouldn’t speak to me for at least three days,’ said Miss Cooper. Bluebell even got a cameo in her novel, Mount!

Miss Cooper said: ‘All the dogs in my books are based on real-life animals. Once, I went out for a walk with Bluebell and realised I’d left her lead behind, so had to take off my bra behind the hedge to lead her — that went straight into Mount!’ 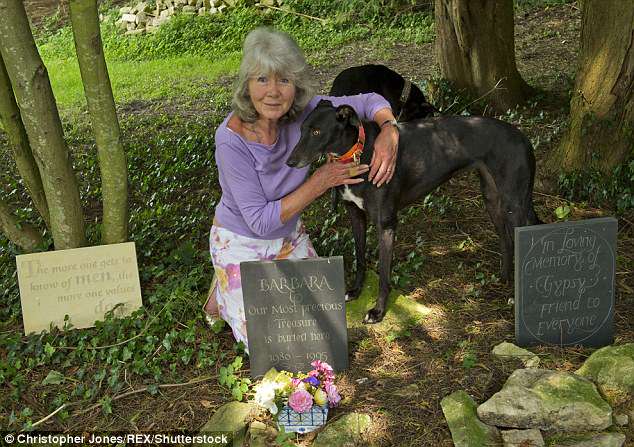