Laser guns, a Lego Bugatti Chiron super car and a scooter also makes it onto the list. 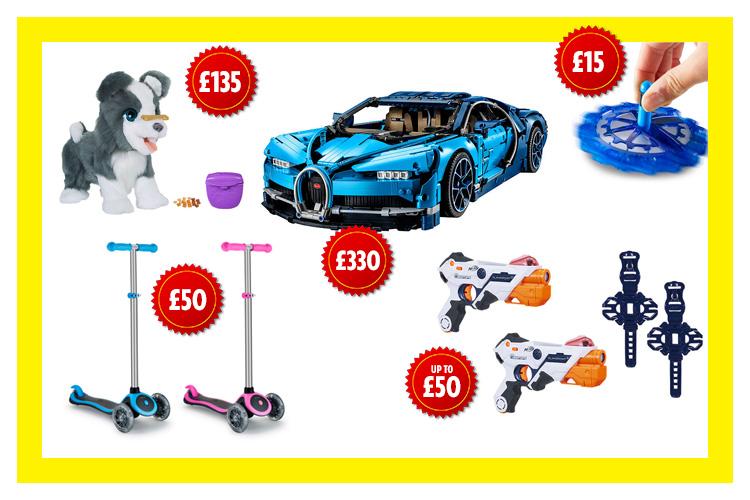 The department store has released its top 10 predictions for playground must-haves, giving parents a heads-up ahead of the festive period.

You might think that it's too early to be thinking about Christmas but one mum bought 40 presents for her kids – nine months early.

And B&M is already stocking advent calendars while Tesco is selling tins of Quality Street.

John Lewis' toy buyer Harry Boughton said that there's a trend in toys this year to get kids' away from tech screens. Here are the retailer's top buy predictions: 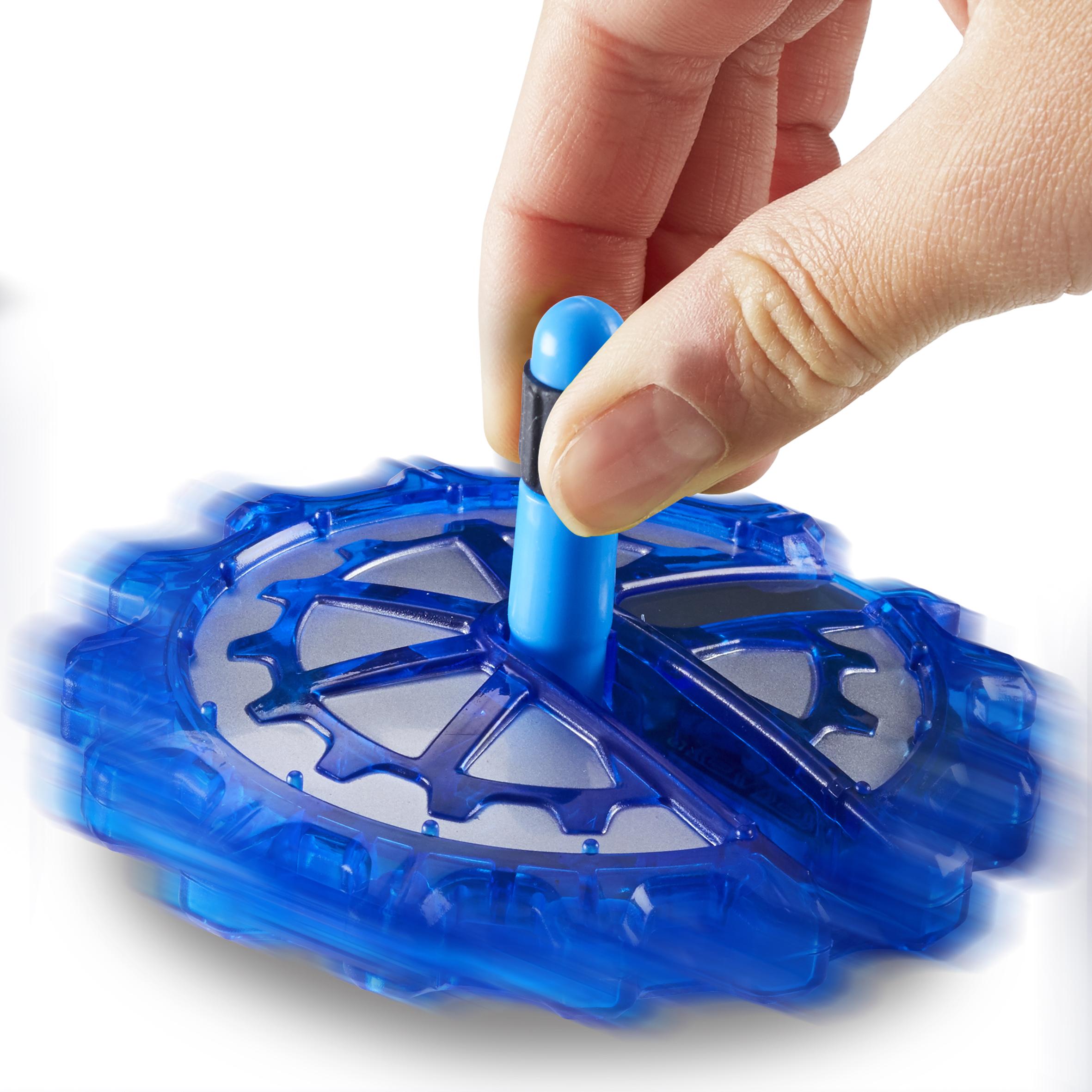 The retailer predicts that the most popular toy on the playground will be the i-Top, which is an electronic spinning top.

You'll need to fork out £14.99 for it compared to your average spinner which costs around a fiver from Amazon.

But these toys come with a display that shows exactly how many times it's spun around, meaning that players can keep track of their scores.

This means that there will be a clear winner when you play against opponents.

The spinning top lights up and also collapses into a thin disc so it's easy to stick in your bag and carry around. 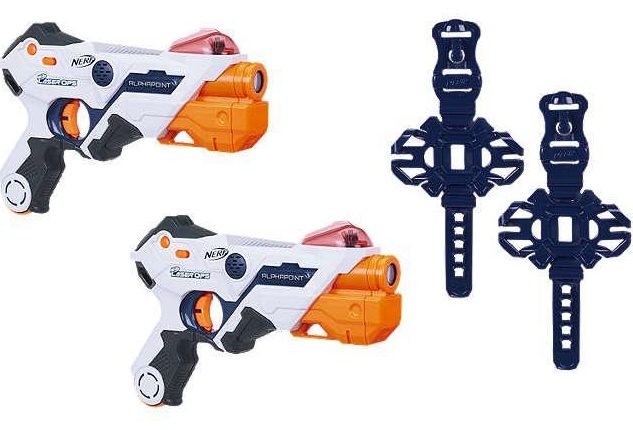 Nerf guns are second on the top toy list but this time round it's a laser version.

They come with a wristband that has a sensor on it to pick up the laser beam from other guns so you know when you've been shot. 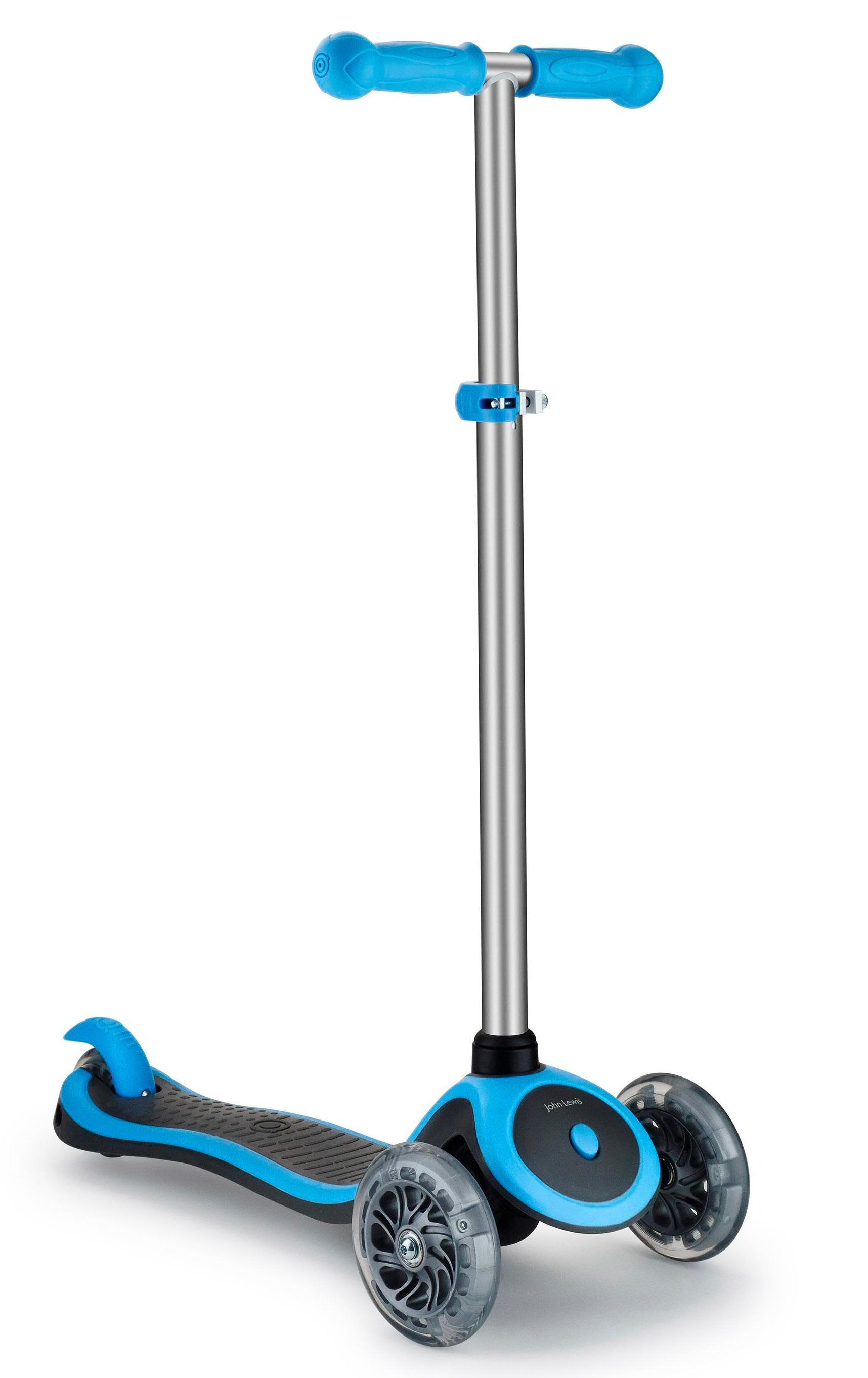 This scooter is new for this year and comes in blue and pink.

The wheels light up when they spin but you can actually get a similar one from Argos for £19.99. 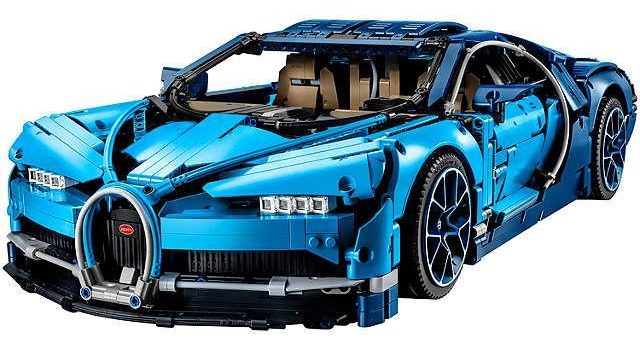 The Lego model is exclusive to John Lewis and is a 1:8 scale of the real deal.

When you've built it you can actually open the doors to look into the cockpit that has a Lego Technic 8-speed gearbox with movable paddle gearshift and a steering wheel with the Bugatti emblem on it. 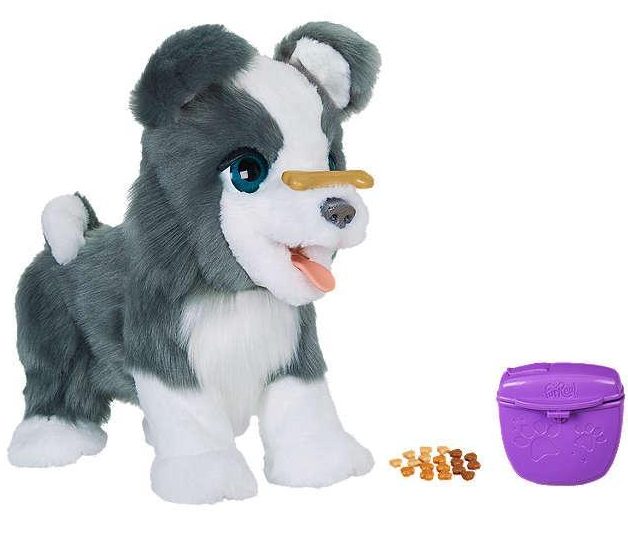 Can't convince your child that you shouldn't get a puppy? Here's the perfect alternative.

You can teach Ricky tricks and he responds with over 100 different movements.

John Lewis – which also owns Waitrose – has launched a mini-supermarket set complete with the supermarket branding.

It's the latest product to join the branded range – there's a shopping trolley too. 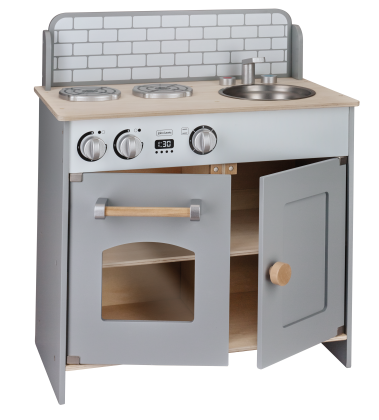 This miniature wooden kitchen set comes with an oven and hob, as well as two pots and pans, utensils and a tea towel.

But it doesn't come assembled so you'll need to put it together yourself. 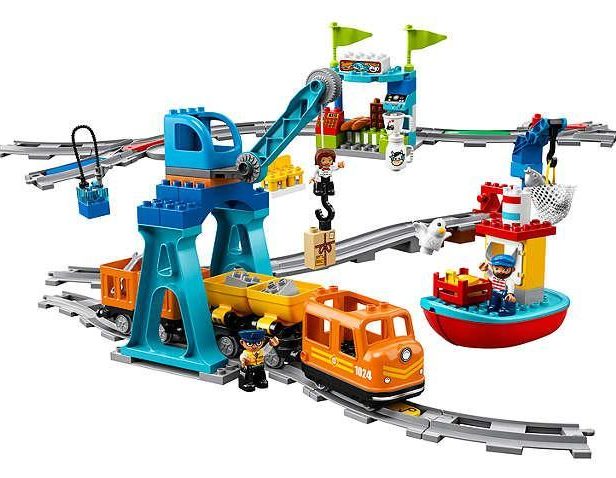 This model comes with a push and go motor which, with a gentle push forwards or backwards, will drive itself around the tracks itself.

It's ideal for children aged four- to five-years-old. 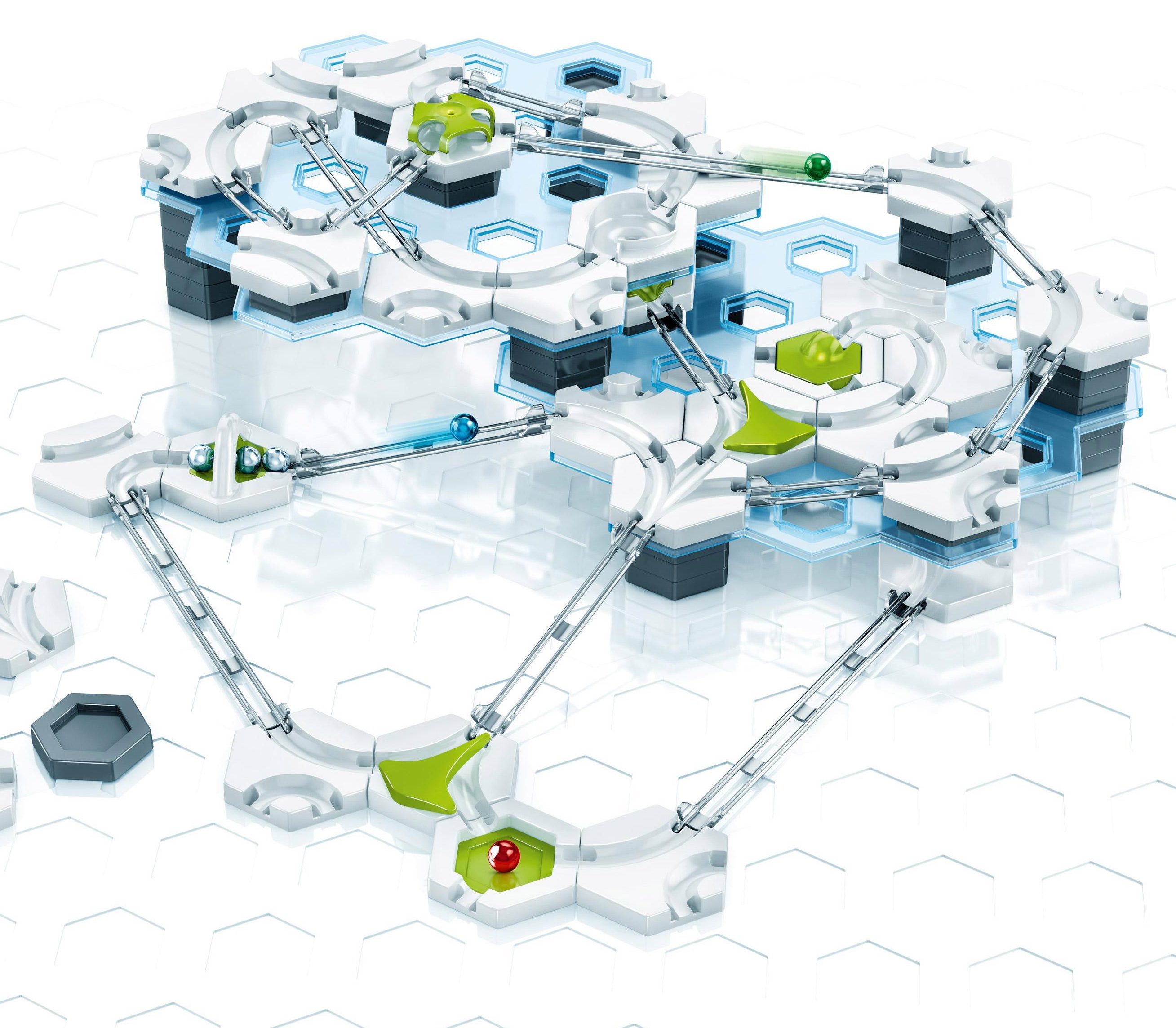 Children use their imagination to build tracks and set the gravity spheres rolling.

This STEM – which stands for science, technology, engineering and maths – toy is aimed at teaching kids all about gravity, magnetism and kinetic energy in a fun way. 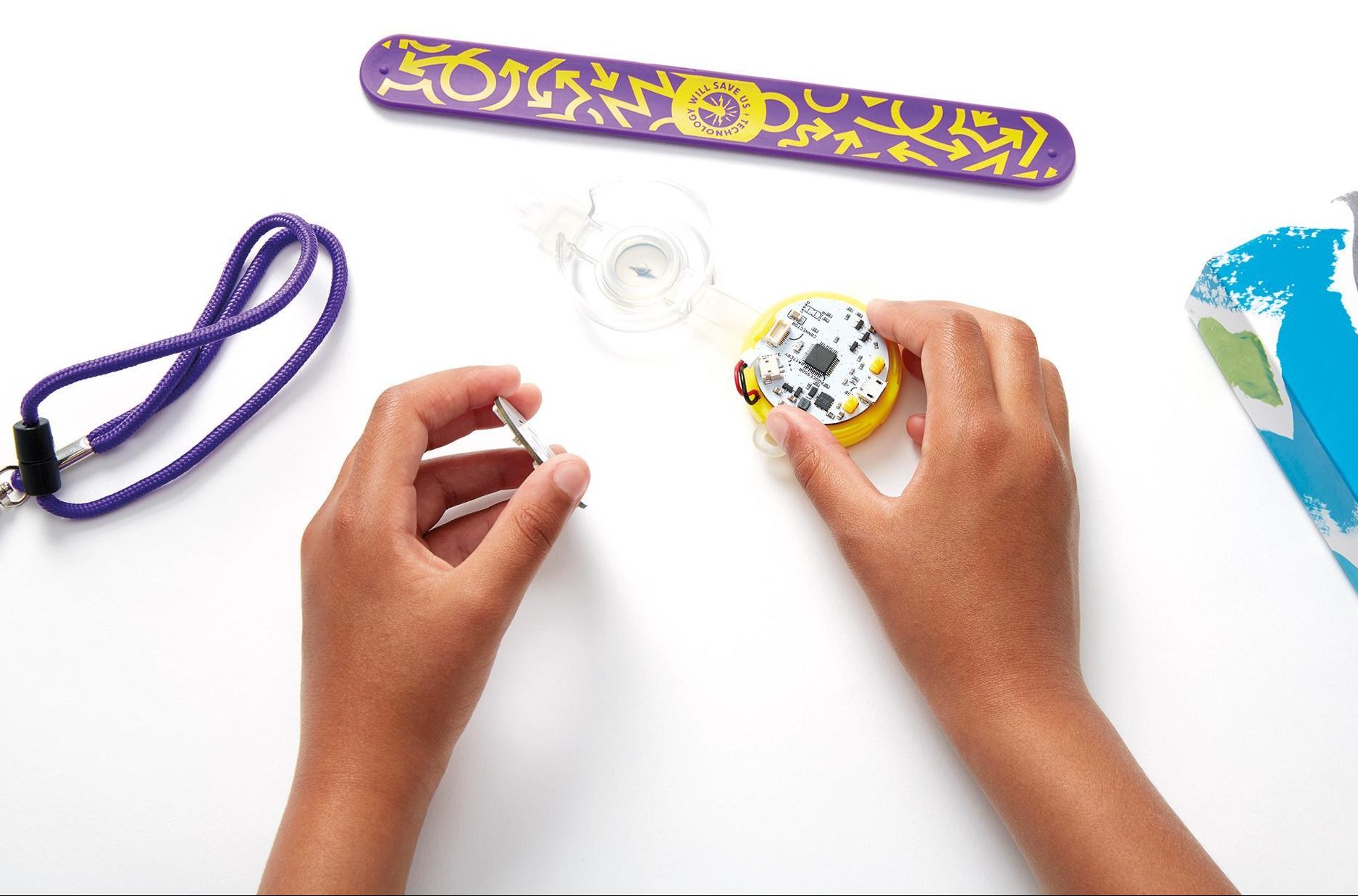 This is the toy for you if you want to introduce your children to coding.

Kids use the visual coding software to program the "mover", which is worn on their wrist, to react to their movement.

You can use it for anything from a toothbrushing timer to helping children problem solve.

Argos revealed its list of must-have toys for this Christmas, which includes a unicorn that poos glitter as well as toys from Paw Patrol, Fingerlings and LEGO.

Last year Argos correctly predicted that Luvabella dolls would be a smash hit.

The life-like dolls were incredibly popular, selling out in stores and then being sold for twice the price online.

Sick of clearing away after the kids? Here are our top tips on how to get your children to clean up and store away their toys.