When Netflix’s My Unorthodox Life dropped its first season in mid-July, it became an instant hit. The series follows Julia Haart’s journey from belonging to an Orthodox Jewish community to being the CEO of massive talent agency/media conglomerate Elite World Group.

But between Julia’s busy schedule and the height of the COVID-19 pandemic, filming the show was pretty difficult. 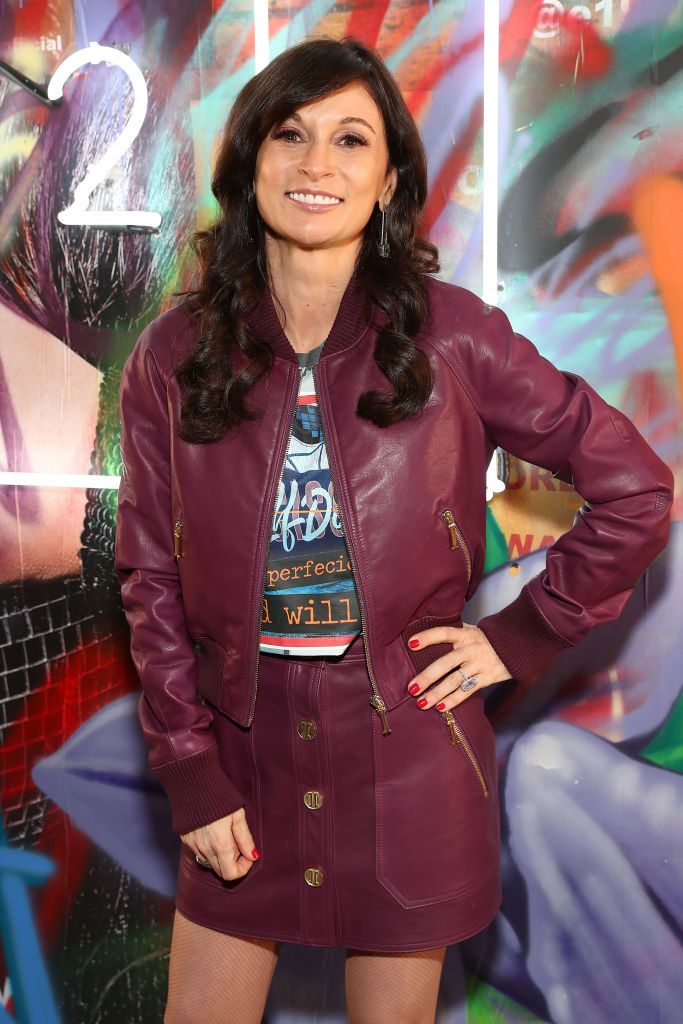 “Knowing that there’s something you want to do because you feel that it’s the right thing and you need to share your story with the world because, hopefully, you can inspire others doesn’t mean it’s easy to do, right?” Julia tells Women’s Health. “So, it’s something I felt I had to do; I felt it was my responsibility to do.”

Julia sat down with WH to explain all the ins and outs of the intense My Unorthodox Life filming process, from the series’ conception to being COVID-19 tested every other day. Hear more from the reality star herself:

When was My Unorthodox Life filmed?

My Unorthodox Life was filmed in early 2020, based on some clues from one of the episodes. The Bebe Rexha performance at Julia’s fashion show for her new line, e1972, happened in February 2020, per InStyle. (Due to the pandemic, Elite World Group pressed pause on e1972, but Julia says they plan to relaunch the brand next year.) The rest of the series was filmed right around the same time.

Where was the show filmed?

The show mostly takes place in New York City. Julia and husband Silvio Scaglia Haart’s penthouse apartment is in Tribeca, while her office at the Elite World Group headquarters is located at 55 Hudson Yards. In one episode, Julia’s family also ventures out to Monsey, New York, where they used to live. In another, they spend some time in the couple’s house in the Hamptons.

There’s also a quick trip to France, during which the family visits the Château de Farcheville castle in Essonne:

(Yes, it’s really as gorgeous as it is on the show!)

How did the cast and crew film during the pandemic?

Julia explains to Women’s Health that filming My Unorthodox Life required tons of COVID-19 precautions. “Netflix could not have been more careful. We got tested literally every other day,” she says. All that pre-planning definitely paid off.

“We wore masks unless we were filming,” she recalls. “It was an extremely intense health regimen. And luckily for us, if I’m not mistaken, no one got sick in our productions. Netflix did a great job of really keeping everything safe and having so many safety protocols and procedures.”

On top of all that, Julia had to be extra careful: “I had COVID last year in April,” she reveals. “I was one of the first people to get it, and I’m one of those long haulers. I’m still on an inhaler. I never had to use an inhaler in my life. So yeah, COVID is no joke. I was bedridden for like four months. It was not fun. It was a scary experience but you know, thank God we’re standing and alive and to be grateful for that.”

How was the series created?

Like many parts of Julia’s life, if she wanted something done right, she just had to do it herself. “Netflix and Jeff Jenkins [of Jeff Jenkins Productions] did not approach me, I approached Jeff,” she says. Together, they pitched Julia’s idea for a new reality TV show to the streaming giant. “It was, I think, the most collaborative experience of my life getting to work with them,” Julia recalls of the production process. (She is also an executive producer on My Unorthodox Life.)

Beyond the collaboration, one of Julia’s favorite parts of the filming process was getting to work with an entire team of women at Netflix. “Had I known how incredibly wonderful it would have been working with them, I would’ve done it long, long ago, honestly,” she says.

How did Julia’s family feel about being on the show?

Her family was just as excited to work on the show as she was. “My kids were all gung ho because they’re younger,” she says. “To my kids, it was an exciting project that would enable them to share who they are and their experience and hopefully help others, and they just were super excited to do it.”

However, her ex-husband, Yosef, wasn’t sure he wanted to be included at first.”In the beginning, he wanted to make sure that we showed all sorts of different kinds of Jews [on the show],” she says. “And once he saw that that was the whole purpose of this—it’s about unity and community and accepting each other even if you don’t agree with each other— and he thought it was a beautiful message. [After] that, he totally came on board.”

The rest is Netflix history!

What is Julia Haart doing next?

Since the first season of My Unorthodox Life dropped, Julia has continued working on her memoir, Brazen, set to come out in March 2022. “It is very important to say that the show is about my present. It’s my present informed by my past,” she explains. “But my book is my past. That’s the explanation everybody’s looking for.”

So if Julia’s story has you hooked, you’ll have to wait another year for the full breakdown.