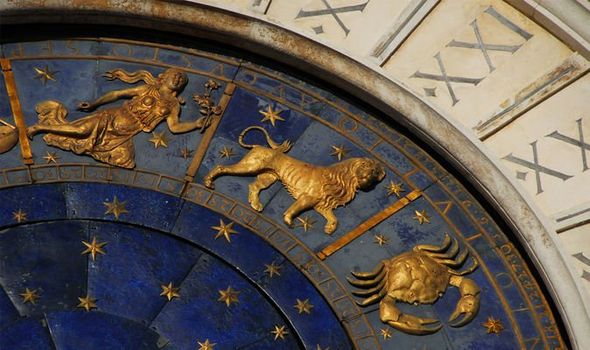 Big changes will occur on the home front at the beginning of July. The Solar Eclipse on the 2nd suggests you will move to accommodate someone’s career. Alternatively, you might relocate after a government agency takes over a piece of property. The upheaval will be significant, but it will ultimately benefit you. Starting fresh will give you a chance to release some old grudges that have been weighing on your heart. On the 16th, a Lunar Eclipse will bring an end to a tense situation with someone at work. Don’t panic if you’re forced to find another job. It will be much better working for someone who isn’t on a power trip. Look for an opportunity that will allow you to exercise your own excellent leadership ability. You’re very good at boosting morale, meeting high standards and delivering on promises. As a result, you’ll quickly climb the ladder to success.

Harsh criticism on the 2nd will undermine your confidence. The Solar Eclipse in early July beckons you to acquire more skills and knowledge. Taking a course in a subject that has always fascinated you will give you the spiritual lift you need. It doesn’t matter if you’re learning to cook, sew, build furniture, make spreadsheets or perform office accounting. You will rise to the challenge with a demanding teacher. Contrary to what a critic says, you’re extremely intelligent and capable. Don’t let the haters get you down. A Lunar Eclipse on the 16th brings the end to a legal matter. Once this decision has been rendered, you’ll be able to lead a more stable, organised life. It will be such a relief to not be constantly on call. If you’ve been longing to take an overseas trip, schedule one. This journey will have a profound impact on your belief system.

July horoscope: Horoscopes by Russell Grant – what does your astrology forecast reveal?

The Solar Eclipse on the 2nd brings a new source of income, but there will be challenges involved. A demanding partner will force you to play by a strict set of rules. You’ll resent being accountable to this taskmaster, but it can’t be helped. If you want to improve your financial situation, you should accept this job with all its frustrations. By sticking to your principles, you’ll establish yourself as a highly capable person who knows how to turn a profit. On the 16th, the Lunar Eclipse brings an end to an intimate relationship. Someone who has been struggling with an addiction needs to undergo rehabilitation. Don’t let their obsessions drag you down. Although you don’t want to leave your loved one in their hour of need, it may be the only way they see what needs to be done. Even then, they still may be too stubborn to choose health over substance abuse.

The Solar Eclipse on the 2nd helps you undergo a radical transformation. You could start your own business, have an image update or take on a new professional role. This shift will possibly put stress on a close relationship. The people you live or work with want to maintain the status quo, but this simply isn’t possible. You are being called to fulfil your life’s purpose. Embrace every opportunity to improve your circumstances, even if it creates tension in your personal life. It’s possible you will relocate on the 16th. That’s when a Lunar Eclipse brings closure to a domestic situation. Moving to a different neighbourhood, selling a piece of property or buying a home are among the possibilities. You might decide to move to somewhere smaller. Be ready to find living circumstances that support your new reality. This might mean leaving the country for the city or downsizing your living space. Do what’s best for you.

On the 2nd, a Solar Eclipse will prompt you to adopt a low profile. Demands at work will compromise your health unless you take it easy. Instead of enjoying late nights and loud parties, go home early and fix nutritious meals. Get into bed and let your body replenish. This will allow you to wake up and face the day’s challenges with a positive attitude. A staffing shortage may require you to accept more shifts or longer hours. Don’t panic; the situation is temporary. The Lunar Eclipse on the 16th could find you reaping rewards for a job well done. You will receive a promotion or offer of employment that transforms your life. Instead of being forced to take whatever assignments you can get, you’ll have your choice of opportunities. Your health could improve dramatically at the end of the month, possibly because of a surgical procedure or strict regimen. 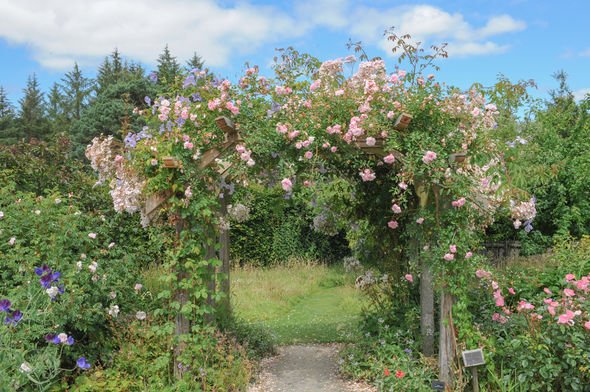 The Solar Eclipse on the 2nd will draw influential people into your social circle. A romantic partner or someone close won’t approve of your new friends. They’ll be threatened by their influence in your life. Don’t let your loved one’s misgivings interfere with these new alliances. You have an opportunity to improve your standing. By joining forces with a powerful group, you’ll be able to fulfil your creative potential. On the 16th, a Lunar Eclipse will bring an end to an artistic venture. A respected critic will champion your work, helping you earn fame and acclaim. It’s difficult for a naturally modest person like you to be heaped with praise. You’ll be suspicious of all the favourable remarks about your work. Put your suspicions aside and let this praise sink into your bones. You have worked hard and have earned these accolades. This is your reward for taking your natural talent to a whole new level.

An interesting career opportunity could come your way on the 2nd, courtesy of a Solar Eclipse. Although you welcome the chance to get ahead, you are worried this job will take you far from home. It may be necessary to relocate to another part of the country. Living a long distance from family may be a blessing in disguise. Too often, you try to impress your loved ones instead of pursuing your own desires. Getting some physical distance from them will lead to emotional growth. Embrace this opportunity to change. Your dependence on a habit will come to an end on the 16th. That’s when the Lunar Eclipse will give you the courage to break away from a person or activity that fed your insecurities. Instead of turning to them for solace, you’ll learn how to cope with problems in a healthy way. You’re much stronger than you think. Break off a troubled alliance.

The opportunity to expand your horizons will arrive on the 2nd, thanks to a Solar Eclipse. Going on an overseas trip, taking a course of study or launching a new and exciting personal project are all possibilities. You will feel like a fish out of water throughout this journey. Being uncomfortable will help you grow and change. You’re about to see just how privileged you really are. Working alongside people who are in a more vulnerable position will make you more compassionate, sympathetic and caring. Being receptive to the unfamiliar will work to your advantage at the beginning of the month. The Lunar Eclipse on the 16th changes your outlook. Recently, you’ve been cynical about power and authority. When a respected and responsible figure person comes to your rescue, your ideas will change. Instead of being suspicious of people in charge, you’ll look past their job titles and evaluate them on their individual merits. If someone has a track record of being capable, they are trustworthy. 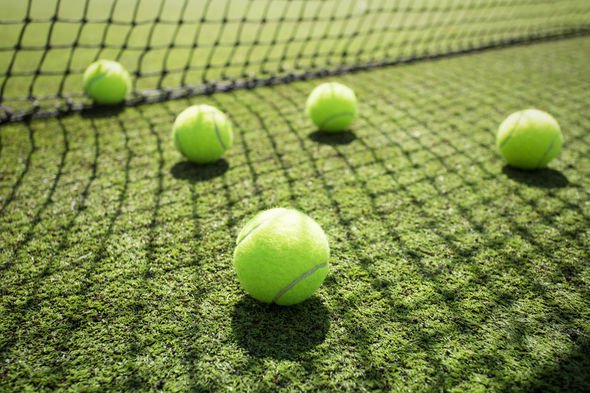 A Solar Eclipse on the 2nd invites you to be more generous with an intimate partner. You’ve always prized your freedom, but if you’re going to enjoy the benefits of a close relationship, you have to open your heart and share your resources. Someone trustworthy and reliable does deserve your financial support. If you’re living together or married, pool your resources. Don’t make them live on a tight budget when they could benefit from your income. A Lunar Eclipse on the 16th will put an end to an ethical dilemma. Justice will be served to a bullying, oppressive personality who has been abusing their power. This decision will cause you to breathe a sigh of relief. This tyrant has forced you to walk on eggshells. Once they leave the scene, your productivity will soar. You’ll also become much more creative. It’s easy to brainstorm when you’re not afraid of reprisals.

A relationship will reach a turning point on the 2nd, thanks to a powerful Solar Eclipse. Resist the temptation to maintain the status quo. Give away some of personal power to your best friend, romantic partner or business associate. Trying to control your other half is making you both miserable. Celebrate their accomplishments, encourage their independence and follow their lead. You will be pleasantly surprised. On the 16th, the Lunar Eclipse brings a close to a prominent role. Leaving this position will give you more time to do the things you love. Don’t feel compelled to fill your days with work and chores. Instead, venture outdoors. Begin a creative project. Indulge your sensual side. You’ve always been the useful, productive one in your group. Keeping your nose to the grindstone made you feel worthy. Summon your courage and turn away from the work pile. You’ve earned the right to rest, relax and reflect on the future.

A new job is coming your way on the 2nd, but it will throw you off balance. Normally, you’re confident about your professional abilities. This position will make you realise you lack essential skills. Instead of panicking, strengthen your resolve. The Solar Eclipse at the beginning of July will help you acquire some undoubted abilities. Don’t be afraid to ask your boss for additional training or taking a course after hours. Be open to growing, changing and improving. Pride is your worst enemy at the start of the month. By the 16th, a Lunar Eclipse will help you conquer a persistent fear. Your fundamental distrust of the establishment has stopped you from realising your full potential. Instead of avoiding a government official, manager or politician, ask for their help. They’ll help you gain access to fundamental resources. We’re here to help one another. Don’t insist being a lone wolf when you can be supported by the pack.

Friends won’t approve of a creative project or romantic relationship on the 2nd. That’s when a Solar Eclipse forces you to choose between being happy and being popular. Stop trying to impress people who want to control your life. As soon as you start listening to your instincts, you’ll become much more confident about your choices. When others criticise your choices, you’ll simply shrug, laugh and continue on your path. This will be incredibly empowering. The Lunar Eclipse on the 16th brings an end to an abusive association. Although a friendship began as a positive influence, it has devolved into a power struggle. Stop letting an intimidating person put you down. Their hostility has its roots in jealousy. You shouldn’t feel defensive about your breakthroughs and good fortune. All the abundance that has come to you is the result of hard work and a positive attitude. Stay positive and keep moving towards the light.