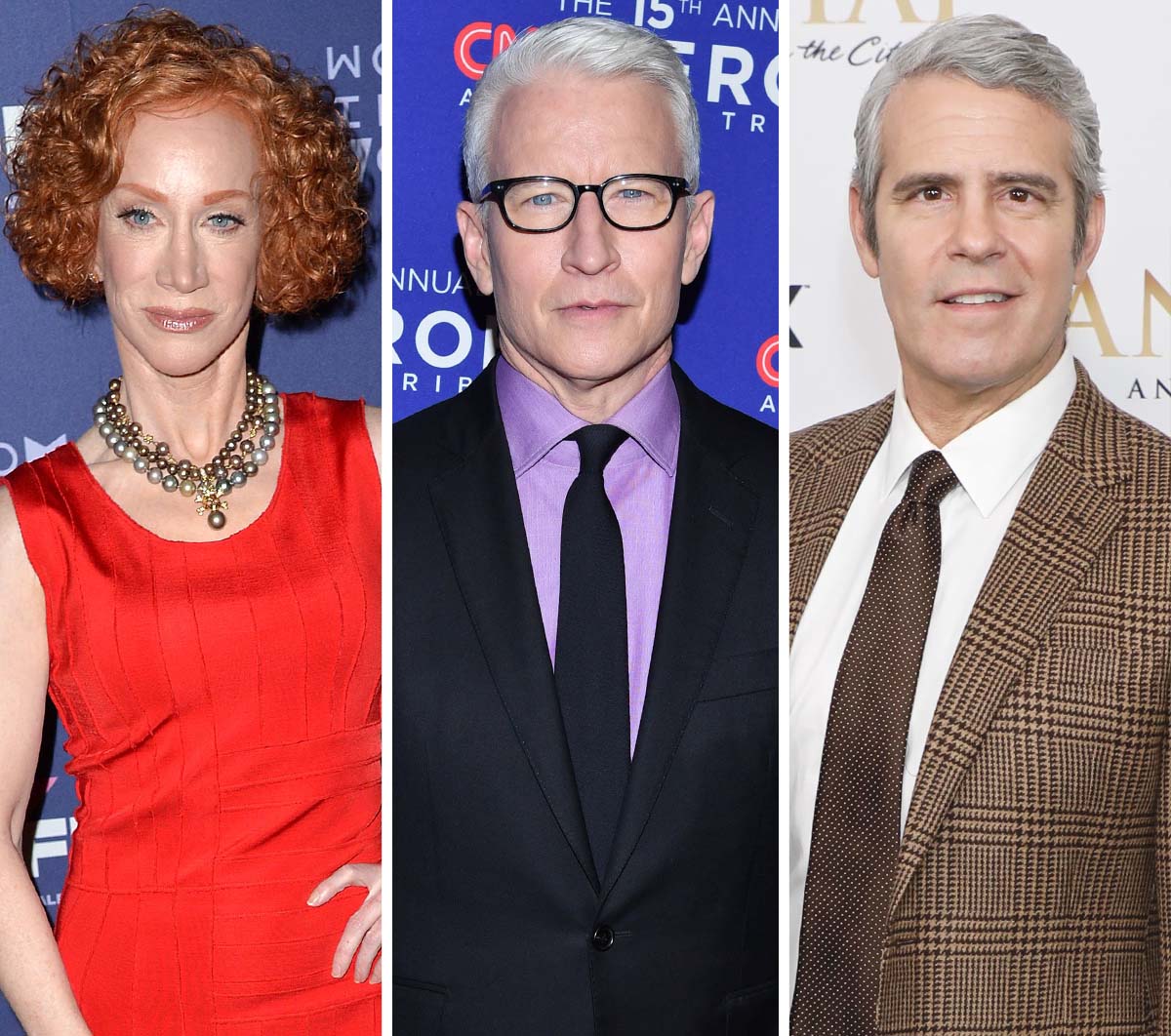 Changing the channel? After being fired from her New Year’s Eve hosting gig, Kathy Griffin revealed that she still “hate-watched” Anderson Cooper and her replacement, Andy Cohen, on the CNN special.

Stars Who Were Fired From Jobs

“This is a guy that I think kind of wanted to be me. And now he’s halfway there,” Griffin, 61, said in a New York Times profile on Wednesday, January 19, about tuning in to see Cohen, 53.

Cohen has been hosting with Cooper since Griffin’s departure in 2017. This year’s live broadcast from New York made waves more than usual when the Real Housewives producer made headlines for his comments about Bill de Blasio.

“Watching Mayor de Blasio do his victory-lap dance after four years of the crappiest term as the mayor of New York — the only thing that Democrats and Republicans can agree on is what a horrible mayor he has been,” he yelled after taking several shots with Cooper, 54, on the December 2021 special. “So, sayonara, sucka! 2022! It’s a new year because guess what? I have a feeling I’m gonna be standing right here next year, and you know who I’m not going to be looking at dancing as the city comes apart? You!”

They Went There! The Biggest Celeb Feuds of All Time

Griffin raised eyebrows at the time when she did a photo shoot where she held a graphic severed head that was meant to resemble then-president Donald Trump. After the pics went viral, the Illinois native was fired from CNN and Cooper publicly slammed her. He tweeted that he was “appalled by the photo shoot,” referring to it as “clearly disgusting and completely inappropriate.”

Looking back at the situation, the Emmy Award winner pointed out on Wednesday that she “wasn’t canceled,” adding, “I was erased.”

Cohen, however, has not yet commented on his decision to discuss Mayor de Blasio while cameras were rolling. Earlier this month, the Andy Cohen Diaries author did apologize after he called Ryan Seacrest — who was hosting the NYE coverage for ABC — a “loser.”

Andy Cohen, Ryan Seacrest’s Friendship Over the Years: Everything to Know

“The only thing is that I slammed the ABC broadcast and I really like Ryan Seacrest and he’s a great guy. I really regret saying that, and I was just stupid and drunk and feeling it,” the Bravo personality said on his radio show.

After speculation emerged about Cohen being fired from his New Year’s Eve hosting job, the network released a statement, saying, “Andy said something he shouldn’t have on live TV. We’ve addressed it with him and look forward to having him back again next year.”