“He spoke about acts that he had seen in pornographic films,” Anita Hill testified more than two decades ago when the Senate Judiciary Committee was holding hearings on the nomination of Clarence Thomas.

“I would like to start by saying unequivocally, uncategorically, that I deny each and every single allegation against me,” Thomas said. 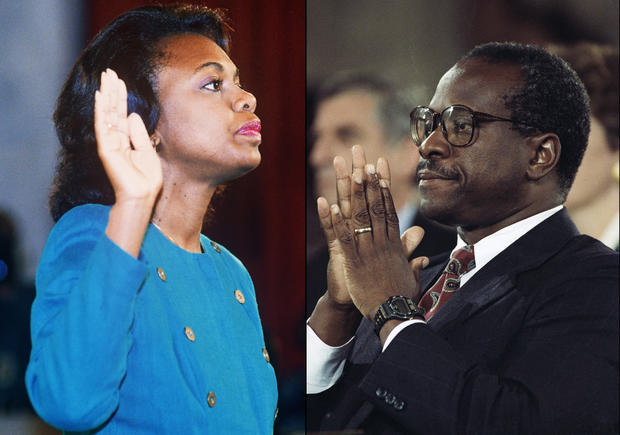 Now 27 years after the hearings with Thomas and Hill, there are new allegations against another Republican nominee. But there are key differences.

In 1991, Democrats controlled the Senate when Hill alleged Thomas verbally sexually harassed her when they worked together at a federal agency. Hill had a witness who testified that she told her of the sexual harassment at the time. So far, there are no contemporaneous witnesses to bolster the allegations made by Christine Blasey Ford against Kavanaugh.

Writing in the New York Times Tuesday, Hill said “there are ways to do better” than in 1991. “The weight of the government should not be used to destroy the lives of witnesses who are called to testify,” she said.

Both Hill and Thomas believe the hearings were more focused on politics than the truth. In 2007, Thomas said he was “naive” when President George H.W. Bush nominated him, and said fighting the allegations meant more than a seat on the Supreme Court.