Khloe Kardashian is not buying what Jordyn Woods is selling.

Last week, it was revealed that the Keeping Up With the Kardashians star broke up with Tristan Thompson, father of their 10-month-old daughter True Thompson, over allegations that he cheated on her again, this time with her sister Kylie Jenner‘s bestie. Tristan denied the accusations, and Jordyn told her side of the story on family friend Jada Pinkett Smith‘s Facebook Watch series Red Table Talk on Friday. Jordyn said she did not sleep with Tristan but admitted that he kissed her on the lips at a party at his house. She also denied reports that she gave him a lap dance, and admitted she was drunk during the entire encounter with him.

Jordyn said she apologized to Khloe after the encounter, saying, “I did as much apologizing as I could do, over the phone, over texts. And until I get the opportunity to talk face-to-face ’cause she can really feel, you know, what I’m saying. but I, I reached out and the opportunity’s there. I offered as much as I could. A lie detector test, anything. Whatever makes you feel better is what I want.”

“Why are you lying @jordynwoods ??” Khloe tweeted after the interview was posted online. “If you’re going to try and save yourself by going public, INSTEAD OF CALLING ME PRIVATELY TO APOLOGIZE FIRST, at least be HONEST about your story. BTW, You ARE the reason my family broke up!” 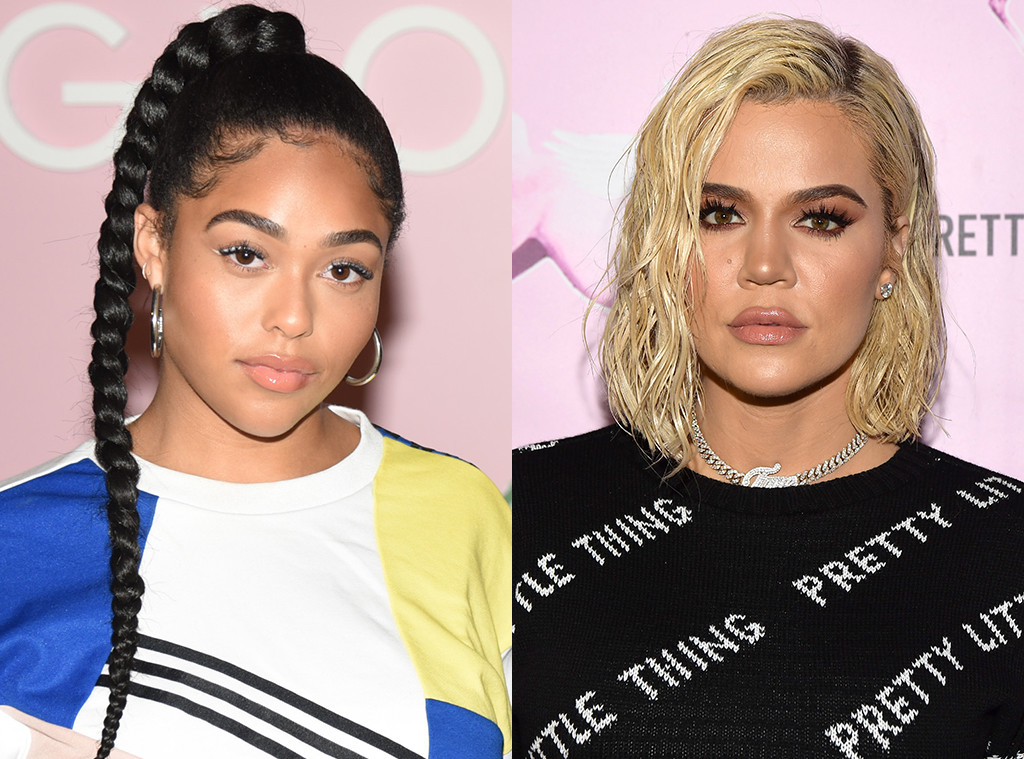 During the interview, Jordyn had said she does not think Tristan was “wrong” because “I allowed myself to be in that position and when alcohol is involved, people make dumb moves or people get caught up in the moment.”

“Tristan is equally to blame but Tristan is the father of my child,” Khloe tweeted. “Regardless of what he does to me I won’t do that to my daughter. He has been addressing this situation PRIVATELY. If Tristan were to lie publicly about what conspired, then yes I would address him publicly as well.”

The Kardashian-Jenner family has cut Jordyn off since the allegations were reported. She continues to hope for forgiveness.