The Kardashian clan’s newest addition! Khloé Kardashian and ex Tristan Thompson have welcomed their second child together via surrogate, a source confirms to Us Weekly.

“Both baby and mother are very happy and healthy,” the source tells Us. “Khloé is so thrilled to expand her family.”

Us reported in July that the Good American founder, 38, and NBA athlete, 31, were expecting baby No. 2, a baby boy. “We can confirm True will have a sibling who was conceived in November,” a rep for the Hulu personality said in a statement at the time. “Khloé is incredibly grateful to the extraordinary surrogate for such a beautiful blessing. We’d like to ask for kindness and privacy so that Khloe can focus on her family.”

A source later revealed exclusively to Us that despite the pair’s big news, “Khloé and Tristan are not back together” and “have not spoken since December outside of coparenting matters.” 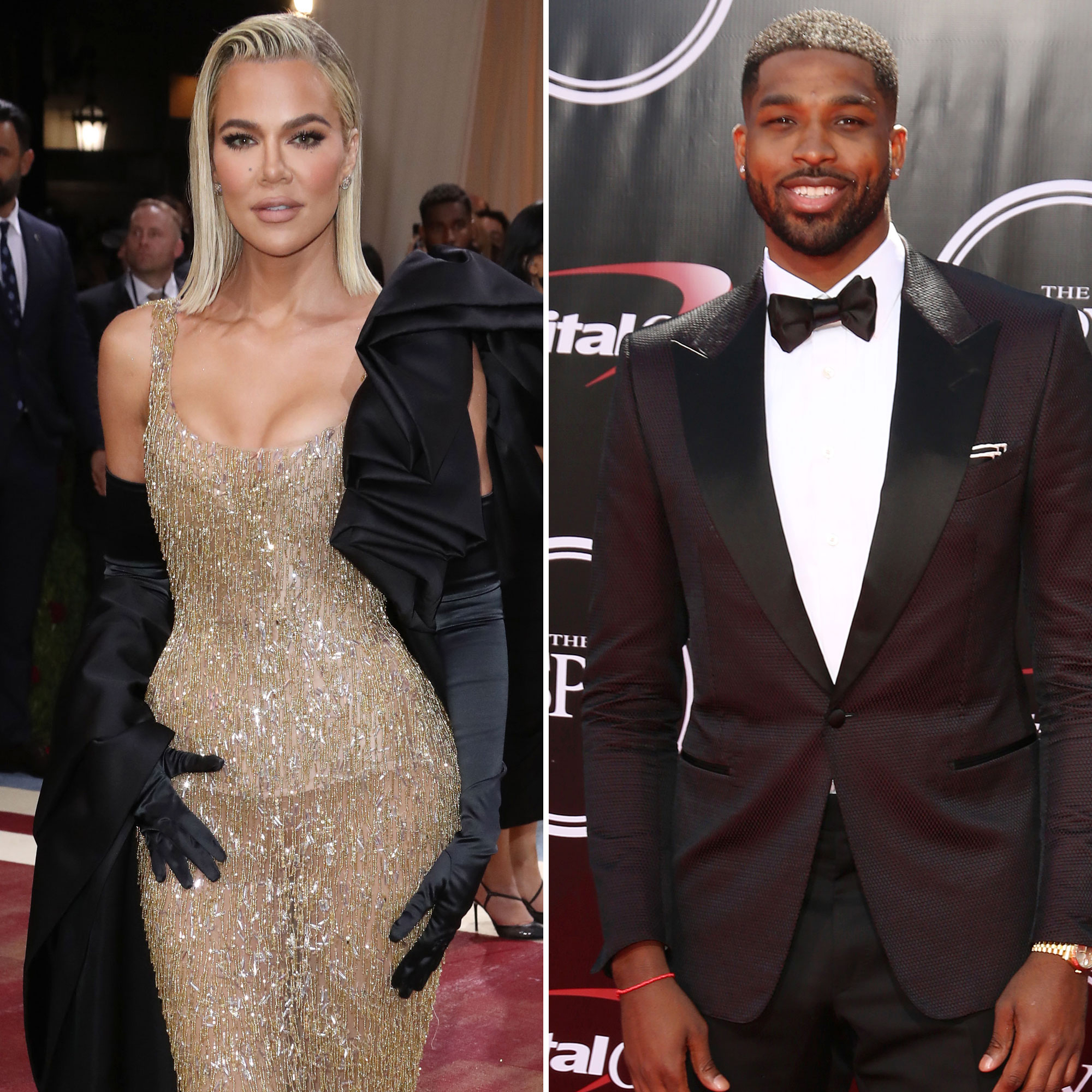 While the former couple, who already share 4-year-old daughter True, called it quits for good in 2021, the Revenge Body author’s plan to become a mother never wavered.

“The baby was conceived via surrogate before it was revealed to Khloé and the public that Tristan was having a baby with someone else in December,” the insider explained to Us, referring to Thompson’s scandal with Maralee Nichols, 31, which came to light last year when the fitness instructor sued Thompson for child support, claiming to be pregnant with his child.

Kardashian has been vocal over the years about her plans to expand her family, even opening up about her desire to begin an IVF journey on a February 2021 episode of Keeping Up With the Kardashians.

Khloe’s Most Honest Quotes About Tristan: Infidelity, Coparenting and More

“I’m gonna need you,” the reality star told Thompson at the time. “We have to line it up with your schedule so I can make embryos with my frozen eggs. … I think I’m ready to do the whole pregnancy thing again. This process might take time. I have no idea. I want to be prepared.”

Ultimately, the Strong Looks Better Naked author chose to conceive via surrogate after learning she was at a “high risk” of potentially miscarrying. “[My doctor] said she would feel terrible putting [an embryo] in without warning me that most likely I wouldn’t be able to carry,” she told Kim Kardashian at the time.

The Celebrity Apprentice alum and former Cleveland Cavaliers star were first linked in 2016, before welcoming True two years later. Following two cheating scandals, they split in February 2019. The twosome briefly reconciled, however, in 2020 amid the coronavirus pandemic, but the athlete was unfaithful again after meeting Nichols, 31, in December 2020.

When Did Khloe and Tristan Decide to Have a 2nd Child? A Timeline

The Khloé & Lamar star initially discovered Thompson’s transgression when the KKW Beauty founder, 41, discovered the legal documents surrounding Nichols’ child support lawsuit. The University of Texas alum confirmed his paternity in December 2021 and the two welcomed son Theo that same month. The Canada native is also the father of son Prince, whom he shares with ex-girlfriend Jordan Craig.

Khloé, for her part, has moved on romantically from the Chicago Bulls player. Us confirmed last month that she was dating a private equity investor whose identity has yet to be revealed.