Why kindness can be the best medicine of all

Why kindness can be the best medicine of all: A nurse recalls 20 years of caring for others

THE LANGUAGE OF KINDNESS

Christie Watson was only 17 years old when she walked into the room of a mental health patient who had stuck a pair of scissors into his arm.

As a student nurse, she knew she had to act quickly. But the physical shock was so great that she froze, transfixed by the blood ‘spewing out of him in a grotesquely beautiful arc’.

Then she found herself ‘rushing at the blood and the emergency buzzer, and shouting all at once and the room fills up with people far more qualified than I am to deal with such an emergency. Someone gives me a glove. “Put pressure on it. Press as hard as you can.” ’ 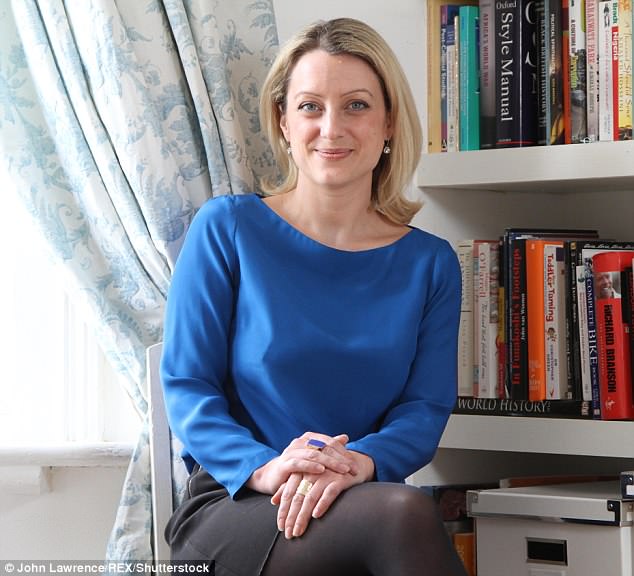 Christie Watson (pictured) recalls her 20 years as a nurse in a new memoir.  Throughout her career she gained extensive experience in various wards as well as the operating theatre

Although Watson was scared of blood (she had fainted during the blood test she was required to take before training), she pressed so hard on the man’s gaping wounds that her fingers went numb.

In that moment of wishing with her every fibre ‘to wrap him in a blanket and keep him safe’, she became a true nurse.

Her 20 years on the wards have taught Watson that, although knowledge of biology and chemistry is essential, the art of good nursing lies in pure kindness.

Doctors and surgeons, many of whom spend little time getting to know their patients, churn out memoirs. We hear far less often from nurses and therapists, but they are the people who hold our hands while the doctors check our scans, anchoring us to the people we were before illness reduced us to a set of symptoms.

Watson herself remembers a nurse who, when she was hospitalised for a severe allergic reaction as a child, fed her tiny spoonfuls of yoghurt.

I will never forget the nurse who sang lullabies with me beside my newborn son’s intensive care cot at 2am, then came back after her shift had ended with a cup of coffee.

It’s time we heard their side of the story. And who better to tell it than this senior nurse-turned-award-winning literary novelist. Qualifying in the Nineties, Watson worked in the labour ward, A&E, geriatrics, the operating theatre and mental health unit. But she spent the greater part of her career nursing seriously ill children. This makes for incredibly painful reading.

How much does the NHS spend each year?

£4,677 What the NHS will spend every second this year

I had to put the book down while Watson described washing the smoky smell from the hair of a little girl who had died in a fire, and her struggle to manage a non-judgmental demeanour in the face of parents who had been extinguishing cigarettes on their infant’s tummy.

‘A nurse’s bones become harder with every case of cruelty she witnesses and there are too many,’ writes Watson.

Yet her hands always shake as she pushes open the doors to A&E, which reminds her of the random nature of life. We cannot know whose roof will collapse, whose brakes will fail, whose wife of 40 years will develop dementia and stab them.

Yet she witnesses ‘a beauty, a togetherness’ among its staff, for whom ‘every day is intensely felt, examined and truly lived’.

Watson doesn’t spare us any of the fluids or smells (nurses learn to breathe in through their mouths and smile). 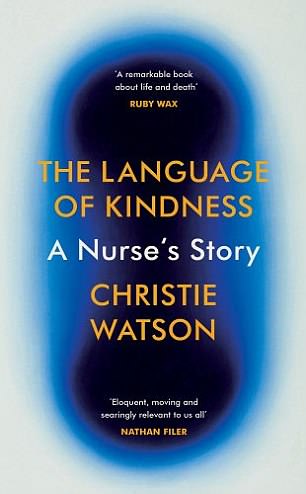 THE LANGUAGE OF KINDNESS by Christie Watson (Chatto £14.99)

They also learn to find joy in the most unlikely places. The laughter of a six-year-old girl with a brain tumour turns out to be the most exuberant sound in the book.

Although many of her colleagues and patients cling to religious faith, Watson ‘struggles to make sense of anything’. But she concludes that what matters is ‘dignity, support, care, tenderness and respect’.

She ends her book with a passionate plea for those values in an underfunded NHS: ‘It is hard to be kind when you are undervalued by society, by your employers and the media . . . when you are exhausted and working in an unsafe environment.’

By the time Watson quit nursing, she was depressed, tired and so broke, she caught her ten-year-old daughter trying to tape over the holes in her shoes. Our nurses deserve better.