Knitting fan, 92, knits her own replica of royal residence Sandringham

The purly queen! Knitting fan, 92, knits her own replica of royal residence Sandringham… complete with royals

Like the Queen, she is in her nineties and a great-grandmother many times over.

And like Her Majesty, she owns Sandringham. The difference is, Margaret Seaman knitted her version of the Norfolk estate.

The 92-year-old has worked up to 15 hours a day for the past two years to produce this huge model.

The main house and gardens were completed within six months. 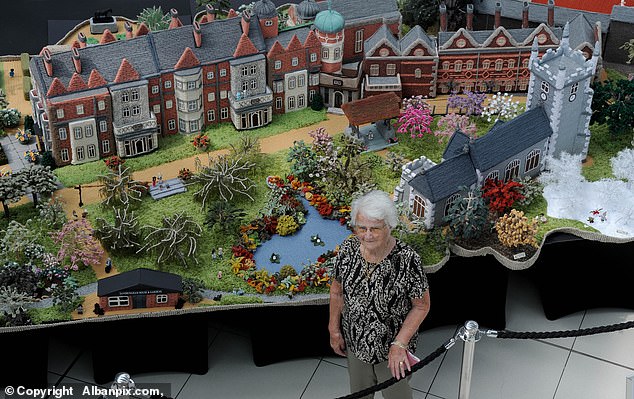 Margaret Seaman, 92, worked 15 hours a day over two years crafting her incredible version of Sandringham House and and estate 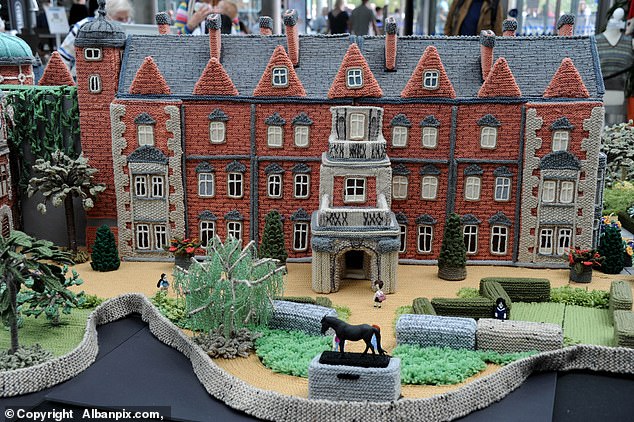 Mrs Seaman has since added the library wing, ballroom and a former stable block that was converted into a museum and cafe. The 18ft by 8ft tableau also has a model of St Mary Magdalene Church, where members of the Royal Family worship on Christmas Day.

Knitted figures include the Queen and the late Prince Philip, who appear on the balcony at the rear of the main house, and Prince William and his family.

Prince Harry and his wife Meghan are not featured, following their decision to live in the US.

There are also a gardener with a wheelbarrow, three visiting nuns, a bishop in the porch of the church and horse riders.

Buildings were formed by sculpting and sticking together solid polystyrene buildings blocks and gluing on knitted facades. 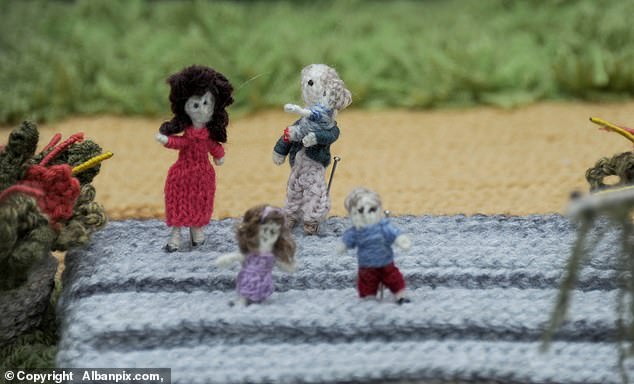 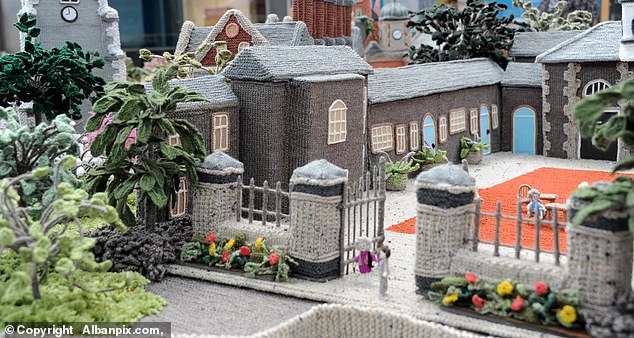 Trees, which include some with up to 200 individual knitted leaves, defy gravity with help from florist’s wire

Mrs Seaman, who is also a great-great-grandmother, said: ‘I’ve always loved knitting but I am not as quick as I used to be because my fingers are not so agile. It is just a pleasure for me to do something that people like and enjoy looking at.’

Her husband Fred died eight years ago and she lives with daughter Tricia Wilson – one of her four children – in Caister-on-Sea, Norfolk. Her first large-scale knitted model, two years ago, was her home town of Great Yarmouth, recreated in its 1970s heyday.

Last year she made a model ‘Knittingale Hospital’ – named after the temporary units set up to accommodate an anticipated surge in Covid patients – in tribute to the NHS.

‘I start on a piece, work so far on it and then, if I get stuck and can’t think of what to do next, I leave it and start on something else,’ she said.

‘Usually I’ve got five or six pieces on the go at the same time and I work on whichever one my brain tells me to do.’

Mrs Seaman said the hardest part of her Sandringham Estate to make was the church, which needed ten different types of grey wool to get the colours right.

Dozens of other colours of wool were used to match the bricks, chimneys, windows and decorative features of all the buildings. 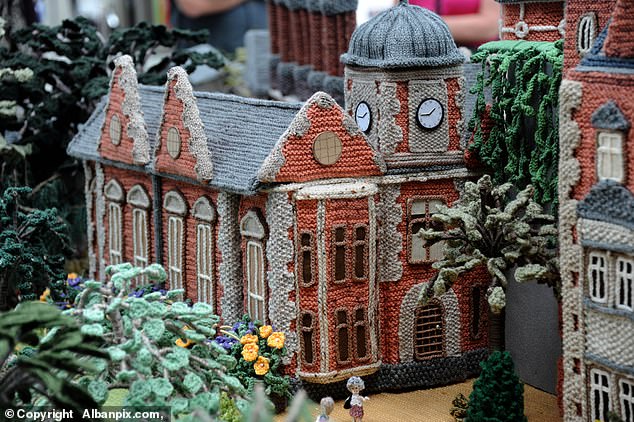 The 18ft by 8ft tableau also has a model of St Mary Magdalene Church, where members of the Royal Family worship on Christmas Day 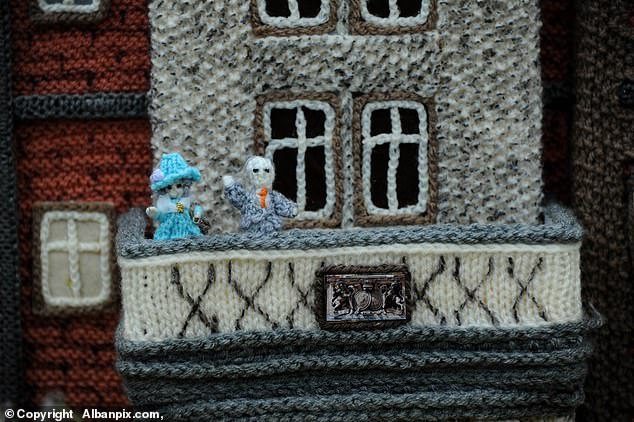 Mrs Seaman even noted the shades of blinds when she visited the property for the first time – on her 90th birthday – to make the woollen reproduction as accurate as possible.

Her model of Sandringham is on display until next Friday at the annual Norfolk Makers Festival at The Forum Centre in Norwich.

It took two days to set up from the different sections packed away in 50 boxes and stored in every room of her bungalow.

Mrs Wilson, 72, said: ‘My mother has always relished a challenge. When she makes her mind up to do something, she just does it. She has been like that for all her life.

‘She worked hard, bringing up children and helping my father run businesses and has always enjoyed knitting. But she started doing it more after my dad died.’

Mrs Seaman is collecting donations from admirers of her knitted creations to raise money for Norfolk’s three hospitals via www.justgiving.com/crowdfunding/ margaretknitsfornorfolk