This week's fatal shooting spree at a kosher supermarket in New Jersey underscores the array of threats facing Jewish Americans, community leaders say, as well as the importance of training to cope with unexpected dangers in everyday situations.

The shooting left six people dead, including the two attackers and a detective.

It's a "reminder to the community, although we don’t need one, that whether someone is inside in a synagogue, at a Jewish summer camp, or shopping at a kosher supermarket, we are a community that faces a complex and dynamic threat environment,” Michael Masters, CEO and national director of the Secure Community Network, told FOX Business.

Secure Community Network is the homeland security and safety organ that works on behalf of the Jewish Federations of America and other Jewish organizations. A nonprofit headquartered in Chicago, it serves as the official liaison between federal law enforcement and the Jewish community and has offices throughout the country.

“Threats range from violent white supremacist extremists to violent Islamic extremists and, as we saw this week, black Hebrew Israelite members, as well as everyday criminals,” he said. “We have to be prepared for and protected against all of those diverse threats.”

On Tuesday, David Anderson, 47, and Francine Graham, 50, fatally shot Jersey City police Detective Joseph Seals, then drove a rental van to the area of JC Kosher Supermarket in Jersey City, where Anderson climbed from the driver’s seat and immediately opened fire, with Graham following behind him. 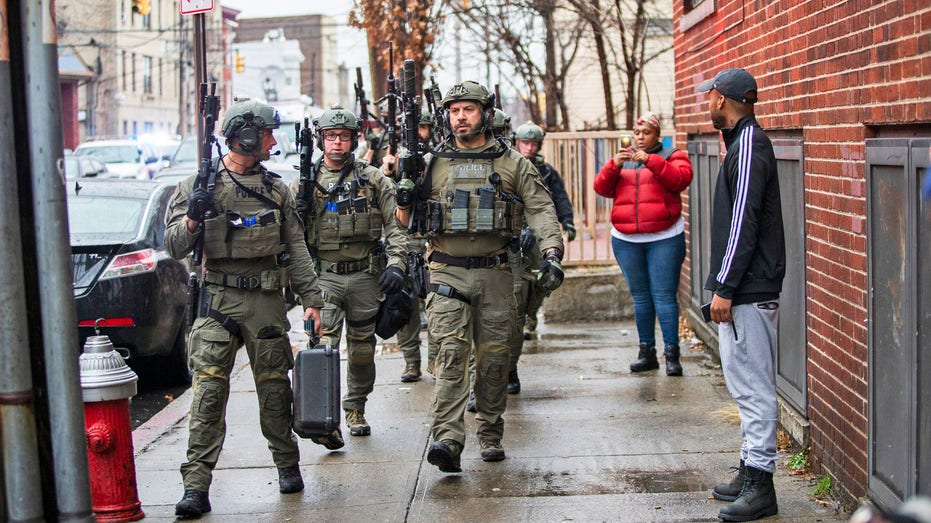 They shot and killed three people – market employee Douglas Miguel Rodriguez, 49; Mindel Ferencz, 31, who owned the store with her husband; and 24-year-old Moshe Deutsch, a rabbinical student who was shopping at the time. A fourth person was wounded but survived, according to officials.

Another suspected victim, a 34-year-old Jersey City resident named Michael Rumberger, was discovered with head injuries on Saturday, Dec. 7, just over 6 miles away in Bayonne, New Jersey. State and local authorities believe that attack was related to the shootout a few days later.

Anderson and Graham died during a firefight with police at the supermarket. The pair had with them five guns, including an AR-15-style rifle and a shotgun they were using when they entered the store. An operable pipe bomb was also found inside their vehicle, Attorney General Gurbir Grewal said.

“We are in mourning for the loss of the community, not just in the Jewish community, but the law enforcement officer and the other citizen that was killed,” Eric Fingerhut, president and CEO of the Jewish Federations of North America, told FOX Business. “It's just an unspeakable event.” 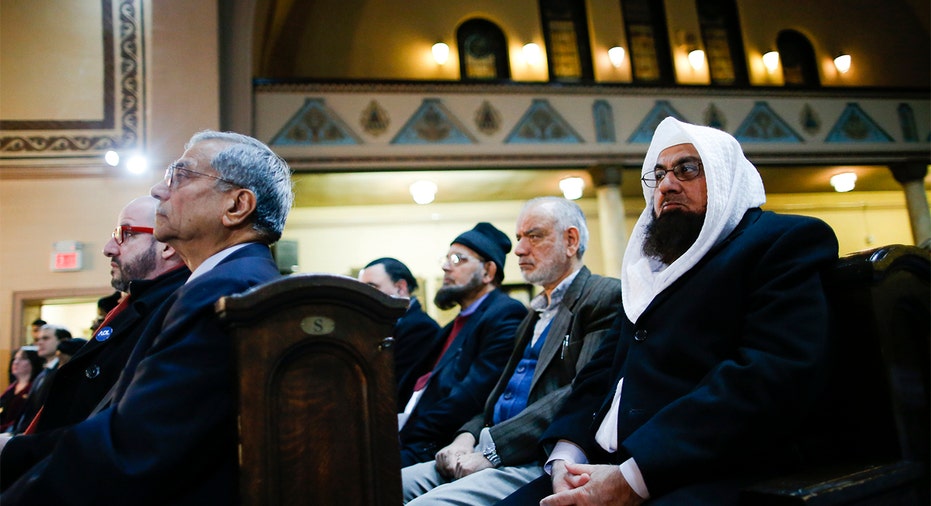 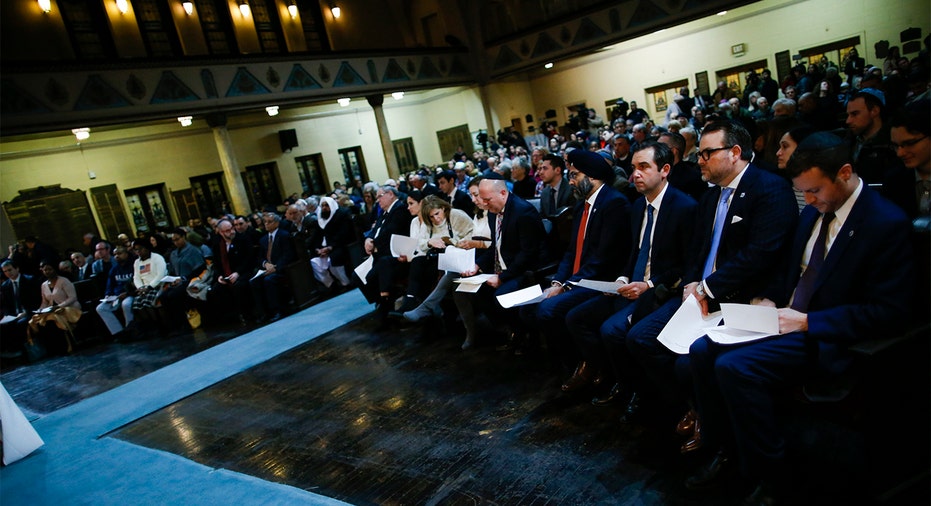 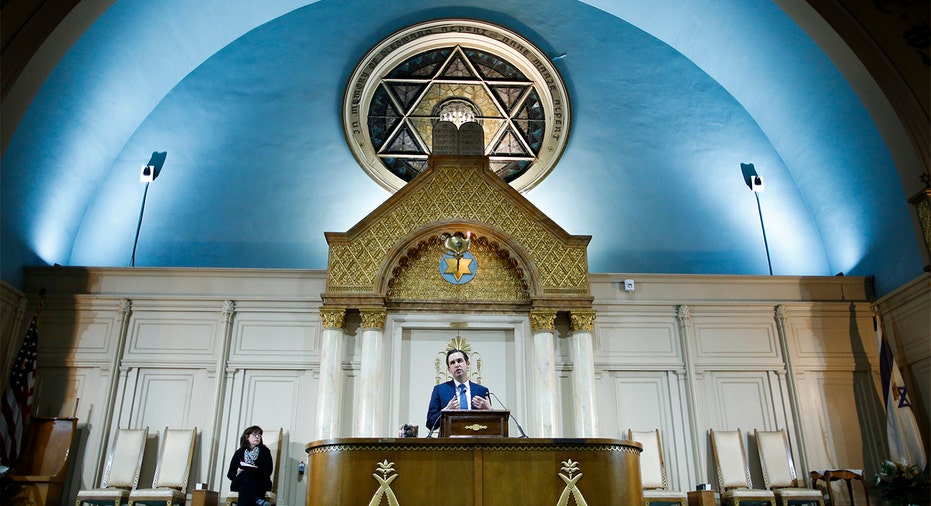 People attend a vigil for the victims who were killed in a kosher market in Jersey City, New Jersey, Wednesday, Dec. 11, 2019. (AP Photo/Eduardo Munoz Alvarez)

Just over a year ago, 11 people were killed in the Tree of Life Synagogue shooting in Pittsburgh and in April, one victim was killed and four others were wounded during a shooting at the Chabad of Poway synagogue in San Diego.

“We all have an obligation to do everything we possibly can to prevent these kinds of things from happening,” Fingerhut said. “If our country doesn't understand this is an epidemic that has to be addressed in a serious way, then we're not doing our jobs.”

Fingerhut acknowledged that law enforcement agencies are working to address what he called “the rising, violent nature of anti-Semitism” but said local, state and federal officials are not “going far enough, fast enough.”

“We call on governments and law enforcement … at the federal and the state and local levels to understand that we have a serious crisis on our hands and to gain the sophistication they need and get whatever, ask for whatever legal tools they need to address these challenges.”

He added that the community has a responsibility to make sure it has security plans, training and necessary hardware in place.

“This is a big undertaking, as you can imagine, to secure the entire Jewish community in the country,” he said. “And we are accelerating our efforts both in raising funds and building out the security umbrella that we need.”

Masters told FOX Business that communication within the community is “absolutely vital” and emphasized its importance during Tuesday’s attack, noting that there are two synagogues within blocks of the crime scene. A Catholic school is also nearby.

“Situational awareness training,” which teaches people to pay attention to what's going on around them in an era when they're often distracted by cellphones and other technology, is crucial, he said.

“We really encourage people to undergo the training and be aware of your surroundings,” he said. “We work with institutions around the country to do facility assessment to make sure they’re as safe and secure while being as open as possible.”

More than anything, he said that safety within the Jewish community cannot be achieved through any one-size-fits-all-approach. Much like a fire drill, he said, everyone is told the basics of what to do, but each building’s procedure is different, based on the layout and structure.

“There’s best practice, but every community, every organization is unique,” he said. “What we’re working to do is create a best-practice, uniform approach [to] safety and security within the Jewish community.”