As the days of beachside tanning and trips to Europe come to an end for the mother-of-three, Kourtney is enjoying her final vacation for the summer in Mexico. In photos, the fit reality star is seen sporting a yellow bikini as she runs along the beach with her friends Amanda Lee, Stephanie Shepherd, Sarah Howard and makeup artist Hrush Achemyan.

The bright swimwear is just one of the many bikinis the Kardashian has modeled on her getaway, among other of items of clothing.

On Thursday, the 39-year-old raised eyebrows when she shared a stunning topless photo of herself to support Shepherd on her denim line with J Brand.

The pictures of the star flaunting her fit physique is proof that Kourtney is living her best life after breaking up with Younes Bendjima. Although, it really wasn’t hard for her to move on in the first place. A source previously said, “She was upset for a moment and then got over it.” 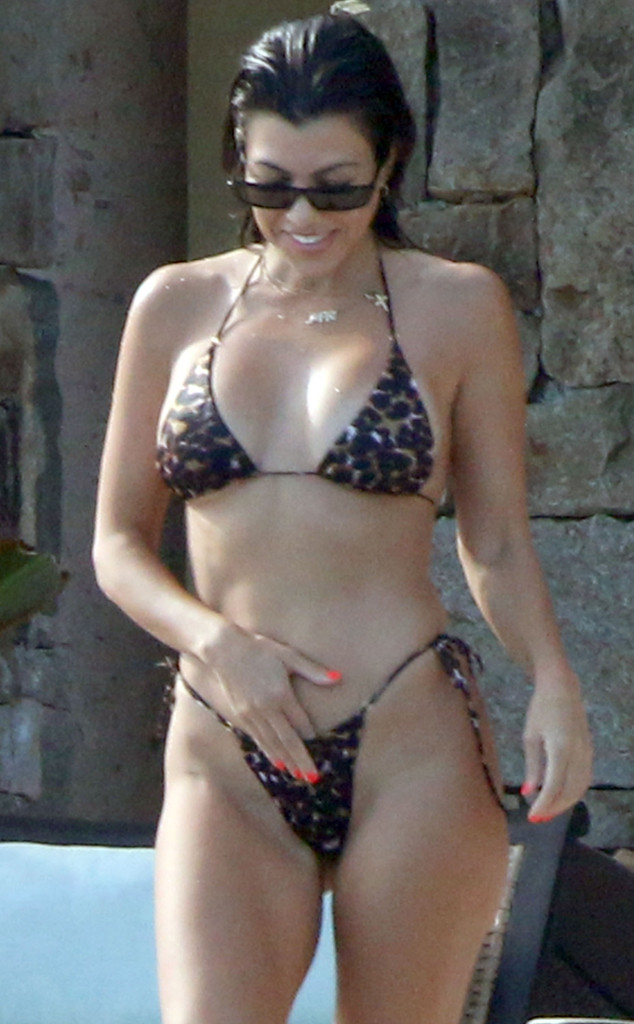 Younes made it easy for her to kiss their relationship goodbye for good, especially after the model was spotted cozying up to Jordan Ozuna just days after their split. And although both parties vehemently denied they were romantically involved, a source told E! News at the time that “now that these photos surfaced, things are definitely over.”

Then, on Thursday, an old video from March surfaced of Bendjima attacking a young man at the nightclub Delilah in West Hollywood, which likely made Kourt’s decision more permanent.

Meanwhile, the star is soaking up the last rays of summer with her pals and has been busy sharing their antics in Mexico. Whether they are tanning poolside, attempting handstands or simply messing around, the newly-single celeb and her friends are enjoying themselves, as evident in their Instagram Stories.

If only we could all live the life of a Kardashian.