Why was Kristen Stewart the only guest at Chanel’s runway show?

The 30-year-old actress was photographed wearing a red and green oversized jacket, a beige sweatshirt and jeans.

Her hair was styled in the late princess’ signature feathered, blond coif.

The casual look is reminiscent of a similar outfit Princess Diana was photographed in April of 1992 when the royal took her son, Prince Harry, to Wetherby School in London.

In a new photo from the film — which will chronicle one weekend in December 1991 in which Diana’s marriage to Prince Charles fell apart — Stewart is seen standing next to an older vehicle model. 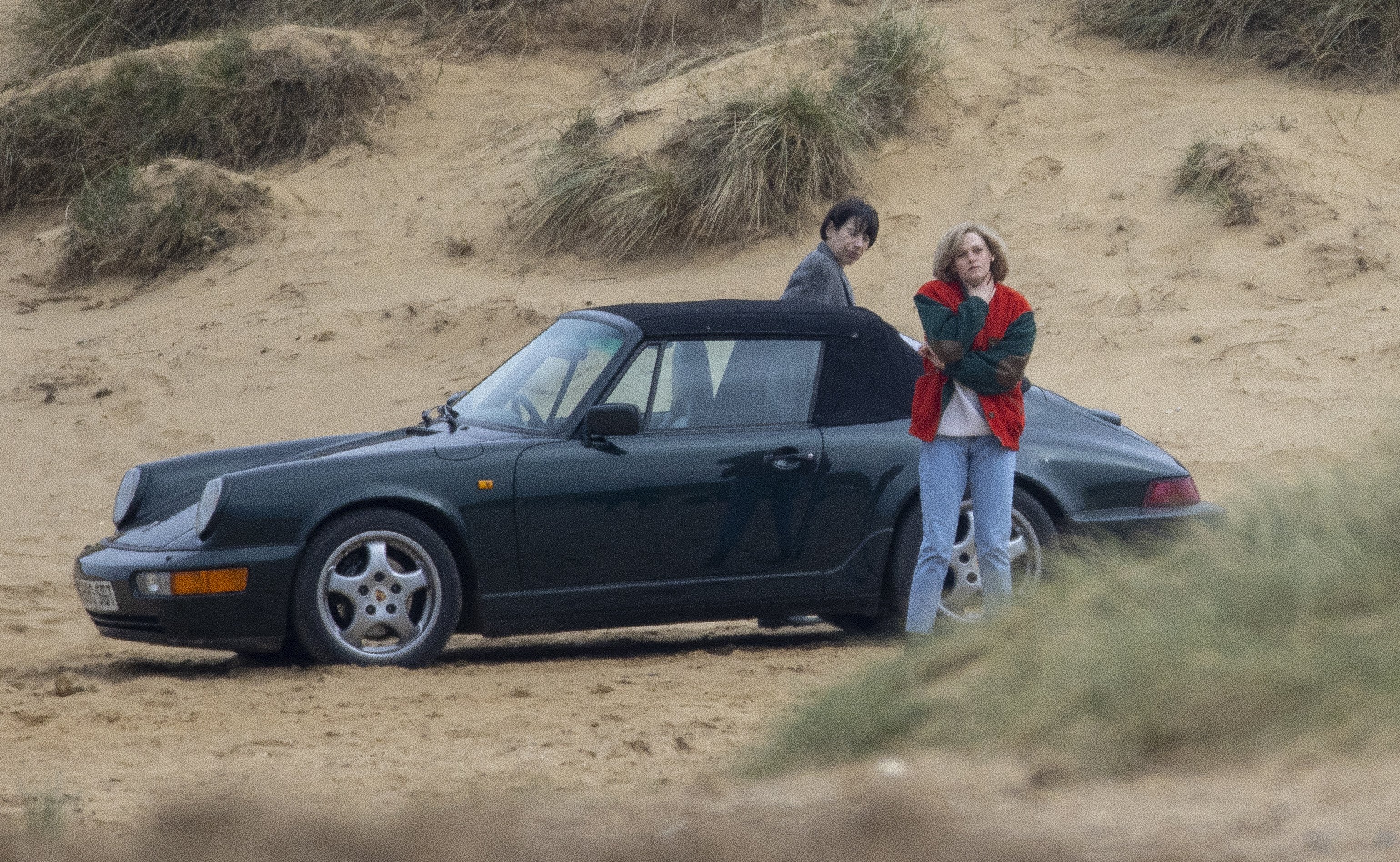 The latest images were taken in and around the Sandringham Estate, which is regularly used by the British royal family, and located in Norfolk, England.

For one of the scenes, the car was mounted onto a bickers truck and driven through the Sandringham estate since the cast and crew reportedly do not have permission to film on the privately owned property. 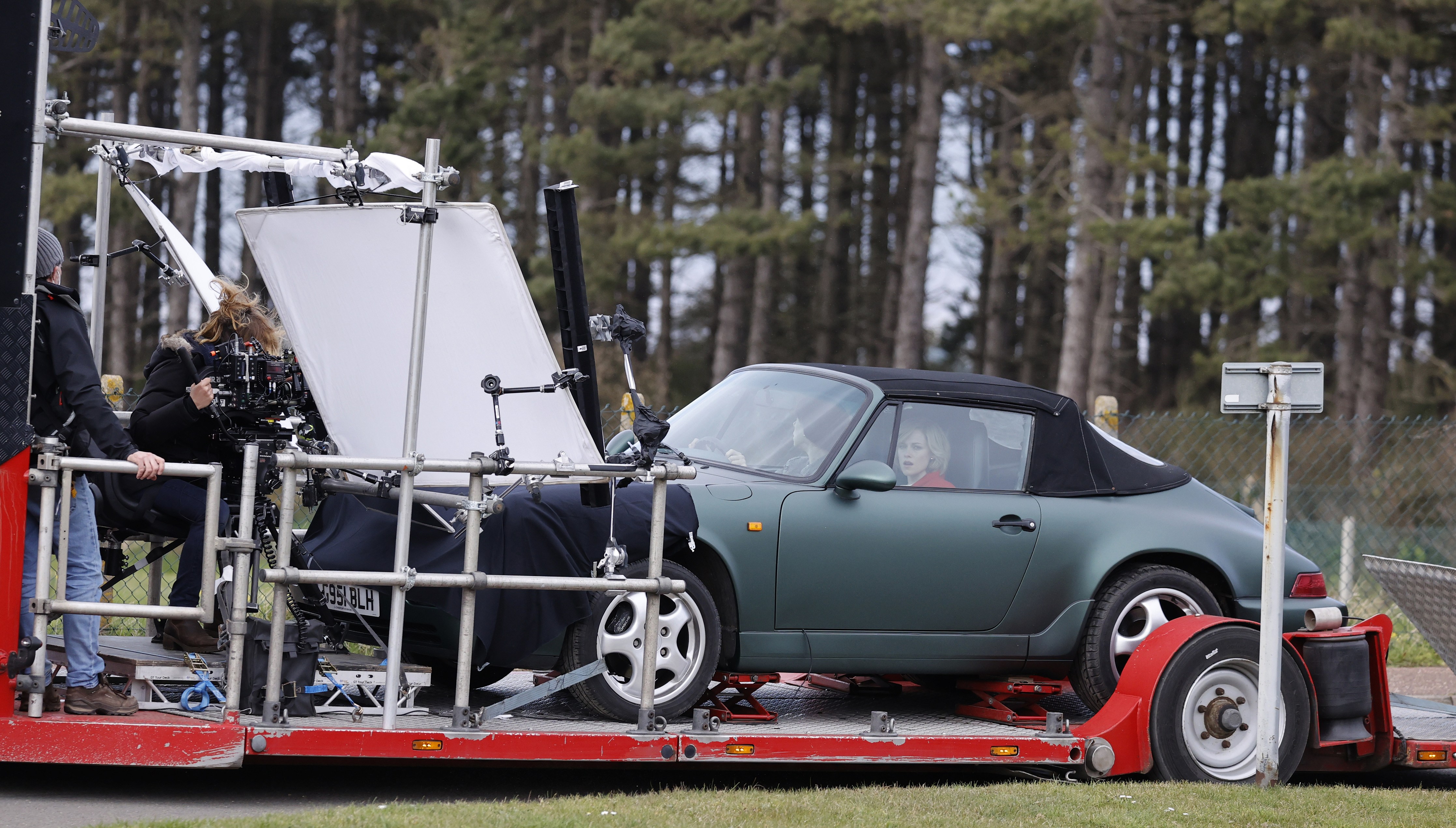 In another image, Stewart was photographed inside the vehicle in a different outfit — first seen in previously released in shots from the set — that consisted of a plaid blazer, a cream top and sunglasses. 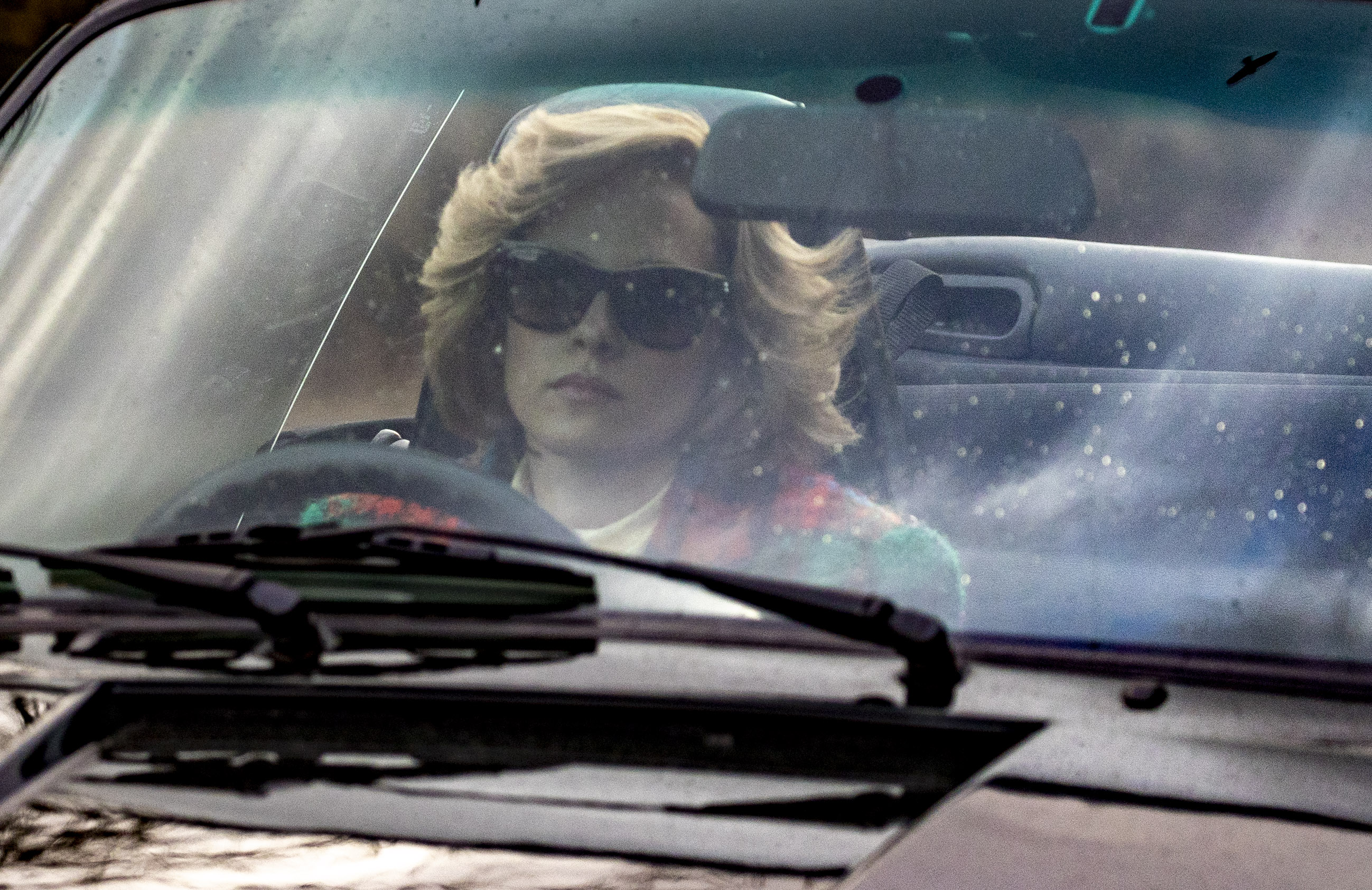 Stewart’s plaid blazer is meant to resemble a Catherine Walker design that Lady Di wore during a November 1988 visit to the Château de Chenonceau in France.

The “Twilight” star has excited fans since the release of her first photo in full costume, in which she bore an uncanny resemblance to Diana. 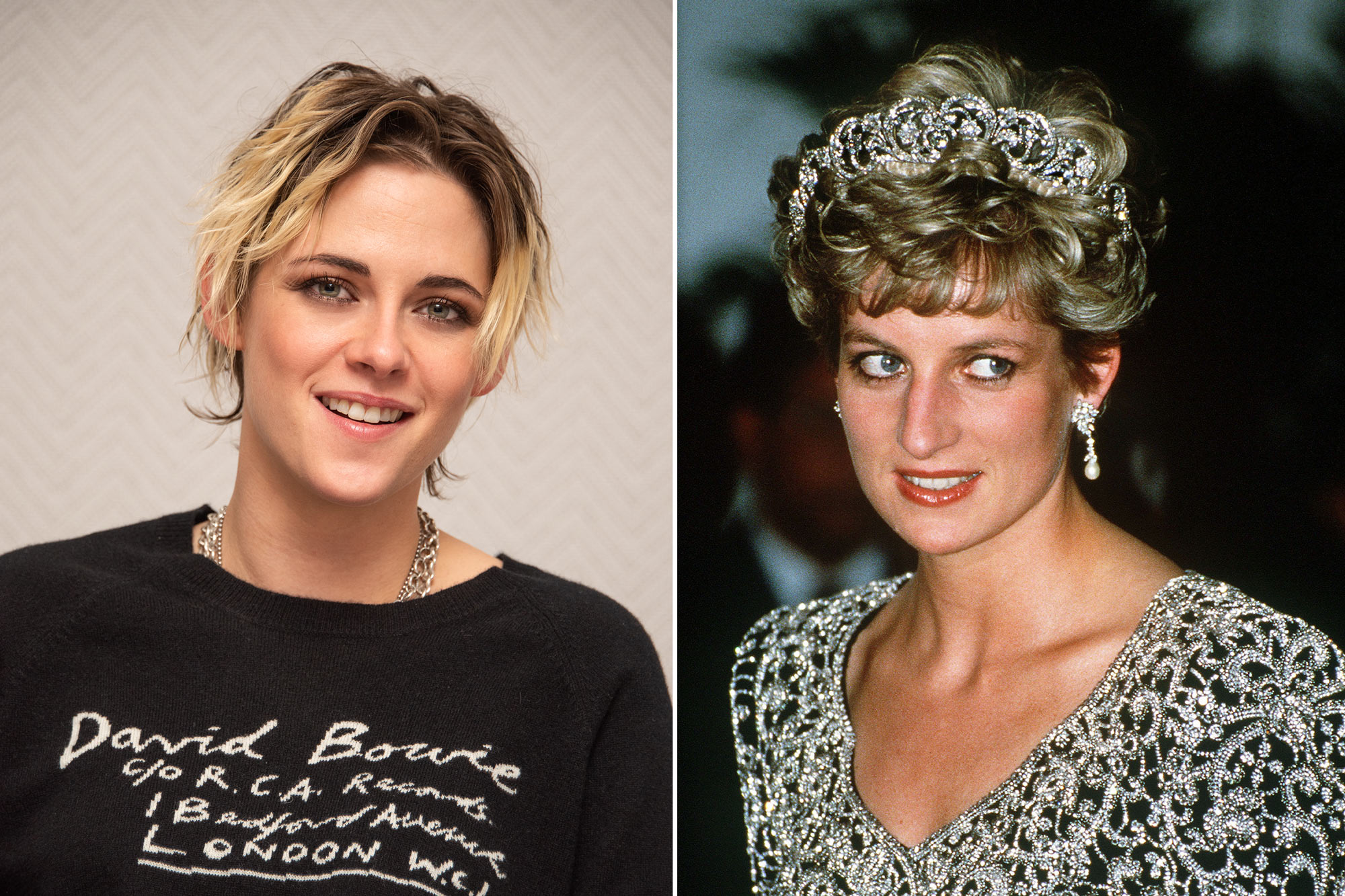