Keeping up with Kanye West Opens a New Window. ! The 41-year-old rapper made his official full-fledged cast member debut when he joined wife Kim Kardashian Opens a New Window. on the interview couch during several confessional shots throughout the Sunday, March 31, season premiere of Keeping Up With the Kardashians. 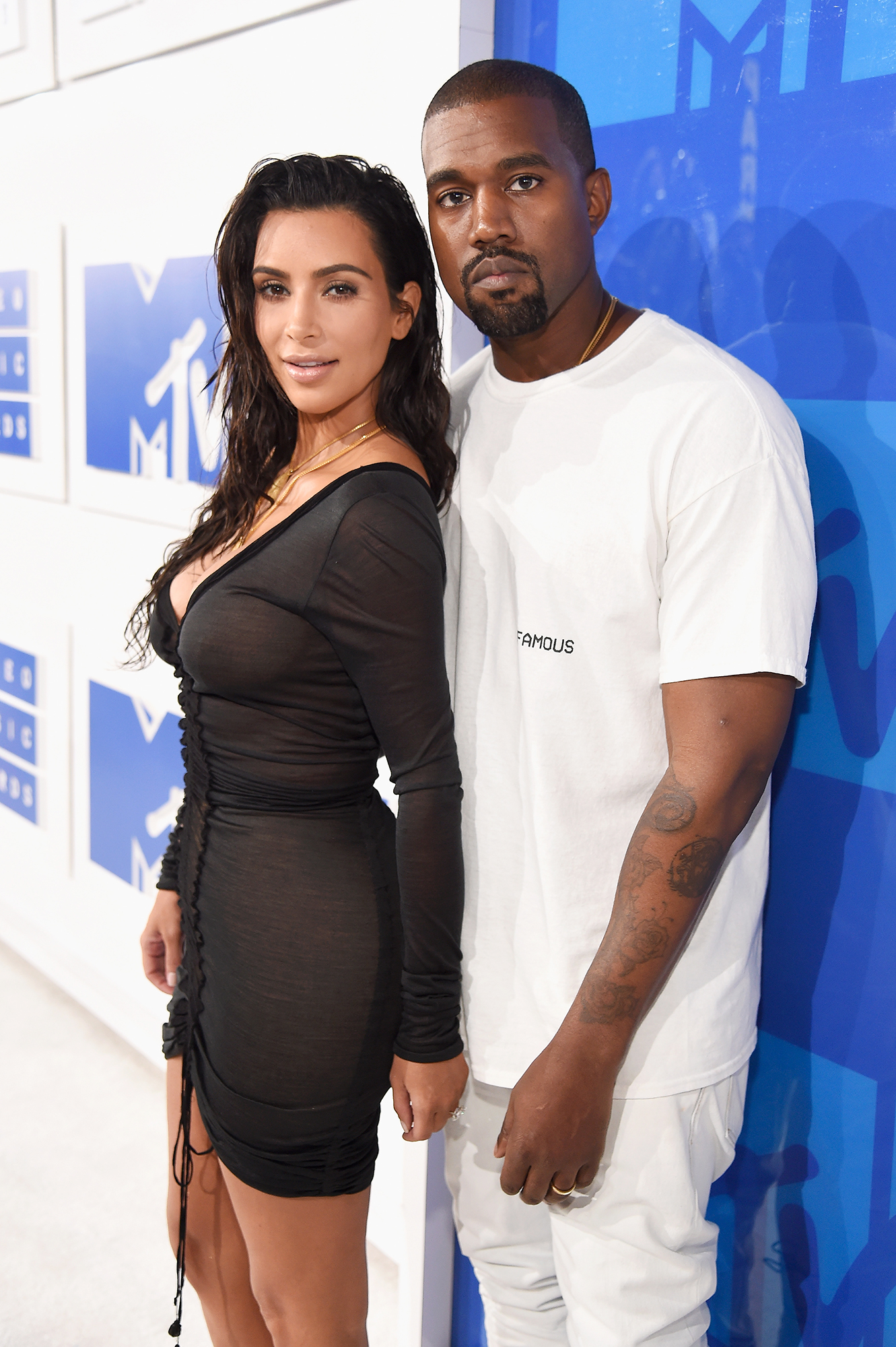 When explaining his reasoning for appearing on the reality show in a more official capacity, Kanye stated his inspiration came from an animated Pixar film. “The movie The Incredibles, it starts off with the interviews,” he explained, adding, “The wife got a big butt, and I just see our life becoming more and more like The Incredibles.”

The episode kicked off with Kim and Kanye announcing their newest pregnancy via surrogate, with Kim revealing, “We’re having a boy.” Soon after, Kanye, Kim and their eldest daughter, North West Opens a New Window. , were jetting off to Chicago for a brief trip to show North her dad’s hometown roots.

While in Chicago, Kanye revealed that he had made amends with Rhymefest following the rapper’s March 2018 tweets that accused Kanye of abandoning a charity founded in his late mother’s name, Donda’s House. Kim, clearly still heated over the interaction, said, “He was using your mom to s—t-talk you and that’s where I draw the line.”

Kanye then revealed that the source of the beef grew out of a bad interaction with an assistant, “I had an assistant who was rude to Rhymefest. … We were connecting and bonding, then this person who worked with me was extremely rude to him.” Kim was not having that excuse and remained flabbergasted at Kanye for being so quick to forgive Rhymefest. Kim even questioned Kanye’s rationality to which the Yeezy designer responded, “I’m not rational, I’m spiritual. Spirit is love. … I’m all about forgiveness.”

Kim appeared exhausted while venting to her mom, Kris Jenner Opens a New Window. , saying, “I can’t, like, babysit him and figure out who’s f–king him over today and who he’s gonna forgive.” She added, “It is so frustrating to me to see him not, like, care and see people walk all over him.”

The episode culminated in Rhymefest sitting down with Kim and Kanye. Rhymefest clarified his side of the story, emphasizing that his frustration “wasn’t about money.” He then implied that he became frustrated with Kanye for not tweeting and promoting material related to Donda’s House. Rhymefest also stated, “Kanye is from a village and the village was feeling like our dear brother … turned his back on the village.” Kanye excused his behavior saying, “I was going through some s–t.” Rhymefest eventually apologized for handling the situation so publicly and the trio made up.

The explosive premiere also featured a drop-in from the family billionaire, Kylie Jenner Opens a New Window. , who helped Kim look at packaging ideas for her perfume line. Kim then showed Kylie video footage of her surrogate’s latest ultrasound.

Keeping Up With the Kardashians airs on E! Sundays at 9 p.m. ET.